Patty collects recipes and gadgets from the past and is interested in early American history, the Civil War, and the 19th century.

Learning About The Taco And Tomatillo

Having no idea of the nature and content of Mexican dining as a world cuisine, I encountered American fast food "Mexican" at a Taco Bell restaurant in college.

The name of the chain was actually something else, but Taco Bell sprung up and then bought them out. Still, a taco here was only ground meat in a hard folded cornmeal shell, festooned with shredded lettuce and American cheese shreds, which fell out on the first bite.

This was neither convenient nor tasty, and as with most fast food dishes, it took too many to feel as if you'd had a meal. Greasy, too.

The Taco Bell "chilito" (now defunct), a flour tortilla wrapped with a white cheese and some picante sauce was something I liked and began to make at home, adding my own vegetables and seasonings. Occasionally, I would purchase a chilito through the drive thru, but not often.

The Breakfast Burrito was a good idea, which I copied at home, but breakfast at Taco Bell was short lived. Then, in about 2015, it came back with additional Americanisms like bacon and eggs.

Students of mine that travel to Mexico often have taught me traditional Mexican and Cuban cuisines, and this Hub is about the Mexican cuisine and features tomatillos.

The tomatillo was a favorite of the Maya and the Aztecs, long before Spanish explorers appeared.

The Tomatillo In the Americas

Perdue University Extension Service tells us that this plant food is known by a number of nicknames: tomatillo, husk tomato, jamberry, ground cherry.

In Spanish this food item is called: tomate de cascara, tomate de fresadilla, tomate milpero, tomate verde, tomatillo (in Mexico), miltomate (in Mexico and Guatemala). It has been found in archaeological digs dating as far back as 950 BC.

While the fruit is not a tomato as we know it, the tomatillo is but one of many round fruits and vegetables that a group of Mexican/South American Native Americans (likely Aztecs) called "tomatl."

The tomatillo grows in Southern California (the Baja Peninsula), southwards, all the way down to Guatemala. We often find them in grocery stores in North America now.

5 out of 5 stars from 2 ratings of Chile Verdi 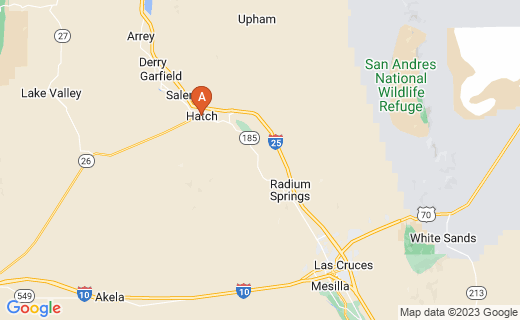 This recipe make a large amount of flavorful relish.