Trahana is a soup which is very popular in Greece and Cyprus. This dish is very nutritious and is usually served as a light meal. Thus, it has been found to be very beneficial for stomach disturbances as well as when recovering from an illness.

It originally was created out of the need to preserve food for times when there was none available. So it was prepared during the summer months in order to be consumed during the winter. Throughout the years, trahana became a very popular soup and is now a food product found in the homes of most Greeks and Cypriots around the world.

Trahana is made of bulgur wheat; a wheat similar to cous cous. In Greece there are two different variations of trahana. One is rather sweet due to being made with milk, and the second, being the most famous, is sour as it is made with yogurt or sour milk. In Cyprus however, it is more likely to only find sour trahana as this is the only type of trahana which is produced by the island.

How is trahana made?

As you can see from the image above, trahana comes into pieces. These pieces are made of a dried mixture of bulgur wheat and either yogurt or milk. The type of milk usually used is goat’s milk. Therefore, the bulgur wheat and yogurt or milk is also mixed with flour, salt and a particular type of herb. Then it is shaped up and left to dry. Bear in mind that although trahana is dried, milk proteins are preserved.

Thus, there are two different ways to form trahana pieces. One way is by shaping the pieces prior to drying. The other way is to form one large disk of trahana and, when dried, break the disk into several smaller pieces.

This is a video I came across, presenting how trahana is made!

How to store trahana

Trahana could be stored in a dry place. However, it can be preserved for longer when kept in the fridge; especially if the packaging has been opened.

How is trahana served?

A few pieces of trahana are boiled in water, while a few additional spices are added, in order to form a delicious thick soup which is both light as well as nutritious. In Cyprus, the traditional way of making trahana is by adding pieces of halloumi cheese in the soup.

In the following I will be showing you how trahana soup is made in Cyprus.

I hope you enjoy it! 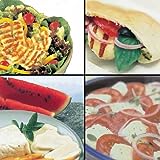 How to tell whether trahana has been fully cooked!

The soup is ready when the bulgur wheat becomes soft.

In addition, you will also notice that most of the water will be absorbed by the trahana while cooking.

5 stars from 3 ratings of Trahana Soup

There are various ways of making Trahana Soup. Therefore this is my own personal recipe for this dish. It has not been copied from a cook book or any other source.

Any unauthorized reprint is prohibited unless you have my permission to do so. For details contact me at cachilleos9@gmail.com.