The Health Benefits of Coconut Oil were known even 60 years ago but are just beginning to be understood scientifically, more widely. Coconut oil should be the only oil you use in cooking, adding digestion, hair care and just about anything else to do with you and healthy living.

What are the Health Benefits of Coconut Oil?

Dr Weston Price was a dentist who traveled in the 1930s through the Pacific studying local diets for their effect on health and dental care. He discovered that a huge health benefits of coconut oil was that although the general diets were high in fat concentration, those having a lot of coconut products in their diets, heart disease was minimal. Those eating these products were also healthy and trim.

What became astonishing was that these people even though they were intaking large amounts of naturally occurring high saturated fat, had any kind of harmful effect on them. Given their staple high saturated fat diet, Price was expecting obesity, clogged arteries and heat conditions, but found none of this.

If you live in the United States you have a 70% chance of being overweight. If you're overweight you have a really good chance of a short life due to possible diabetes and heart problems. A lot of the problems of obesity in the US start right at the heart of cooked food and that's how they're cooked. Many saturated fats are created by large corporations for enhanced shelf life. They're created by a man made process called Hydrogeneration. Hydrogeneration adds hydrogen atoms when heating the oil and this produces the thickened rancid oil you sometimes see and one that is in wide use throughout fast food chains. You should avoid all hydrogenerated vegetable and seed oils.
Coconut oil is a natural pure oil that has outstanding health benefits.

The usual health benefits of coconut oil are:

Benefits Of Coconut Oil For Your Skin

Apart from the now well known scientific fact that when one eats coconut oil the health benefits of coconut oil are huge and doctors are now treating the critically ill, the elderly and pregnant women successfully with it. But for many years massage therapists have been widely using coconut oil for athletic injuries and tensed muscles.

So you can well imagine if athletes widely use coconut oil for muscle bound injuries, the health benefits of coconut oil on your skin. It has a definite support benefit against destructive aging free radicals and you will quickly see how it revives tired skin. You only have to look once again at Pacific Islanders who just don't ever have bad skin even though they work under a very hot climate for most of the year.

Some doctors are even saying that the health benefits of coconut oil applied on the skin will decrease the need for vitamin E. Using coconut oil on your skin will reduce fine lines and wrinkles by building up the connective tissues.

Coconut Oil Products For Your Skin 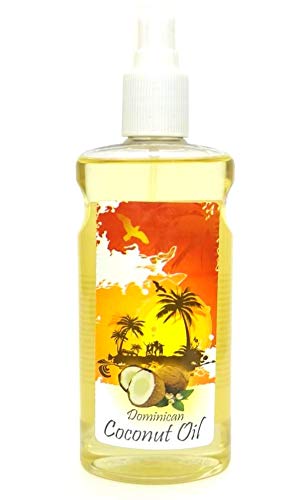 How to Use Coconut Oil in Your Kitchen

While extra virgin Olive oil is great on salads, it shouldn't be cooked, along with common vegetable oils such as, corn oil, soy, safflower and canola. Cooking them makes them suffer oxidative damage. Apart from Olive oil - you should just trash the others. These oils when fried cause an overbalance of Omega 6 - excessive Omega 6 fats contribute greatly to today's health problems like heart problems. Unfortunately many restaurants use them as they are cheap, but unless you eat out a lot, this is probably fairly harmless to you.

One of the great health benefits of coconut oil is that it can be fried. Not only does it taste delicious in your meals, but has no break down properties while being cooked in it and is such a good oil for heart health, weight loss and thyroid problems.

So for any baking or cooking that you're doing, when it asks for butter or some other oil in the recipe, just replace it with coconut oil.

Lauric Acid is a very rare natural fat but makes up half of coconut oil's fat content. Lauric Acid is well known to have huge health promoting properties. Once you ingest Lauric Acid your body turns it into monolauren, which has fantastic ant bacterial and anti-viral characteristics.

Through your conversion to monolauren, viruses such as the following can actually be destroyed:

Lauric acid is a proven bacteria destroyer and one of the huge health benefits of coconut oil is that coconut oil contains more Lauric acid than any other substance on the planet.

It doesn't get better than that.

So, you can see that the health benefits of coconut oil are now medically confirmed and starting to have a dramatic change in life for those that are using it. Change to coconut oil today and feel the benefits yourself.

Dr Bruce Fife takes you through the Health Benefits of only Consuming Coconut Oil.