The Origin of the Heart Shape

Nothing says “I love you” like a yummy treat! It is a fleeting, momentary sign of love, but nonetheless, one most will not refuse. I, for one, am not a proponent of big spending on Valentine’s Day. In the practice of my mother, I prefer to share my affection by baking something and keeping it simple.

So where does the valentine heart originate? Sources seem torn. Keelin McDonnell on Slate.com says it might have to do with a North African plant that is now extinct: Silphium. The plant was used as a seasoning and possibly as birth control, but eventually the seed pod of the plant, which was heart-shaped, became the pattern for coins that were minted. Somewhere along the line, the heart shape became associated with sex and eventually love. Interesting… money, sex, love – an age-old story.

Educationworld.com explains, that in the 1600s Saint Mary Margaret Alacoque,”had a vision of a heart inside a crown of thorns. The shape became more popularly known during the Victorian era, when Britons began using it on a variety of objects”. That, of course, seems a little more PG.

Other explanations include that the heart is the shape of lips or the female buttocks or a misrepresentation of the real organ.

Either way, hearts are here to stay!

The following cookie recipe has been in my file for over 30 years, and I have used it for multiple holiday shaped cookies. The recipe is easy to mix up and makes a nice cake-like cookie. (No refrigeration necessary).

Yield - 4 or 5 dozen depending on thickness 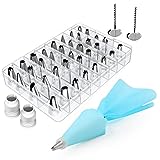 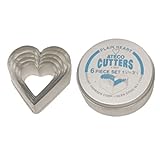