What Is Southern Cooking Anyway?

All of these are among the terms any good southern cook is familiar with, they probably extend beyond our borders.

Can 'southern cooking' be defined? 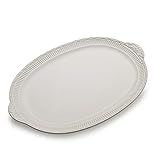 Okra and tomatoes........a combination I never saw until I lived in Texas

Is one large pot big enough?

The 'south' is bigger than you may know, and we have regions.......the Carolinas, the Virginias, Georgia, Alabama, the western southern states, going into Texas, Missouri, Arkansas, Creole and Cajun, no, they are not the same......Mississippi, even Florida is a 'southern state', though, it is probably more often thought of as a travel and vacation destination.

So do substitutions used by each culture. Chicory in your coffee, oatmeal in your pecan pie?

Squash, tomatoes, corn, grits, as well as the practice of deep pit barbecuing were inherited from the southeastern Native American tribes such as the Caddo, Choctaw, and Seminole. Southern cooking is regional. Whether from the Texas plains, the Appalachian Mountains, or under the influences of the Caribbean, Southern Food, is simple, made from what is available, is filling and just plain tastes good.

Many people try to copy a southern recipe and are disappointed. Many cooks have shared this with me........ Why?

An egg is an egg, and chicken is chicken...

When driving a truck, I stopped in a northeastern cafe, which boasted a hand written sign, " Authentic Southern Cooking".

Being in a foul mood, I asked the hostess, yes, I was this ugly, " what does a Yankee know about southern food?".   Her reply made sense, she said, " we hire cooks from the south, and pay them to move up here".  She was apparently accustomed to rude people like me!

To make it southern, you have to learn to put your love, your soul , into it.

For many people, cooking is something you 'do', for the southern cook, it is what you 'are'.

We are judged by our peers........no self respecting southern cook would show up at the church social with gummy rice, too thin banana pudding, dry ham.......we would risk the mortgage for another chance to correct our mistakes, yet, the immediate family is expected to eat the 'misadventure'..........just do not tell your Gramma.

This is hard and detailed stuff, being a southern and gentile lady of the house! We deserve that mint julep! It has been earned just by surviving the pressure of our peers.

With hundreds of recipes for southern fried chicken, it is the center of more debates than perhaps any other food item. From the seasoning and coating to the fat and cooking time, discussions of southern fried chicken can start some lively debates throughout the South. Skin on, skin removed, single dip, or double dip the chicken in batter. Some fry in oil, some in butter, others in lard or bacon grease.

The batter itself has led to lasting family feuds. The 'wrong' batter, could label you an undeserving wife!

Should I want a recipe for clam chowder, I would specify " Boston Clam Chowder". If I need instructions on making tortillas, I ask those of the Mexican culture. Sure, like chicken, they can be made anywhere, but there is a trusted unofficial authority. Perhaps, southern cooks are trusted, because we also grow our vegetables and raise our meats.

Perhaps, you would like to join us at HP?

Just What Part of the South?

We segregate ourselves. We do. There is the cornbread south, the pecan pie south, the grits, the hog jowl, the lemonade. Banana pudding does not cut the mustard everywhere!

On the southern coast, seafood takes the spotlight from fried chicken. Only in Texas and Louisiana, do you mix tomatoes and okra. In my own hometown, it was fried okry. Beware of regional dishes, be very aware. You will not recover from taking the wrong southern dish. It will haunt you all the days of your life, even after you leave the territory, the memory will follow.......I would never serve cornbread with chicken. There is a place where this is done. Grits with fish? Yuk, but I am careful where I might say this aloud. Baked beans from a can? I do not know of any southern place where this will not ostracise you!

Trust me, I am both a southern cook and a traveler. 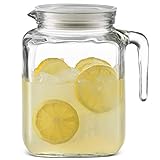 Not all southern women are good cooks. For those of us that are, we take pride in feeding you. Those ladies who lack the skills, do not pretend, they offer to take you out to eat. Only a southerner can tell the difference. A visitor may deem them generous, and in their own degree, they are.

It is among our greatest fears and embarrassments, that you would require something than can not be found in our cupboards or refrigerators. We take this as a personal slight.........we really do.

If you do not like our cooking, it is an insult to us and our ability.

You must have something to drink as well. Tea? Lemonade? Juice, squeezed from our own hands? There is also coffee and fresh milk.

Well, it's a short ride to the county line and the package store. Your comfort is of the utmost importance.

Tell us of your tastes and desires, we are here to serve , to feed, and to accommodate.  We take pride in doing just those things.

For a people who are so accommodating and eager to please - you sure do lay down a lot of rules! LOL... Having lived in South Carolina (working on the back deck of a shrimp boat) and having spent a lot of time working on documentary films in Appalachia, I concur, Southern cooking is an art that extends way beyond simply working the oven-range and laying food on the table. It involves time, patience, good storytelling skills - and yes, a fair numbers of 'principles' to adhere to! Thanks for the hub!