The uses of Taro in Jamaica

Nutrition information for the Dasheen Taro

Other Nutritional Benefits of Taro - Dasheen

Taro is a root vegetable that is otherwise known as cocoyam, coco yam or coco. I grew up eating it. This was one of my grandfather's main crops.

There are different species or types of taro but the main kinds grown in Jamaica are the minty coco, ju coco, and dasheen.

The minty and ju-coco are from the same breed of tarro known as the eddoe. The minty coco is white when peeled and is soft boiled. The ju-coco has a light purple colour and hard boiled, meaning, it is very firm even when cooked and is better eaten when hot because it gets even harder when cold.

The dasheen is soft boiled and my favourite of all the taro available. Some dasheen are white while others have a slight puplish colour.

It is believed (in Jamaica) that some root vegetable like yams and taro changes colour when planted during the height of the moon. These vegetables are popularly called moonshine yam or moonshine dasheen.

Some people may refer to the taro as a potato but it is not. Potatoes grow on vines and taro is a tuber. See photo.

So here is the real deal about taro

The taro comes from the Araceae family which consist of several species. There are two major types of taro: the eddoe and the dasheen.

The Eddoe is the one in the photo just below this capsule and is the one Jamaicans refer to as coco. The eddoe also consist of several types like I described earlier. Some with purplish colouring and other white on the inside.

It is believed that the eddoe was first cultivated in China and Japan then brought to the West Indies when the Chinese came as expatriates to find work. Eddoe can be grown in almost any soil but prefers loamy well drained soils. Temperatures can range from very cool to very warm and does not take a lot of maintenance.

The Dasheen is the other taro that likes a lot of water. It is best cultivated near waterbeds however the water has to be in constant flow as stagnant water propagates rotting of the roots. The dasheen is much bigger in size than the eddoe.

This crop was first grown in Asia and like eddoe, found its way around the globe. Both the root and the leaves of this plant can be eaten and is used in many cuisines around the world.

The uses of Taro in Jamaica

So next time you go to the market have a look out for taro. Not only is it delicious but very nutritious as well. 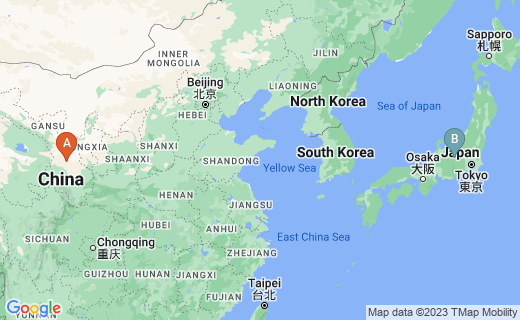 One of the first places the dasheen was found.

Did you know what Taro was before you read this hub?

Manganese is essential for bone health, metabolism, calcium absorption, thyroid health, regulating blood sugar and metabolizing carbs and fats. This mineral is found in the body in minute quantities and is also found in many foods.

The benefit to bone health is that it increases the density of bones especially the spinal bone. Women need manganese more so than men because of the the depletion in body after they reach menopause. It is important that women get adequate amount of this mineral in the diet post menopause so as not to suffer from osteoporosis.

Not only is manganese good for bone health but for regulating blood sugar as well. This is very important as many of us are at risk for high blood sugar and this mineral can prevent us from getting diabetes.

Manganese is a very powerful antioxidant and we know how important antioxidants are in fighting free radicals and other disease causing agents. Free radicals not only cause diseases but promotes premature aging.

Without manganese in our bodies or diet we will not be able to metabolize cholesterol, amino acids and carbohydrates. It also metabolizes Vitamin B1 and E.

Here are some other benefits of manganese:

One serving of Taro contains 22% of our daily vitamin B6 needs. This water soluble vitamin also known as pyridoxine, is not stored in the body and is needed on a daily basis. There are lots of fruits and vegetables which contain this vitamin so with proper diet we should get adequate supply.

Here are some functions of the B6 vitamin

Without adequate amounts of this vitamin in the diet persons may experience skin problems, sores on the tongue, convulsions and lack of brain activity/memory/speech/thought. A deficiency may also cause depression.

Due to the fact the vitamin B6 is needed for the formation of haemoglobin or red blood cells and deficiency may also result in anemia.

One cause of B6 deficiency is the consumption of alcohol as this contributes to the vitamin's depletion in the body. Improper nutrition and lack of a variety of different foods may also result in this deficiency.

Dietary fiber is found in all vegetable and fruits. It is also known as roughage and it is that rough part of the vegetable that the body cannot absorb and is usually passed out of our system. However dietary fiber has it very important uses and must never be taken for granted. Dietary fiber comes in two forms: the fat soluble fiber and the water soluble fiber.

Dietary fiber is very important in the maintaining of the digestive health. It regularizes bowel movements and makes it easier to 'go out'. The more fiber in the diet the better and more comfortable the bowel movement. Roughage cleanses the colon by removing particles that may have lodged there and so keeps it free and clean.

The more fiber in the diet the less carbs you will need. Fiber also helps to make you feel full and so you will actually eat less. Because of the fibrous nature of some foods, you have to chew more which makes you less hungry as you eat. This helps to reduce the amount of food you actually take in at any one time this assisting in weight loss.

Taro is one such root vegetable which contains adequate amount this valuable nutrient.

Other Nutritional Benefits of Taro - Dasheen

The table above has given an indication of the nutritional contents of the taro known as dasheen. There are some ingredients that outweigh the others and every ingredient contained in food has some nutritional benefit.

We can see that taro has a few nutrients that are beneficial to our diets and the carb count is also very low. Another thing to note is that dasheen is low in sodium but high in potassium which makes it great for people suffering from hypertension.