What is Besan Flour? - Nutritional Benefits, Uses in Indian Cooking and Home Remedy for Skin, Face and Hair Care

A popular ingredient used in Indian cooking, besan is known by many names around the world. Also known as gram flour, chickpea flour, ground garbanzo beans, ground chana dal, many people commonly refer to it as besan powder or flour as well.

Besan flour is a finely ground powder and can be easily found in any store in India, Pakistan and Bangladesh. Raw chickpeas or roasted chickpeas are ground to a fine powder to make the yellow-colored besan powder. Go for the variety made by grinding dried roasted chickpeas since this is much better in taste.

When compared to the standard white flour used in USA and Europe, gram flour is much more nutritious. It is low in saturated fat, cholesterol and sodium. A 100g of besan flour contains about 10g dietary fiber and 22g protein higher than your usual wheat flour.

It contains a high proportion of carbohydrates, up to 57 g/100 gram. However, compared to the standard wheat flour, it is still lower in carbs. Besan is also rich in various nutrients including magnesium copper, folate, and manganese. It also contains iron, zinc, phosphorus, calcium and potassium.

The flour is used to make many delicious foods in Indian households, especially sweets. Besan is supposed to be slightly heavy on the stomach so you may wish to avoid overeating or you may just end up with an upset stomach.

It is often used to make Pakoras as an evening snack to be taken with chai or tea in India. Besan is combined with onion, potatoes or other vegetables and even cheese or chicken to make these crispy and salty Indian snacks. You will find different names for each of these including aloo pakoras (potatoes), palak pakoras (spinach), paneer pakoras (cheese) and so on.

Besan ladoo is a popular sweet in India and is often made on festivals, weddings, and other such occasions. In this sweet dish, besan is combined with sugar and roasted in ghee or clarified butter. This is then taken off the fire and molded into the shape of a ball. You will not be able to stop at just one of these balls! If you are watching your weight, you should consider increasing your time in the gym after taking a few of these!

Bikaneri bhujia or simply bhujia is a popular namkeen or snack taken with the evening tea or coffee. The name "bikaneri bhujia" derives from the town of Bikaner located in the state of Rajasthan. Besan is combined with salt, red chilli powder, black pepper and made into a dough. This is then passed through a sieve and deep fried in vegetable oil until it turns crisp and light yellow in color. Once you start on these, you will find it very difficult to stop.

Gram flour is also commonly used to make a spicy dish called kadhi. Kadhi is a thick gravy made of besan to which yogurt is added. Generally, pakoras are made of besan and added to the cooked gravy. The dish is eaten with cooked rice or rotis.

Other delicacies made of besan

Of course, the list does not end here. Dhoklas, besan halwa, and boondi are some of the other delicacies that are made of chickpea flour.

Gram flour or chickpea flour is a popular ingredient used in the Indian subcontinent for beauty purposes. It is considered to be very good for skin care, especially facial care, and is often used as a body scrub, or as part of a face pack. Besan is also considered to be good for hair care and is supposed to be a good scalp cleanser and is supposed to add shine and volume to otherwise listless and dull hair. 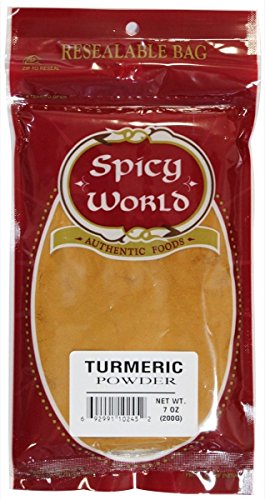 As a body pack and scrub

Combine besan with a little bit of turmeric powder or haldi and add water to make a smooth mixture. Wet your body thoroughly with water and then evenly apply this mixture to your whole body. Leave it on for about five to ten minutes. Then slowly use your hands to scrub your body. Wash it off with lukewarm water. Avoid using soap or bath gel. This pack will leave your body clean and give it a fine glow.

As a facial pack

Besan is a good facial cleanser and is considered to be a good cure for acne, blackheads, and spots and scars. A besan face pack reduces oiliness and tightens the pores. It is also good for removing a suntan from your face.

Just combine it with a little bit of turmeric and a teaspoon of lemon juice, and apply evenly on your face. Leave it on for about 20 minutes and then wash it off. Avoid wiping your face harshly with water. Apply it twice a week and you will get clear, glowing, and acne-free skin.

As a hair pack

A besan hair pack used once a week gives shine and adds volume to your hair. Combine with a whole egg or olive oil and make a smooth paste with water. Apply it evenly on your hair and leave it on for about 30-40 minutes. Wash it off with plain water and avoid washing with shampoo on the same day.

Make good use of gram flour

So, now that you know what besan flour is, try to make use of this very useful ingredient in your cooking as well as part of your beauty regime. You will surely enjoy the delicacies made of gram flour. Don't forget that added to your body, face, and hair packs, it can surely add to your beauty as well.

Do you find this article useful?