Why Should Everyone Learn How to Cook

Despite having the Food Network, numerous cooking shows, and numerous media advocating cooking, there are still a minority of Americans who can't cook. Not being able to cook is no laughing matter. Many Americans say "Why Should I Learn to Cook" when take-out food is cheaper and less of a hassle than "slaving over a stove?" Others say that if they can't cook then they might as well just eat out and let the cooking be left to the ones that do it well.

Here are the reasons why everyone should learn to cook:

Learning the basics of cooking has everything to do with survival. Like a Mama bird teaching her little ones to hunt and gather, cooking was a skill that was handed down by Mothers to their daughters across the America.

Many say that cooking is from a bygone era, but this is a survival skill that women AND men should be taught when they grow up. High Schools teach "home economics" and show their students a few pointers on cooking but nothing beats learning at home from the master--your Mom or Dad. As a parent or guardian of a child, it is your duty to hand down the art of cooking so that it can be passed on to them and to their children and so on.

Unfortunately, due to changing times, many Mothers found themselves in the workplace and they were too busy to teach their children to cook. The Huffington Post reported in September 2011 that "28% of Americans do not know how to cook."The majority of the survey members cited that their partner/spouse was the one that cooked most of the time.

Nonetheless, everyone should learn to cook because it is a part of survival and a basic skill.

Take Out is Expensive

Eating out CAN add up when you calculate it. Spending $5 a day at lunch, plus a few bucks for snacks in between, can add up versus a grocery bill.That's not including dinner, which is usually a higher-priced meal! Imagine your expenses at the end of the month and try to compare it to your potential grocery bill when you know how to cook.

If you order take-out, it usually means using your car and utilizing gas. That's another expense. If you go out everyday, as opposed to shopping at the market once-a-week, you're making an extra trip to the gas station.

Don't believe it? Calculate your take-out expenses for 5 days (or for some families, 7 days a week) a week for lunch and dinner. Then, compare it to your grocery bill. You'll be shocked.

In today's economy, the basic skill of cooking is something most Americans will have to re-visit because it's cheaper to eat at home than eating out! 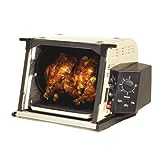 Eating at Home, You Control Your Diet and Portions

When you eat at home, you know what you're putting in your food. Any health-conscious person knows that maintaining a healthy diet would involve fixing your meals at home.You control the ingredients and how much salt or sugar you put in your food.

It should be noted that a recent report by the U.S. Food and Drug Administration blamed Americans penchant for eating out is to blame for the rise in obesity.The restaurant industry is famous for serving oversized portions and for serving unhealthful levels of sodium and/or sugar in their food for taste purposes. In addition, there are numerous restaurants that continue to operate that have gone under the radar from health inspectors. Furthermore, more people get food poisoning from restaurants and food stands than eating at home.

When you eat out, you don't know if the food contains healthful ingredients and whether the kitchen it came from passed inspection.

Eating at home removes all doubt about the establishment you're eating in and what goes in your body.

Cooking is fun, once you've learned it. There will be a period when you make mistakes along the way but that goes with the territory whenever you learn a new skill. The beauty about cooking is that there are so many resources to turn to.

You can find tutorials and recipes on television (Food Network and hundreds of cooking shows), books, and the internet.These resources are filled with "tried and true"recipes that have been cooked by others and reviewed. Many of the recipes have helpful reviews from cooks, who are listed as beginner, intermediate or expert. Some of them even drop helpful hints on how they prepared the dish differently, in some cases.

There isn't a cook in the world who hasn't used these resources, and with the internet, learning to cook couldn't be any easier.

You, the budding chef, are not alone in the kitchen. Help is around the corner!

Once you know the basics and attained the title of "intermediate" cook, you can enjoy the art of cooking. And, maybe, have some fun once-in-a-while.

The reward to learning how to cook is obvious--feeding yourself and/or family. The accomplishment of cooking a delicious meal is a good feeling, especially when a friend or family member likes it too!

When you become an accomplished cook, you'll laugh at your humble beginnings.Not only will you have learned a new skill but you'll find that you're the most popular person in the household.

Who doesn't love a man OR woman who can cook?

Taking the time to cook is a rewarding and necessary skill. Unfortunately, our busy lives have prevented this skill from being handed down from one generation to another, but that may soon change.With tough times ahead and the need to save money, now is the time to fire up the stoves and learn how to cook.