World Cup FIFA Good Eats - A Gold Mine of Recipes

In Honor of South Africa and the FIFA World Cup 2010

Chefs Justin Wilson and Paul Prudhomme taught us about the trinity of Cajun cuisine. Very pleasantly, South Africa has its own trinity of cuisine as well and one point of that trinity is Bobotie. Naming the three, Bobotie, Sosaties, and Bredie are the Trinity of South African cuisine. Bobotie is a delicious casserole, sosaties are much like shish kebob, and bredie is a good meat and vegetable stew.

Colleagues of my father at Jeffery Mining and Machinery (the building is now the State Library of Ohio) resettled in South Africa to work in the associated mining and machinery businesses of that nation. South Africa and Botswana are now very well known for gold and diamond mines, among other mineral and precious metal productions. The South African Department of Minerals and Energy reported in mid-June 2010 that their nation’s wealth was founded on its mineral resources.

In the 2010s, South African mineral deposits include 90% of the platinums of all the Earth, 80% of the manganese of the planet, 73% of all chrome, 45% of our vanadium, and 41% of the Earth’s gold. That is startling! It is a rich place, this South Africa, with cultures and peoples to match. However, crude oil and bauxite are nowhere to be found.

South Africa is also well known for recipes shared with us by friends and colleagues. Below are recipes that have been shared from South Africa since the 1960s. A bit about food from South Africa's nearest neighbor, Botswana, follows, along with some information about the FIFA World Cup 2010. Enjoy all of it, please.

A Novel About Soccer In Africa

Serve bobotie with turmeric-flavored rice and sliced bananas, a tomato-cucumber salad, chutneys, or with herbed rice - or try a Wild Rice dish.

The Cape of Good Hope

Bredies are traditionally named for the starring vegetable included in of them.

Bredie is an old name from the Cape of Good Hope area for this rich lamb/mutton or other meat and vegetable stew. This dish and name are thought to have been an import from the Malay region, coming with peoples who migrated to the Cape from that quarter. So many cultures have emigrated to the nation that South Africa is a cultural and culinary mix of many imports, with a range from Aboriginal to British influences and the unknown.

The meats used in bredie are usually the fattier cuts of meat and usually lamb or mutton. Onions and chilies are strong flavoring agents in bredie seasonings, but the star is usually tomato, pumpkin, green beans, cabbage, dried beans, or cauliflower. Zucchini, yellow squash, or sweet potatoes are delicious alternatives that I enjoy very much.

Additional recipes and stories come from the beautiful and friendly Botswana immediately north of South Africa. Enjoy other stories and recipes from Botswana at the links below. 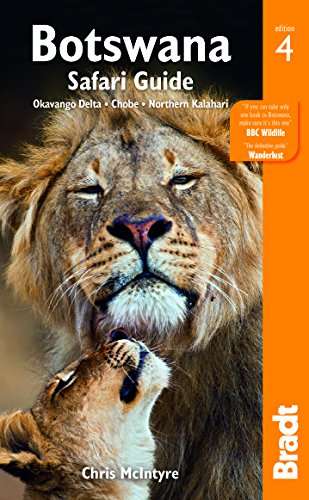 Bigger Than the Olympics

The 2010 FIFA World Cup spans venues in 9 host cities across South Africa, much like an Olympic Games event and may be bigger in popularity. These include the historic Cape Town, Durban, Pretoria, and Johannesburg in a land the size of about 2 States of Texas. Other paticipating cities include Nelson Mandela Bay/Port Elizabeth, along with Mangaung, Nelspruit, Polokwana, and Rustenburg.

South Africa Tourism expects 500,000+ visitors into their country throughout the month of the grand Olympics-scale 2010 FIFA World Cup Association Football matches. The preparation costs to South Africa were at least $5 billion in infrastructure and other improvements that people are enjoying.

Good news for Travel and Tourism in South Africa is that already in earlier 2010, average revenue expected per accomodations/room was on the upswing. Similar to the 2010 Vancouver Olympics increasing traval to BC after the games, South Africa may look forward to the momentum in travel produced by long-term promotion prior to the FIFA World Cup.

Complaints have been voiced about the vuvuzela (plastic horns) blown during the event, but the louder air horns in the US are part of American football and we are almost accustomed to them, along with body paint and large foam rubber Number One fingers/hats that block other fans’ view. It’s all part of an uproariously good time.