The Start of Zucchini Season.

This is the start of zucchini season. As you will see if my pictures the zucchini plants are in full bloom and the zucchinis will be ready to pick in a few days. The flowers are delectable, not only pretty but delicious.

You never heard of eating zucchini flowers?? Well, don't worry, a lot of people haven't. But, trust me, if you taste them you will love them. I tell you which ones to pick and how to clean them and cook them. They make a great appetizer too. My aunt actually stuffs them. I have not tried that yet.

So with the plants in full bloom, why not start with eating the flowers until the zucchini are ready to pick? Once the zucchini are mature enough to pick they seem to grow over night. There have been years where I was giving them away because I didn't know what to do with them all.

If you have never grown anything in your garden and would like to, I suggest you start with zucchini plants. They are the easiest plants to grow and there must be at least a "million" recipes on the internet.

To cook the flowers: First clean them by pulling off the little stems on the outside and the yellow center; be gentle, they tear easily. Then gently rinse them under cool water and put them on a paper towel to dry a little.

It depends on how many flowers you pick -

I have about 8 or 9 in my picture. For this amount mix 2 eggs, a little salt and pepper, about a tablespoon of grating cheese, and about 2 tablespoons of milk, mix together in a dish.

In another dish mix about 1/2 cup of flour, 2 teaspoons of baking powder, garlic powder, salt and pepper and dried crushed parsley, all to taste.

Dip the flowers in the egg mixture first and then in the flour mixture and fry in a heated pan with the oil on medium high heat. It doesn't take long for them to get a golden color, then they do, turn them and let them cook on the other side. Place them on a clean paper towel to let the oil drain. Sprinkle a very little bit of salt on top. Enjoy!

This is a dish I found on Pinterest but I had to tweak it because I didn't have exactly the same ingredients and instead of cooking everything in one pot like it said I used a pot and a frying pan. It came our delicious though. It must have been because even my husband liked it and he is my best critic, meaning he isn't afraid to tell me what he thinks.

It's a easy dish to make and a good vegetarian dish. It's also not bad in carbs because I measure the amount of pasta to keep it low and that's what my husband and I are supposed to be doing these days. I hope you give this a try.

You can use what ever pasta you like, even spaghetti. I like this pasta because it holds the peas in the shells and looks pretty.

Don't worry if some of the pasta gets in the frying pan, it just adds to the flavor.

If you don't have Kosher salt and black pepper corns, don't worry, you can use regular salt and pepper. 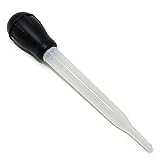