An in depth description of chocolate, cinnamon and coffee 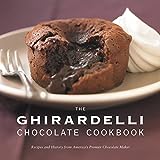 You know that down home comfy feeling you get when you head back to mom and dads house for the holidays? Yea, that one! You get this nervous, yet excited jitter in your stomach that races all the way down to your toes. Awesome, isn't it?!

The smell of a sweet chocolate cake baking in the oven, and the aura of cinnamon sticks mellow into the mood with a pot of fresh coffee perking in the kitchen. There is something special that leaves a lasting impression when you fold in these three elements.

The marvelous holidays aren't the only reason to celebrate the chocolate, cinnamon and coffee season. Believe it or not, these three wonderful foods and beverage follow us year around.

Chocolate is a raw, processed food from the seed of the tropical Theobroma cacao tree. This sweet treasure is cultivated in Mexico, Central and South America. It has been noted to have been used as early as 1100 BC. The seeds of the tree have a bitter, intense taste.

They must be fermented to develop flavor, hence the awesome taste of wonderful chocolate.

Most of the chocolate consumed today is in the form of sweet chocolate and it is one of the most popular types of chocolate in the world.

Amazingly, it was known to play important roles in Maya and Aztec cultures. So in other words, chocolate has been around a very long time, and for good reason too.

If you add cinnamon and coffee to this dark, delightful pleasure, you then have a piece of heaven on earth. Go ahead, make that rich chocolate cake. Grate some fresh cinnamon on top of the icing, and fix a pot of coffee.

Trust me, it is well worth the effort and it does leave a good memory.

Coffee has more than physical attributes

Do you ever consider that coffee is the most consumed beverage in the world?! That is an amazing feat for a plant that has been growing naturally for centuries.

Not only does it have energizing effects, but it brings families closer together. Meal time, gatherings, reunions, church functions, whatever it may be, coffee has the right to claim its fame and familiarity world wide.

From the Muslim world, coffee spread to India, Italy, Europe, Indonesia and then America. Coffee cultivated from trees that grow in over 70 countries. The first cultivation took place in Southern Arabia. And one of the most traded types of coffee in agriculture is the unroasted green coffee.

This dark brewed beverage has a bitter, acidic flavor from the roasted seeds of the coffee plant. The beans are found on several species of small evergreen bushes called the genus Coffea. The most commonly grown are Coffea arabica and Coffea canephora. The seeds are roasted, ground and then brewed.

The earliest drinking of coffee appears to be in the middle of the 15th century in Sufi, a shrine of Yemen. Hence, the wonderful versatility of coffee!

So you can understand why it is worldwide. Why it is so special and coveted. Add that blessing to chocolate and cinnamon, and you have hope divine!

Chocolate and cinnamon is versatile

Cinnamon is special, versatile year around

Did you know that in ancient times cinnamon was actually prized, fit enough to give as gifts for monarchs? According to the dictionary, Emperor Nero is said to have burned a years worth of cinnamon supply at the funeral for his wife, Pappae Sabina in AD 65. Astounding, isn't it?

Think about it this way, during Christmas my family ties cinnamon sticks to crafts, home made goodie baskets and candles. This awesome spice is as versatile as a blessing in disguise! You can hang it with twine from your ceiling in the kitchen, fill a basket of pine cones with it, or just lay the sticks around for an added aura to your home. It lasts a long time. Years.

Cinnamon brings a warmth to the home. An aura that leaves a lasting impression. The Bible refers to cinnamon on many occasions. Moses is commanded to use sweet cinnamon and cassia in the holy anointing oil. In the book of Proverbs, the "lovers bed" was perfumed with myrrh, aloes and cinnamon.

In the Song of Solomon, a book in the Holy Bible, the "smell of Lebanon" was cinnamon, referred to the king's wife's bed. So it is as old as time itself, or so it seems.

Cinnamon was known to have been imported to Egypt as early as 2000 BC. Wow. It's trees are now native to East Asia, originally being native only on the island of Sri Lanka. And actually Arab traders brought cinnamon to Alexandria in Egypt, where it was bought by Venetian traders from Italy, who held a monopoly of the famous spice in Europe.

Cinnamon is obtained from the inner bark of several trees from the "genus Cinnamomum" that is used in both sweet and savory foods. This wonderful spice is native to Sri Lanka, the coast of India, Burma and Bangladesh.

As no surprise, before the foundation of Cairo, Alexandria was the Mediterranean shipping port of cinnamon. So cinnamon in itself is not only historical, Biblical, but possesses qualities associated with blessings and prized gifts.

So think about it, cinnamon goes a long way into our past heritages. It brings memories into the home and adds special familiarity to family gatherings. My going home for the holidays always reminds me of long cinnamon sticks, chocolate cake and several pots of coffee!

Family memories. Just like chocolate, cinnamon adds a sense of hope to family. Fellowship with friends and loved ones. Try it. Put some cinnamon sticks in a basket or shallow dish and set it on your counter or hang it up in your kitchen. Just see how long it takes to realize that wonderful spice adds a sense of warmth to your abode as you walk in the door.