A History of Typical English Food

To many, the myth that the traditional English cuisine is limited to something a sailor from the dark ages hacked together hurriedly to avoid scurvy, is a cemented and unquestionable mantra served with condescension and a sprinkling of ignorance.

I promised myself I'd attempt to write this article with clinical detachment, it took me all of 30 words to realize that it is an endeavor ill suited to my temperament. Instead, I will attempt to craft a factual riposte to the myth of England's traditionally and culturally sterile food establishment by fighting fire with more fire, humor and an assortment of traditional dishes that will make you froth at the mouth like a Pavlovian hound.

It is difficult to speak of traditional dishes in England because of the sheer amount of Influence and variety that have graced dinner tables across the country throughout its long history. The most important factors are:

A leap into the past

England's cuisine has been shaped by a horde of different, and often conflicting, cultural and socio-political trends. As a country that weaved an immense colonial empire, it opened itself to trade and customs from all over the world. Even before its relatively modern colonial undertakings, England "suffered" both Norman and Roman invasions, along with other cultural forces such as Puritan and Catholic regimes, which periodically altered what English food was, how it was served and how it was eaten.

I believe that in researching English food history, the single, unified message is one of a cuisine of a thousand separate facets. Each having contributed to what English food is today. 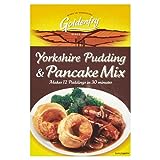 A beginning of sorts

One of the earliest ancient English cookbooks is the Forme of Cury, which dates back to the Kingdom of Richard II (1367-1400). It evokes an image of a simplistic diet: A preponderance of boiled vegetables, meat, broths, along with the preparation of breads and cheeses. The emphasis on these simple ingredients are the hallmarks of many acclaimed traditional English dishes, such as roasts and puddings.

I'm going to go out on a limb and claim that pre-colonial England was not dominated by flamboyant chefs, but rather emphasized simplicity and accessibility. All of this, of course, would change dramatically when Britain accrued an empire. But before this could happen, it would be shaped from within, due to the rift in class castes and philosophy.

England's Sunday roast is an example of a food tradition that emerged from within a strict class system. The roast originated from a Sunday routine where serfs where rewarded for their week-long work with a succulent roasted ox (nowadays roast beef is still the most popular choice, followed by lamb, chicken and pork). It became an important part of a communities culture because of its unique ability to bring people of all castes together and have some fun, all while eating well.

Among the many infamous Sunday roast recipes that have become part of England's food heritage is the Yorkshire pudding (although it is not exclusively used in a Sunday lunch).

But there is a potential downside to class distinction (beyond, of course, political considerations) and that is a shift from the simple, cheap and healthy -- to the simple, cheap and not-so-healthy. At this point advocates and enforcers of the British cuisine stereotype will nod knowingly.

Yes, travels, locals and readers will know all about fish and chips. But a student of nineteenth century Britain will have realized that fish n' chip had a lot of things going for them.

"George Orwell in The Road to Wigan Pier (1937) put fish and chips first among the home comforts that helped keep the masses happy and "averted revolution"" BBC news.

There is a chance that fish and chips are not entirely an English dish and originated out of France (can you image an Englishman ever admitting to that? I thought not). But what is beyond any doubt is that it is England that gave this dish a future, like it or not, eat 'em or chuck 'em.

The context is one dominated by a country booming under an industrial revolution. Laborers, the new serfs, worked long hours, had little money to spend and necessitated cheap, fast and highly caloric food to spur them on. Fish and chips found a niche almost immediately. In the mid nineteenth century, a north English entrepreneur by the name of John Lees began to sell fish and chips out of his wooden hut in Lancashire. There is a great deal of uncertainty over where John was the first of his kind, in all fairness fish and chips took the masses by storm in a very short period of time, so their origins will never be certain.

So far we've dealt with the obvious. After-all, many will claim that this article has only reinforced cultural stereotypes. "

The truth about traditional English food is in its many influences. While fish and chips may have originated from an invading force (the vikings) the English table is equally influenced by countries it has exported to. The British empire was not a one-way street in terms of cultural influence.

Contemporary England is one of many cultures. But for the sake of this article, I'm going to deal with Britain's Indian Empire or the British Raj.

Despite India's independence, many Indians found a home in England and began to reproduce typical dishes and introduce them to the rest of the population. The result has been a steady and subtle meeting point between a majority and a minority that have created a unique cuisine that can absolutely be called unique.

A perfect example of this ensemble is Mulligatawny soup (from the Tamil meaning pepper water).

The homogenizing force known as Globalization has take its toll not only on the English cuisine, but on the entire world. But in recent times a paradoxical force known as glocalization has began to rear its head. Many English people have become more food conscious, and have begun to take pride in eating well and researching their origins. You are probably one of these people (I say this not in arrogance, but you did just read an article on English food, and that takes nerve!). Glocalization deals with people consciously resisting homogenization and finding new comfort in culture and tradition.

My take on this is that globalization may be bad news for authentic food lovers. But the good news is that while it may erode tradition, it will lead to a new food-conscious era. Already we are seeing the effects that cheap, processed fast-food industries have had on western populations, and the dire consequences. My generation is expected to live on average 10 years less than the older one. Due, in the main, to food issues. Hypertension, heart disease and diabetes are now rampant.

This hub then, is an attempt to raise the curtain on the stereotype that English food (along with American food) is unhealthy and unimaginative. England has a history of wonderful food that demands greater attention, and a strong revival in today's society.

Fish and chips - Bane or Blessing