Chili Recipe For 30 People Or Groups of People

Cooking Chilli For A Group of 30 People

It is easier than you think to start cooking chilli for 30 people. If you ever have a group of people around and want to do something quickly which is hot and tasty, then there is nothing much better than a good chili recipe. This is especially true in the winter, and as we all know chillies are not only good for you, but bring home the warmth on a winter's evening.

Making any meal for a group of people may at first seem intimidating. The secret here is to keep things simple and yet tasty. Almost everyone I know likes a chilli though there are always exceptions. By deciding to offer this you will hit about 95% of those coming and beer or wine and chilli go very well together.

I have shown a recipe for chilli for 30 people but you can adjust this even if you were making chilli for 100 people. Just amend the ingredient amounts and do the same chilli recipe and it will work out fine. I have made this for groups of 10,20, 30 and 50 people and it always turns out great.

Just wanted to add as a quick footnote that lots of people have asked me which chillies I recommend. Go with a mild chilli as everyone has a slightly different preference. If someone wants their chilli hotter then they can add an extra sauce. Just remember you can always make it hotter but you can never make it milder.

Cooking Time Required When Making Chili For About 30 People

This is a great tasting quick chili recipe that will serve 30 people. It is easy to make but have your ingredients ready and close at hand.

If you are cooking for a crowd of 30 people, you need to focus on something that can be made as one large batch but without compromising on the quality.

The entire recipe takes about 90 minutes to cook from start to finish.

My really big tip is to get everything ready first and close at hand and then the cooking part can actually be fun! Another great tip is to get some music on and even get a friend to help you out. Go easy on the wine though!!!

How Much Chili For 30 People

3 Kilos (6 pounds) of either minced or ground beef, diced chicken, diced turkey or whatever meat you are going to use if any. Traditional chili is made with beef though and it remains my number one choice.

I tend to add just a little extra brown sugar when you are cooking for a group of people. So for example if you were cooking for 6 people I would use one tablespoon. It would make sense then to be 5 spoons for 30 people. However I might add an extra one after I have tasted the chili sauce. This is a taste and see exercise but one worth bearing in mind.

You have a lot of food to cook so you will clearly need a very large pot or several pots and then divide the ingredients up among the pots.

Number one task is to get your meat browned by getting it divided into batches and seared in a hot pan. Do one batch at a time in some olive oil and then place it all into a large bowl, or anything that will hold it all.

Turn the heat down in your pot to a medium temperature. Now peel and roughly chop up the onions and break the garlic bulb into cloves. Toss all of that into the pan and gently fry for around 10 minutes until the soften but don't actually start to brown. When that is done then get the meat back in. By now you should have the meat, onions and garlic in the large pot or pots and the start of your flavours.

Next, it is time for some massive chopping and cutting. Deseed all of your red peppers and chop them up roughly and get those into the pot. Finely chop up your chillies and add those next. Stir tham all in so as they are spread around. Now add the chopped tomatoes either from tins or if you have just chopped them up and get those in as well. Add the tomato pureee and season with sea salt and black pepper.

Mix it altogether and bring to the boil. As soon as it boils up, turn the heat down to a simmer and cover the pot. You now leave this to gently simmer away for around an hour. You can also put it all into the oven at around 150 degrees C, or Gas Mark 2 for an hour.

Get a bowl and add the cumin, coriander and sugar and then drain the kidney beans. They will all go in after the chilli has simmered for around an hour. The important thing to check after the hour is that the meat has cooked and is tender so check that out. If it has then we are good to continue, and if not leave it simmering until it has.

Once the meat is cooked, then get the beans and the cumin, coriander and sugar in and stir thoroughly and then leave to simmer for a further 15 minutes. Salt and pepper again to suit your own taste and you will have more than enough chili for 30 people.

Cooking rice for 30 people is just a pain, so I usually serve this with wraps or bread. Personally I like garlic bread with chili. I would also strongly recommend putting out some bowls with lime wedges, sour cream, Parmesan cheese and anything that can be used for a dipper.

That is how I do a chili recipe for 30 people.

How to Make Chili-Cheese Nachos to die for

The items I have listed below will all help make life that bit easier if you are cooking for groups of people. The bigger the pots you have the better. You also want to use paper plates as most people will not have enough bowls or plates in their house.

It also save a lot of time when it comes to the washing up. 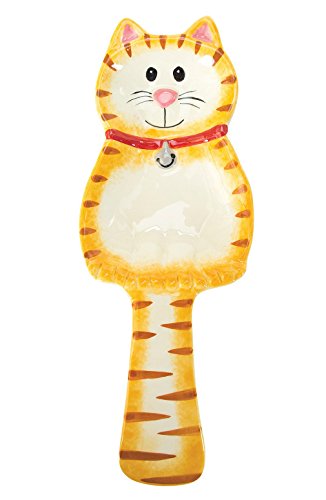 As a general rule of thumb, the smaller the chili, the hotter it is.

3 Kilos (6 pounds) of either minced or ground beef, diced chicken, diced turkey or whatever meat you are going to use if any.

Due to popular request I have included the ingredients for making chili for 50 people. The cooking method is the same but her is the exact ingredients that you will need.

5 tablespoons of cumin and coriander

Use the same cooking method as shown here and this will work out well.

Comments on Chili Recipe for 30 people