It may sound simple to put together the three essential ingredients of bread, butter, and cucumbers, but there's more to making a cucumber sandwich than you think.

The cucumber sandwiches must be good enough to serve to the Queen Of England.

The Gracious Art of Afternoon Tea

Having afternoon tea is the height of self indulgence. It's a gracious meal served between light lunch and late dinner somewhere between 3 o'clock and 5 o'clock.

Once it was mainly confined to the aristocracy, but times and lifestyles change. The afternoon tea has seen a revival in recent years as its elegance is once more enjoyed.

The Gracious Art of the Cucumber Sandwich 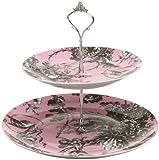 How to Prepare the Bread for Cucumber Sandwiches

For a cucumber sandwich you need Garden Cucumbers a couple of smooth skinned, dark green ones..

Wash them thoroughly in case there's any wax in the skin.

Take a good sharp knife and cut off the ends. Where you see rough and knobbly skin, then finely slice as much off as you can. We need to see a good amount of green in the sandwich.

Place the cucumber slices onto the bread

You can't prepare the cucumber sandwiches until you're almost ready to serve them or the bread will dry and the cucumbers wilt.

Leave the slicing of the cucumbers and the assembly of the sandwiches for the last minute.

Cucumbers must be really thinly sliced

Cucumber and cream cheese sandwiches with tea as served at The Orangery at Kensington Palace in London.

The gates open at 3:00 p.m. so that guests can enjoy a walk in the Royal Gardens, usually closed to the public.

The Queen and the Duke of Edinburgh, accompanied by members of the Royal Family, enter the garden at 4:00 p.m. as one of two bands plays the National Anthem. Taking a different route, each Royal circulates amongst the guests. High ranking, dignitaries, and special guests proceed to the Royal tent to join the Royal Family for afternoon tea. The remaining guests are served tea from a 408-foot long buffet table.

At 6:00 p.m., the Queen and Royal Family depart for the Palace, where once again the National Anthem is played to indicate that the party has ended.

Even if you don't get to have tea with the Queen, you can still be ready in case of any eventuality.

The Great Debate. Should cucumber sandwiches be in ladylike fingers? Or should they be in delicate triangles? What do you think? Feel free to state your stand on this particularly vexing question

How should you slice your Cucumber Sandwiches?

Photos, unless stipulated otherwise are by Susanna Duffy

All comments are greatly appreciated. You don't have to be the Queen to leave yours

Leave a Message for the Hostess