What I love most about this Chick Peas or Channa soup is that it combines great taste with an astounding lot of nutrition! It is made from a bean, which is called by various names around the world, namely, chick peas, garbanzo beans, bengal gram or channa

This Channa or Chick Peas soup (as it is called in the Caribbean) can be enjoyed by vegans, vegetarians and even meat lovers who want to leave off meat for at least one (1) day. It can also be used by itself for a brunch, lunch, dinner or as an appetizer in a multi-course meal. The possibilities are limitless!

Before I became a vegetarian, I always had chicken soup to make me feel better if I was ill or in low spirits. Now that I am a vegetarian, this Chick Peas or Channa soup has become my 'chicken soup' of choice.

Presto 01264 6-Quart Aluminum Pressure Cooker
This is the pressure cooker I use in order to burst the chickpeas (channa, garbanzo beans, bengal gram) for the soup. I spend a lot less time in the kitchen with this 'beauty'. The pressure cooker is a MUST HAVE, if you intend to whip up quick, easy and delicious meals!
Buy Now

Miss Vickie's Big Book of Pressure Cooker Recipes
TIME is of the essence these days for may of us. This book provides you with delicious and easy pressure cooker meal recipes for vegetarians and meat lovers alike.
Buy Now 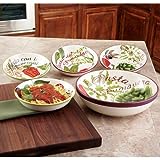 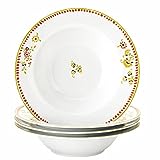 Channa or Chick Peas is known by various other names around the world.

What name do you know this bean by?

Can you believe that these unassuming beans can help reduce cholesterol and avoid constipation while strengthening your nervous system? (Encyclopedia of Foods and their Healing Power)

Chick Peas or Channa are also highly recommended for persons suffering from stress and depression and their protein content equals the amount found in meat and eggs.

Whenever I cook this Chick Peas (Garbanzo Beans, Bengal Gram, Channa) Soup, I am never able to stick to eating just one serving and if I make it for friends and family, there are no 'left overs'. But you don't have to take my word or their word for it.

Just try it yourself and you will see what I mean!

Here is an interestingly spicy channa/chick peas recipe that you can try - This tastes really well with just plain white rice.

For what occasion will you try this soup? What bean soup is your favorite?