Although French macarons have only recently started popping up in bakeries outside of France, their takeover of the world's bakeries has been swift and decisive. Food blogs already called an end to the age of the cupcake and crowned the French macaron as the reigning sweetheart of the pastry world. Macarons are fast becoming one of the most famous French confection.

The culinary world is just like the trendy realm of celebrities and fashion. A certain dish or ingredient can rise to stardom and just as quickly become dated, clichÃ©, and boring. The longevity and strength of a food trend depends solely on the temperamental tastebuds of the hungry public. Foods that have gained the adoration of chefs and foodies rise to celebrity status, becoming the hip new thing. Chic foods appear on food blogs and magazines and soon everyone wants a taste. Such is the case of the French macaron.

Do not make the mistake of confusing the macaron with its chewy, coconut-based cousin the macaroon because that second "o" makes a huge difference in the pastry world. The macaroon is a dense cookie commonly made with shredded coconut. The macaron is a cute, little confection consisting of a flavorful filling made of butter cream, ganache, or jam sandwiched between two delicate cookie-like shells.

Colorful macaroons by Shebeko on Shutterstock

The History Of The Macaron

It all started with a macaroon

According to some culinary historians, the French macaron can trace its lineage to Italy, where monks made a meringue cookie made of ground almonds, sugar, and egg whites. The cookie was called "macaroon", deriving its name from maccherone, an Italian word meaning "fine dough". In 1533, Catherine di Medici and her pastry chefs introduced the macaroon to France. The name and pronunciation changed from "macaroon" (mac-a-roon) to "macaron" (mah-ca-rohn).

The modern macaron was not invented until the 1930s. Pierre Desfontaines of the French bakery LadureÃ© had the ingenious idea to combine two plain macaron cookies with a ganache filling. The concept made the macaron and LadureÃ© famous, sparking the beginning of the macaron movement that now grips the world.

If buying from the UK (in Pounds), click here instead for Laduree the sweet recipes book (ship and sold from the UK) : 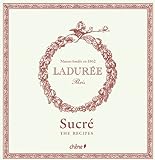 Laduree: The Sweet Recipes (Ladurée)
100 LardurÃ©e sweet recipes, including the world famous LadurÃ©e macarons recipe. Each recipes gives cups and grams measures, so there is no need to make the calculation yourself. Please, when you try a recipe from this book, write it down and leave that beautiful and exquisite book out of the kitchen! You don't want to ruin it, so leave it on the coffee table to impress your guests! If buying from the UK (in Â£), click here for this book:
Buy Now

The Appeal Of The French Macaron - Taste And Color

The appeal of the French macaron is obvious to those who have encountered it, but to the uninitiated, it is hard to fathom why people so easily fall in love with a mere cookie.

For some, it is a matter of love at first sight. Imagine strolling by a quaint French bakery and spying a glass display case filled with an array of little cookies resembling vibrant, pastel-colored hamburgers. The sight alone is enough to seduce curious eaters, but it takes a taste to convince them in joining the macaron movement.

The macaron is essentially a blank canvas for pastry chefs to explore the endless variety of flavor. Regardless of your personal tastes, there is likely to be a macaron with a flavor that you will enjoy. There are classic flavors that never go out of style like vanilla, chocolate, caramel, raspberry, and hazelnut; as well as exotic flavors like orange blossom, rose, anise, saffron, matcha green tea, and earl grey. Some flavors are seasonal like pumpkin spice and gingerbread and the availability of flavors is completely dependent on the bakery. For the more daring eater, adventurous pastry chefs have devised macarons with such flavors as bacon, foie gras, and truffle.

The French Macaron Invade The World

Within the past couple years, the French macaron has popped up everywhere. Like its predecessor the cupcake, macarons have effectively infiltrated the media. Food and wedding magazines dedicated articles to the macaron and Oprah Winfrey notably raved about the treat in her magazine "O". The macaron craze has also spread to television and film. Despite the historical inaccuracy, director Sofia Coppola incorporated macarons into a scene of her 2006 film "Marie Antoinette" and the beloved treat was featured in an episode of "Gossip Girl". The recent release of the cookbook I Love Macarons by Japanese pastry chef Hisako Ogita, created a stir amongst anxious and ambitious home bakers who wish to replicate the magic of the macaron in their own kitchens.

Aside from the buzz generated by the media, macarons are becoming more visible in cities around the world. Bakeries and cafÃ©s specializing in macarons have appeared in metropolitan cities including New York, London, Tokyo, and San Francisco; but the mecca for macaron-lovers is Paris. There, the macaron has achieved such fame that chain restaurants like McDonald's and Starbucks have cashed in on the hype and started selling their own brand of macarons. In the United States, frozen macarons have become a welcomed rare find at Trader Joe's grocery stores and Whole Foods Markets has started offering macarons as well.

As more Americans become privy to this food fad, the macaron movement will continue forward, but the future of these enchanting snacks may be in danger. News of McDonald's macarons caused distress amongst macaron-lovers who fear that cheap, super-sugary macarons will degrade the treat's integrity. In response, foodies are now questioning if the macaron has become too popular. Regardless of whether macarons become mainstream or not, it is ultimately the stomachs and tastebuds of the hungry public that will decided the future of the French macaron.

By Amero on Shutterstock

By Madlen on Shutterstock

A box of macarons makes a great gift, unless you succumb and eat them all! If you live in the USA, you can order some quality (and cute) macarons online:

The French Macaron: It's About Taste And.... Color - Natural food coloring for your macarons

If buying from the UK (in Pounds), click here: 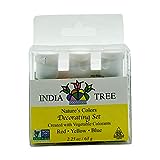 Weighting instead of measuring ingredients is the trick to success. It is much more precise. If you are not using this recipe here, try finding one listing the weight of ingredients.

It is best to separate your eggs 2 days in advance. Let the egg whites at room temperature for two days.

If your almond meal is not fine enough you must grind it in a blender.

Your almond meal must be dry. You can pop it a few minutes in the oven at low heat to dry it.

Marcarons are difficult to make: don't despair if your first batch is far from perfect.

Watch This Video About How To Make Macarons

This video is a visual helper when making the basic French macarons recipe I am sharing on this page. 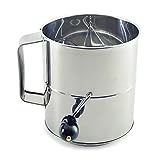 Norpro Polished 8-Cup Stainless Steel Hand Crank Sifter, 64 ounces, As Shown
Seriously, any baker should have a flour sifter. Not to mention that your kids will beg to bake with you just to play with it.
Buy Now 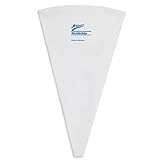 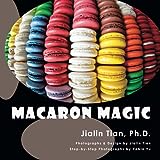 Macaron Magic
If buying from the UK (in Â£), click here for this book: More than 40 macaron recipes, including exotic flavor such as acai, fig & saffron, jasmine tea. Also macaron ideas for Christmas, Valentine's Day and Fourth of July.
Buy Now 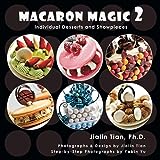 Macaron Magic 2: Individual Desserts and Showpieces
If buying from the UK (in Â£), click here for this book: Creative macarons ideas. Make wonderful masterpieces with your macarons. See how to make four showpieces (with step by step photos) and learn new techniques as well.
Buy Now

Fine Macaron Shops In Paris - Where to buy macarons in Paris

Macarons can be found almost everywhere in Paris. You can even buy them frozen in supermarkets. But if you want the best of the best, try one of these shop:

What do you think of Macarons?

Have you ever eaten a Macaron