The Largest Family-Owned Winery in the World

In 1933, Ernest and Julio Gallo founded E & J Gallo Winery following the repeal of Prohibition after many years of growing and selling their own grapes. The brothers honed their winemaking craft by reading old pamphlets, published by the University of California, rescued from a public library, and soon built up an extraordinary wine empire.

As the largest family-owned winery in the world, as well as the largest exporter of California wine, many of their children, grandchildren and great-grandchildren now work in the Winery. They continue the family tradition of strong work ethics, a drive for perfection and a focus on quality.

This is a remarkable success story of an immigrant family's achievements against all odds to learn, create and run a global wine empire, and I can bet that most of us have tasted a Gallo wine or two in our time - Barefoot, Turning Leaf, Red Bicyclette.

Gallo Family Vineyards have their HQ in Sonoma County California.

Two brothers, Ernest & Julio Gallo founded Gallo Family Vineyards in 1933 with the aim of making high quality wines at an affordable price, something they have done for four generations.

Every day the philosophy at the winery is to strive to find greater appreciation for those missed moments in life. They say "..because it's all of the ordinary moments that make life extraordinary, and we've crafted our wines to complement those moments."

This is a company who thrives on its traditions, and values the ethics of - work hard, play hard.

Books on the Gallo Brothers 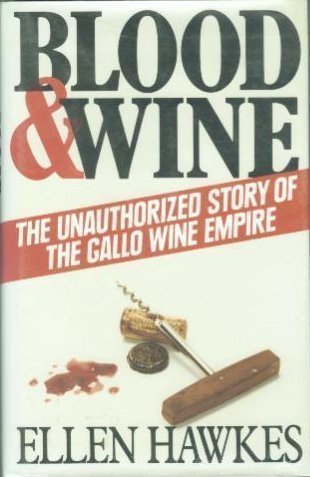 Gallo Be Thy Name: The Inside Story of How One Family Rose to Dominate the U.S. Wine Market
Buy Now

...where Gallo put their roots down.

California state is divided into five very distinct growing regions by rivers, mountains, valleys and extensive coastline, the North Coast, the South Coast, Central Coast, Central Valley and the Sierra Foothills. Each one is comprised of many appellations and sub-appellations, each with their own unique geographic and climatic characteristics.

The North Coast has five growing areas, one of these Sonoma County, with its 11 different appellations is where Julio Gallo believed had the best potential and most diversity to be the finest winegrowing region in California. Gallo currently owns seven vineyards in four appellations of Sonoma County.

The Elegance of a Barrel Cellar...

...and the stunning aromas.

The barrel cellar is where the heartbeat of red wine takes place. These large, cavernous areas, often underground to help with temperature control, are the cathedrals of many wineries.

The sleek, hygienic stainless steel vessels are usually the first wine storage tanks you would encounter on entering a winery. But behind the scenes of most serious red wine producers is the barrel cellar.

Apart from being visually appealing with rows and columns of beautifully crafted oak barrels, the cellar is where the red wine will age, and gain character and flavor from the oak itself. Different oak woods will impart different flavors depending on the origin of the oak forest. A typical flavor gained from oak is an attractive vanilla nuance.

The story began with the two brothers Ernest & Julio whose family roots were in Piedmont, Italy. They founded E & J Gallo Winery in 1933, with Ernest handling the marketing and Julio acting as the winemaker.

The brothers built an empire by shaping American drinking tastes with cheap non-vintage wines. Following the death of their father, Joseph Gallo, Sr., who in 1909 founded the Gallo Wine Co., the brothers started their own business.

Ernest and Julio maintained that they had learned their winemaking skills entirely on their own without help from their father. But just after the end of Prohibition, an extraordinary incident occurred, whereby their father killed their mother and then immediately shot himself.

Some of their early offerings, including the widely popular Thunderbird, Ripple, and Boone's Farm wines, drew criticism; these inexpensive wines with a relatively high alcohol content were branded "street wines," the choice of down-and-outs and winos.

In the 1980s, wine sales throughout the U.S. began to stagnate, so instead of losing momentum, Ernest Gallo looked elsewhere for opportunities. He found them in Europe, particularly in the British market, and in just four years, Gallo spent more money on marketing in Europe than all the other wine firms of the world combined. The costly strategy worked, and soon Gallo had built himself a global brand.

The brothers also began to market varietal and vintage wines aggressively, and in 1981, the company began producing a premium quality Chardonnay, followed in the 1980s when they branched out into medium-priced Bartles and Jaymes wine coolers.

From Vines to Wines: The Complete Guide to Growing Grapes and Making Your Own Wine
Buy Now

In the 1980s, wine sales throughout the U.S. began to stagnate, so instead of losing momentum, Ernest Gallo looked elsewhere for opportunities. He found them in Europe, particularly in the British market, and in just four years, Gallo spent more money on marketing in Europe than all the other wine firms of the world combined. The costly strategy worked, and soon Gallo had built himself a global brand.

The brothers also began to market varietal and vintage wines aggressively, and in 1981, the company began producing a premium quality Chardonnay, followed in the 1980s when they branched out into medium-priced Bartles and Jaymes wine coolers.

In 1983, a third brother Joseph, Jr., launched a cheese factory under the Gallo name, which prompted the winery to sue him (1986) for trademark infringement. His countersuit charged that he had been cheated out of a one-third interest in the family business. The court ruled, however, that Julio and Ernest had started their own concern when Joseph was 13 years old. This trial brought the family history under scrutiny, and their saga became the subject of the book Blood and Wine: The Unauthorized Story of the Gallo Wine Empire (1993).

In 1993, his brother, Julio, died in a car crash. Despite the loss, Ernest continued to push hard to make his wines the most popular in the world. Eventually, Gallo would come to dominate the U.S. wine industry. In fact, until 2003, when one of its competitors expanded through a merger, Gallo was the largest producer of wines anywhere in the world.

The two Gallo brothers introduced 16 brands of wine and cornered more than 25% of the American market share.

The company, which owns nearly half of the vineyard acreage in California, totted up revenues of $3.4 billion in 2011 alone, whilst having a workforce of around 5,000 employees.

The Oxford Companion to the Wines of North America
Buy Now

At Home in the Vineyard: Cultivating a Winery, an Industry, and a Life
Buy Now 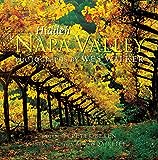 As well as the Gallo Family Vineyards brand, the company makes, markets, and distributes wine under more than 60 other labels, a few of these are listed below:

Ernest and Julio: Our Story - Hardcover

Ernest and Julio: Our Story
This is the story about Gallo Winery, the largest winery in the world, and written by the two men who built it. Ernest, handled the marketing, and Julio who managed the vineyards. One learns a lot about the wine business generally in this book. We find out how the brothers, who claim to have known little about wine at the beginning, adapted and learned their trade. It was a government pamphlet in the Modesto Public Library which showed them the basics of winemaking. This rags-to-riches story takes us on a journey from the Depression to the present day, when wine consumption has increased. Whatever new wine product the Gallos produced, they planned it carefully and thoroughly, and rarely failed. They refused any mergers or acquisitions that would cause them to lose control of their operations. Highly Recommended
Buy Now

If You Bought a Gallo Wine - Red or White?

What color Gallo wine do you favor?

Winery Technology and Operations - A handbook for small wineries 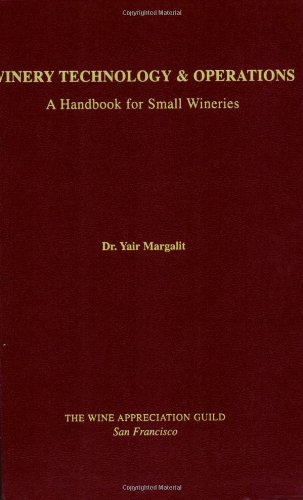 Winery Technology and Operations:A Handbook for Small Wineries
Having read several how-to books on the subject, taken various wine courses and toured many operating wineries, I rate Jeff Cox's "From Vines to Wines" as one of the best entry level book around. I rate this handbook just as positively as it's the best specifically for winemakers, and while this book is full of hands-on stuff, nothing has been left out. Yair's straight-forward style is perfect for untangling complex winemaking concepts and clearing up any misunderstanding of some wine technology. He certainly added to my skills, which I know will enhance the way I shall approach winemaking. If you're interested in fine tuning your winemaking technique, get this book!
Buy Now

is the company that brings

Merlot to the masses.

An Array of Wine Items 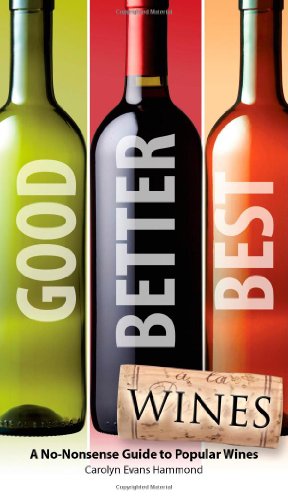 Autumn Colours in a Vineyard,

How Do You Rate Gallo Wines?

What do you think of Gallo wines?

Farmer in a Vineyard in Early Spring,

Rows of Grape Vines in One of Napa Valley Vineyards,

Thanks For Visiting The Winery - Do sign the visitors book, please!