It’s time for another food fight, for this fight we travel to the carnival. A place which everyone loves and no one could possibly hate. There are rides, games, prizes, and food, ah yes the food. Here you can eat everything from cotton candy to popcorn but more importantly the fried foods. In this battle two of Carnival’s favorite fried foods stand up and battle for the title of the best fried food, in the first corner we golden beauty… Fried Dough and the second corner we have the Golden Wonder, Funnel cakes. SO sit back, with a bowl of popcorn and a good drink and enjoy.

Fried dough, a food which no one can resist, every time I go to the carnival, the first thing I do is track down this booth and wolf down a nice hot plate or two of fried dough. Fried dough is made by rolling and shaping risen yeast dough and then deep frying it. This results in golden brown dough that has a bubbly irregular shape. The bubbles in the dough is cause by the air bubbles in the dough exploding as the dough cooks. This dough has a soft and fluffy texture. It can be torn apart easily, so you can eat it in pieces. It can be sweet at times, although it overall sweetness depending on the toppings you use, my preference is powder sugar. If you like toppings then I would go with fried dough because it shape, allows it to hold more toppings then funnel cakes would, Since funnel cakes has holes in it.

When it comes to smell, the two have a surprisingly similar scent, a scent that attracts people like flies.

The best part of this dough is the toppings. There are many different toppings for these foods. The most common is powdered sugar or cinnamon but also there is fruit sauce, chocolate syrup, Nutella (Nutella and fried dough, would probably send your taste buds to heaven). Even meat can act as topping here bacon, steak, pork. What is your favorite topping?

Making both of these doughs is extremely difficult if you do not have proper knowledge of deep frying. I would advise that before you try to make fried dough or funnel cakes, you properly research how to deep frying with cooking oil, because improper handling can result in burn, injury, and in some cases you can even start a fire. 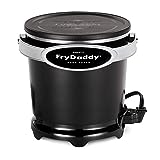