It was in the year 1965 that Royal Crown Cola of Nashville and Johnson City Tennessee introduction of their Kick "like a Mule!" brand. The carbonated citrus flavored soda with the large infusion of caffeine that carried a hillbilly theme on the logo and label of the green glass of the bottle, and bright red metal can, which features a mule on the main label kicking a star burst with the tagline “Like a Mule!” at the bottom of the label and the words “Just ain’t none better!” The metal red can also has "A Sassy Soft Drink" right under the "Kick" logo on its label. The remarkable thing about this bottle design is did the soda in the bottle make mule do the kicking, or is there a man flying through the air hidden inside the star burst that got so hyper that the mule kicked him off into that star burst. The brand Kick "like a Mule!" lasted up to the 1970s, and soon only went by only “Kick” for the buzz you got from the infusion of the sugar and caffeine.

Collection Soda Pop Bottles like Kick is a Great Hobby

Collection Soda Pop bottles like Kick is a great hobby. Soda Pop like "Kick like a Mule" is one of several categories for which there is no comprehensive listing of bottle types, Royal Crown used a number of designs for its early bottles the "Kick like a Mule" soft drink is in at least six of these early designs. Thousands and thousands of soda bottles have been bottled since the first bottlers in Philadelphia started this industry in the early 1900s; many of the bottle companies have gone out of business many years ago. Most collectors like to stick with products they grew up with back in the 1940s, 1950s, and 1960s. Several Bottle clubs thankfully have begun the detailed and time consuming process of listing the local and state bottle companies and designs from this era.

Some facts about Carbonated Soft Drinks

Soft drinks like “Kick like a Mule” are defined as carbonated drinks that are non-alcoholic. Carbonated soft drinks are also referred to as soft drinks, soda, soda pop, pop, or tonic. It was in the year 1798 that the term "soda water" was first coined by manufactures in America. In the year 1810 the first United States patent was issued for the manufacture of imitation mineral waters which was carbonated. Samuel Fahnestock. Patented the first soda fountain in the year 1819, and it was in 1835 the first bottled soda water was sold in the United States. The biggest breakthrough in flavor for soda pop came in 1851 when Ginger ale was created in Ireland.

In 1861 the Term "Pop" was first Coined for Carbonated Drinks.

In the United State in 1861 the term "pop" was first coined for carbonated drinks. In the year 1876 the first root beer flavored soda pop sold and was massed produced for public sell in different states; in the year 1881 the first cola-flavored beverage introduced in the United States. This soon followed with Charles Aderton inventing a soft drink called Dr. Pepper in Texas in 1985. The very next year Coca-Cola was invented in Atlanta Georgia by John Pemberton.

Kick like a Mule contains carbonated water, sugar, citric juices, citric acid, caffeine, artificial flavor and artificial color, less than 1 /10 of 1% of Benzoate of Soda. Kick like a Mule was produced under the authority of the Royal Crown Cola Company.

A made in Nashville, Tennessee, Kick Like a Mule ACL 10 oz. soda bottle, this is the back side of this amazing green bottle. This bottle was made in the mid-1960s at the Royal Crown Cola Company in Nashville.

The Can - Kick “A Sassy Soft Drink” Kick Like a Mule! Was made of carbonated water, sugar, dextrose, fructose, natural and artificial flavor, citric acid, sodium benzoate (a preservative), sodium citrate, caffeine, and artificial color … Amazing what yummy ingredients.

The Can – Kick “A Sassy Soft Drink” Kick Like a Mule! Was produced under authority of Royal Crown Cola Co. Columbus, Georgia, and packed by Seven-UP Bottling Co of Oshkosh, Inc. Oshkosh, Wisconsin, 54901. Wow what a wonderful American made soft drink, no wonder those of us who consumed such huge quantities of this elixir in the 1960s and 1970s turned out so healthy and smart.

It is a long rich history at the Royal Crown Cola Company before we get to “Kick like a Mule” ... first was Ginger Ale, it was in 1905 when Ginger Ale became the first product in the Royal Crown line of flavored soft drinks. The amazing thing about Royal Crown is the love the company had with experiments with flavors because after Ginger Ale came Strawberry, and then the Royal Crown Root Beer. The company was renamed Chero-Cola in 1910, and in 1925 they renamed the company to the Nehi Corporation after its colored and flavored drinks. In 1934, The Chero-Cola was reformulated by a remarkable chemist Rufus Kamm. Dr. Kamm who would put RC Cola on the soft drink map with his wonderful flavors and secret recipes, and it was very soon that Chero-Cola was re-released as Royal Crown Cola.

The Grandparents of “Kick like a Mule” are Born

The Grandparents of “Kick like a Mule” are born in 1942. It was on November 2, 1942 that the Nehi Corporation of Johnson City sells all of their equipment at Johnson City Tennessee and Bristol, Virginia to the Royal Crown Bottling Company of Knoxville, Tennessee. All was sold for the amazing low sum of one dollar. This show the connection that was between the two corporations and for a number of years ... Royal Crown had been involved with getting controlling interest in the Nehi Corporation of Johnson City and their hands on Nehi’s amazing flavor soft drinks. The stresses of World War II with the draconian sugar rationing caused by the war had its effect on the bottling industry of the south, and it was too much for the Nehi company to stand alone, as it had for many years, and Royal Crown was the Nehi Company's knight in white armor.

1965 Competitors "KICKAPOO JOY JUICE" vs “Kick like a Mule”

Back side of the Yava Glass, this is an Up-cycled Kick Bottle Glass

Nashville Tennessee the home of "Kick Like a Mule" Soft Drink 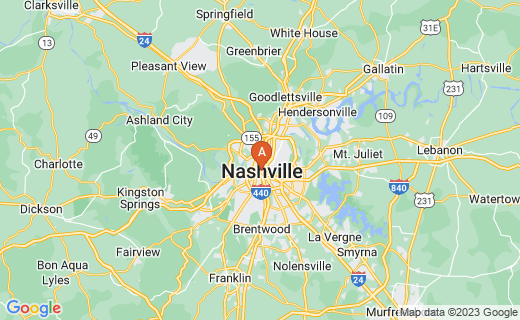