How to Make Banana and Cinnamon Cream Pie

Mary loves cooking from scratch using natural ingredients. Here she shares some of her favorite recipes and products.

Making banana cream pie is easy. Much easier than you probably think. I will take you step by step and show you how simple it can be, this will give you the confidence to make other pies, as well. If you're just beginning to cook, often people will say they can't make pies. This is nonsense, let me help you dispel that myth.

The recipe for the custard is made even better by using good quality eggs. I keep free range chickens and the yolks are as dark as they look in the photo. No Photoshop alterations were used to color them.

The addition of cinnamon might be new to you, but here in Brazil, bananas and cinnamon are often put together in recipes. This custard recipe can be altered to add coconut which will also make a wonderfully rich pie as well.

5 stars from 1 rating of Banana and Cinnamon Cream Pie 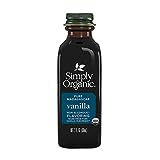 Simply Organic Vanilla Flavoring (non-alcoholic), Certified Organic, Vegan | 2 oz
Nothing beats the taste of real vanilla. If you are going to the trouble of making this wonderful pie, invest in good vanilla.
Buy Now

Now that you have everything you need for your pie, let's assemble this. Your crust and custard should have cooled.

I used 4 medium bananas but if you have more use them.

I had some frozen bananas which I used. It is necessary to allow them to thaw and drain otherwise you will end up with a soggy crust. I know this because I didn't do this and the base of my crust went soggy as a result!

If you are using fresh bananas, try and use those which are fully ripened.

Cover the bananas with the custard and then refrigerate for at least two hours. Cover with plastic film to avoid a skin forming.

If you like, decorate with sliced bananas and whipped cream to serve, similar to the photo at the beginning of this article. I didn't because pie never lasts long enough in my house to be admired.

Go Forth and Bake

There you have it, a step by step recipe to make banana and cinnamon cream pie. I hope you try it and enjoy it. I also hope this gives you the confidence to bake other pies from scratch. In many homes it seems to be a dying art.

Homemade pies are much cheaper, much healthier, and much more rewarding when you get to say, "I made that from scratch".