Newfoundland - My Mother's Homeland Dinners I Was Raised On

Newfoundland Irish By Decent ... My Mother is A Kelly / Murphy

My Mother came to the United States in 1950 after marrying my Father who was stationed on the Naval base in Argentia, Newfoundland, Canada. He brought her to the U.S. by helicopter which to her was amazing. She grew up in the one home that I visited ,when I was five years old, which was built about 50 feet from Placentia Bay on the Atlantic Ocean. Rustic, wild and beautiful with waves crashing along the cold water shores. I watched giant conchs being pushed into the shore, afraid to try to collect them because of the deep looking water and waves. As I sat on the front porch one morning two moose walked down the hill next to the house, nibbled the grass and continued their journey back up another side while I sat very still and quiet not knowing if these giant animals were safe. I was in awe as they were huge. I don't think they saw me as they moved away peacefully and disappeared over the hill.

My family were fisherman and all of them, Great Grandfather, Grandfather and Uncles owned fishing boats. They worked on the flakes gutting their Cod catch, salting the huge Cod filets and using the livers to make cod liver oil. They made a living, raised their families off of the ocean and it's catch. They also sat merry in their livingrooms playing the accordion and singing the songs of Ireland and Newfoundland and dancing 'a jig' or two as my Grandfather called it., when their days work was done. He was a happy man with a table set full of people and good Newfy food. He and my Grandmother had nine children that lived.

My Mother brought with her a rich accent and a culture from Newfoundland which through the years has not diminished very much. She still has and Irish / Newfy brogue. She still can not say the word thread (she says tred) and up until the past few years was still cooking the foods she grew up with. She did tailor her cooking skills to food my Dad liked from his U.S. homeland but for family get togethers she would always have the table spread with her native cuisine which is what I have geared this lens to be about.

These recipes use the old traditional ingredients like salt pork. Newfoundland back in the day was known for lots of snow so when my Mother was growing up a trip to the grocery was about every 6 months. Their supplies were either salted, dried or canned aside from the root cellar of potatoes, cabbage and carrots, and that included their milk which was canned milk. My Mother and siblings considered it such a treat that they would get into the pantry and poke a hole in the bottom of a can and sip it, then plug is up with a matchstick hoping Grandmother wouldn't notice too much. They did not use celery or parsley because it wasn't available but I have added those to some of the recipes below as I have adapted them to my own cooking. To this day my Mother doesn't like celery...LOL.

Good Things Come To Those That Wait ... Including Good Food

These Recipes Take Time To Create And Cook ... Patience Is A Virtue

When I was five and visited my grandparents in Newfoundland this is what my grandfather served my brother and I for breakfast. I liked it but my brother turned his nose up at It. A Variation is below which uses Cod filets. The abundance of Cod fish my family jigged in the Atlantic allowed them to use the cheek meat from their catch.

I've watched my Grandmother and my Mother make this cake. I liked the flavor of it even as a small child.

This Is a round baked pungent molasses scented cake with a nice flavor if you like molasses. It's very old fashioned and satisfying...I would say a comfort food.

This Meal Is Cost Friendly! A Picnic Ham Feeds A Lot Of People Or You Have Yummy Left Overs For A Couple Days (Maybe).

When I make my boiled dinner I start with either a picnic ham or a nice size corned beef. I place my meat in my big boiler, cover with water, adding any spices I may want to use, like bay leaf, pepper ect. and cook about 3/4 through the time which is normally a couple hours or until your ham or corned beef is fork tender. I like my ham almost falling away from the bone. (Save your ham bone for some great bean soup).

Note: Corned Beef usually comes with it's own spice packet. A picnic ham is usually salty so I don't add any extra salt.

This meal was a staple in our home as I grew up and many times was a Sunday dinner with the Uncles and their families that had also came to the U.S.

When I make this dinner I usually end up with a huge pot of it because I add so many veggies and it just grows...LOL. But we love, love, love the leftovers.

Old Fashioned Steamed Dumplings In Your Boiled Dinner - Homemade ... Is There Any Other?

If you don't make the sweet pudding you can make these dumplings in your boiled dinner to go with your meal.

Steamed Pudding - Steamed Right In The Pot With Your Boiled Dinner

This recipe makes a good sized steamed pudding. Make sure you have a big enough pot to hang it over the side and be cooked with your meat and veggies.

or also known as Toutons which is bread dough fried in the fat left from fried salt pork.

Use one of the loaves of bread dough from the recipe above to make Toutons.

A Little Humor About My Visit To Newfoundland At Age 5.

My Family In Long Harbor, Placentia Bay Called My Brother & I Yanks.

My Grandfather got up early with us one morning and fixed us breakfast. He was making "Cod's Heads" so he said. He actually put a plate of boiled potatoes and Cod Jaw meat in front of us. I was willing to try it and liked it but my brother wanted no part of it.

We asked if we could have some toast with our breakfast. Grandpa scratched his head and said, "Now child just where would ya like me ta plug dat toaster in ... me rear (he had quite and Irish accent)?" They still did not have electricity at their house, in 1957, and we were too young to understand why they didn't.

Well to make us happy my Grandpa opened up one of the wood cooking stove lids and proceeded to cut us a thick slice of homemade bread. Then he held it over the fire inside on a long fork and toasted that delicious slice of bread.

Another little note: We were the only children in our elementary school that spoke with an Irish accent...learning that from my Mother as we learned to speak. We have of course lost much of it but it's not hard to fall back into when the Newfy family is around.

Cast Iron Is A Beautiful Cookware 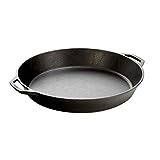 MP3 Downloads For Your On The Go. 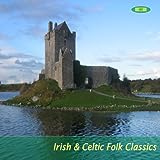