"Pastillas de Leche" is a local delicacy commonly found in Carigara, Leyte. You can find it on streets being displayed for locals and tourists to have some anytime. It is sold per pack at 100 pcs or 50 pcs per pack. These packs will not last you the whole day though if you are with the whole gang of friends or with the family.

However, we have discovered that the most delicious Pastillas de Leche there is in Carigara is located in this very old house located at the heart of the town. People come to this place just to buy this delicacy. Sometimes, they only take from those who have ordered a day before because they do not make and bake ahead because they believed that freshly baked goodies are the best. Although, if they have some left, they will give to those tourists who go there just to buy and taste this goody.

I love Pastillas de Leche meaning "candy from milk" in Spanish. When I visit my husband's place in Tacloban, Leyte, I usually stop over at Carigara (a place passed by upon going to Tacloban) to buy some of these sweet delicacies that is clearly abundant there. I can't help but enjoy and savor the taste of these milk candies. I just love to eat them.

What makes them special is that they are made from pure goat's or cow's milk. Its taste is a little crunchy but chewy at the same time. Its baked that's why its not soggy but its healthy if not taken with too much gusto. Milk is good for the bones, you know. Having them as a candy is a treat already.

Pastillas de Leche is a Spanish term for "candy made of milk." It is made of milk, obviously, and then baked . In Carigara, the pastillas there are made form pure cow's milk. That's what makes its unique taste. It is then baked and the end results is a candy that is slightly crunchy outside and soft and chewy inside, with added benefits since it is made up of milk.

I love pastillas simply because they are sweet and tasty at the same time a healthy delight to have. Read this lens I have made about sweets and desserts Delightful and Mouthwatering Dessert Pictures and Ways to eat Mangoes.

Unlike other pastillas in the country, Pastillas from Carigara is baked and is not rolled with sugar. It has a very distinct taste to it. It is light and crunchy and soft and chewy at the same time.

I cannot exactly identify as to how it is made and what are the exact ingredients since it has been long a traditional baking of the people of Carigara and its their secret. However for those who would like to make and try to taste this at home, I have provided a simple video below on how to make this candy at home.

As far as I know, it is made up goat's or cows milk, mixed with flour and cream and then baked. After it has been baked, it is then cut to long strips or bars and packed with a light paper or we call it the japanese paper.

According to one source, Pastillas de leche from Carigara is:

"A soft milk candy made with cooked mixture of carabao fresh milk and sugar. Fresh cow`s milk can be used as a substitute. Pastillas cooked using authentic fresh milk are marked or called "special." In Carigara, Leyte, the pastillas there are firm with a gritty texture with fresh carabao milk. The processed milk candy is cut into sticks and individually wrapped in papel de hapon as in Carigara, Leyte. Pastillas de leche is also known in other region as dulce gatas or dulce leche."

Where by the way is Carigara, Leyte - Just in case you are asking...

Well, just in case, you will be able to drop by this place soon, you will not be able to know the place if I don't tell about it, right?

However, if you will be going to Tacloban taking the road from Ormoc city, you will surely not to pass by this place. 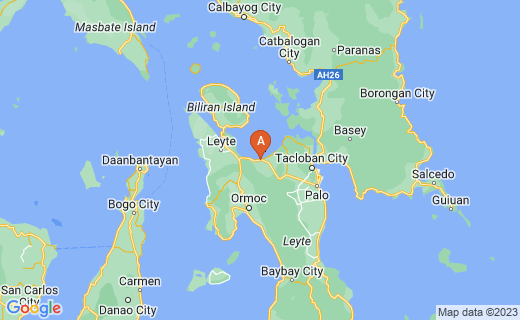 Here's a Video on How to Make Pastillas de Leche

Here's Another Way of Making this Pastillas de Leche at Home

Are You Getting Interested to Taste this Chewy Milk Candy?

Would you be willing to go to Carigara, Leyte and taste their Pastillas de Leche?

Lucia Pastillas De Langka - Chewy Milk Candy with Ripe Jackfruit - 2 X 4.94 Oz
Milk Candy can have different flavors like fruits mixed into it. Imagine how delightful and tasteful that would be. Try another flavor of this milk candy, this one is from Jackfruit or we locally call it "langka" or "nangka".
Buy Now

Don't leave without saying goodbye - or maybe a milky HELLO