Mashed Potato and Cheese on Toast

This simple dish made and served in less than 10 minutes (using previously cooked potato) can be spiced up with a little onion and a tomato; and either served on its own for breakfast, as a snack during the day or served with baked beans for a complete light evening meal.

Alternatively you can use 'Instant Mash' which is ok, it's quick to prepare and still makes for a nice snack; but 'Instant Mash' is never as good as the real thing.

Cast your vote for Mashed Potato and Cheese on Toast 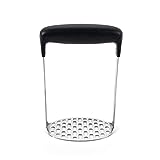 OXO Good Grips Smooth Potato Masher, Stainless Steel,Black/Silver,1 EA
This is just like the potato masher I use when mashing the potatoes for making my toasties and for other recipes. It does an excellent job at mashing the potatoes and other root vegetables with the minimum of effort.
Buy Now

This is a recipe for making a quick and tasty meal any time of the day or evening using leftover potatoes from your fridge.

If you decide to cook the potatoes fresh rather than using scraps from the fridge you should allow an extra half hour to prepare, cook and mash the potatoes.

The Mashed Potato and Cheese on Toast is a complete meal by itself so can be served on its own (one or two slices per person) or for added substance served with baked beans.

As well as mashed potato and cheese, tomato and onion can optionally be added to each slice of toasted bread individually dependant on individual tastes of each family member and guest. 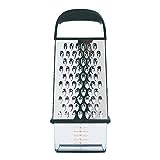 Serve as a Quick Snack or a Complete Meal

If you've never tried potato and cheese on toast before you may wish to try it on its own for the first time as it is a very filling snack; and if you're rather fond of milk then wash it down with a large glass of milk.

Ideal for a quick lunch on a busy weekend or if you like to have a snack on your lap (served on a tray) in the evening in front of the Telly while watching your favourite TV series then this is an ideal snack for such an occasion.

Quick to prepare and serve, it could almost be done in the adverts; especially if you pause 'live TV' until these Toasties are ready to serve.

You may have noted I suggested milk to wash down your toasty as (for those who like milk) it goes exceptionally well with cheese and other saturated fat foods. This is because milk is one of a number of companion foods that helps to reduce the amount of saturated fat absorbed by the body during digestion.

Drinking lots of milk with fatty foods isn’t an excuse to eat lots of fatty foods but if you are going to indulge in the odd unhealthy but nice snack then why not make it a little less unhealthy by having it with companion foods that reduces the amount of saturated fats digested.

Pineapple is another healthy companion food that goes well with cheese, and which you may wish to include as an optional extra when preparing and serving your potato and cheese on toast.

In Britain Oven Grills is standard in cookers, I can remember the days when grills use to be set above the hob (at eye level) where these days extractor hoods are fitted. Then for a time dedicated grills use to be between the oven and hob, which these days is where the top oven is situated for double oven cookers; quite often with a grill being incorporated into the top oven. The cooker we have uses the same control for the top oven and grill and switches between the two dependant on whether the door is open (grill) or closed (oven).

When on holiday in France if we book through a British company their caravans on the caravan site include a cooker with oven, grill and hob as standard along with a toaster and microwave. However, when booking through a French company their cookers don’t have grills and a toaster isn’t always supplied as standard so we usually have to clearly specify a toaster as a requirement so that at least we can toast bread.

I guess this reflects a difference in culture in that the French have a continental breakfast which doesn’t include any hot food whereas the British are used to cooked food in the mornings when on holiday.

I’d be interested to learn more about the American Breakfast and how food is grilled e.g. do the American cookers include grills as standard or are the grills a separate appliance. 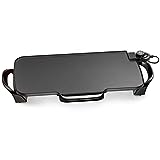 British Double Oven and Grill - The Ins and Outs of Cooking Do you use butter or margarine?