Raising Lamb for the Muslim Market

There is a growing ethnic meat market in the United States, including Jewish, Muslim, Mexican, and Eastern Orthodox/Middle Eastern Christian communities. The ethnic market has very different requirements from the conventional American market, including a marked preference for lamb over beef.

Different ethnic markets have slightly different requirements for raising and processing lamb. The Muslim market is one of the most prominent lamb markets, as lamb is an important part of several Muslim holidays and other celebrations. There are between 5 and 8 million Muslims in the United States, most concentrated in urban areas, and the population is growing fast, both from immigration and through conversions, particularly in the African-American community. As a result, the market for halal lamb is strong, and likely to grow stronger.

Muslims have different taste in lambsize and handling than many American markets. While conventional markets often prefer lambs at about 120 pounds, Muslims tend to prefer lambs between 60 and 90 pounds, small framed but well-muscled. Muslims also like lamb that is much less fatty than many lambs raised for American markets, and prefer male lambs to be uncastrated.Muslim buyers may also prefer that lambs not be docked, dehorned, or tagged.

For this reason, much of the lamb raised for Muslim markets is fed exclusively on grass and mother's milk, not fattened on grain. Lambs raised for Muslim markets should NEVER be given feed made from animal deriviatives. Lambs are also typically of smaller breeds than those favored by American markets. Suggested breeds include Dorper, Katahdin, and Shetland/North Country Cheviot crosses.

There are several Muslim holidays that are especially associated with lamb consumption. These include Ramadan, Eid-al-Fitr, and Eid-al-Adha.

Producers should aim to have lambs at slaughter weight 7-10 days before the holiday in question. In order to facilitate this schedule, Sheep! Magazine recommends that ewes should be bred approximately 225 days prior to the holiday in question.This requires special attention to Islamic calendars, as Islamic holidays follow a lunar calendar and therefore occur 10-11 days earlier every year.

It is also customary in many Muslim households to celebrate the birth of a child with lamb.

Many Muslim families prefer to buy and slaughter their own lambs. This is most commonly done on the farm, though there are several important legal guidelines that must be followed if this is the case.

When selling a lamb for slaughter, it is necessary to sell it live. Slaughtering and then selling it is illegal, as lamb meat may only be sold if the lamb has been killed at a USDA inspected slaughter plant. After the sale, the buyer must process the lamb, with no help from you, other than to ensure that the animal is handled and killed in a humane manner. As halal laws require the humane killing of animals, this should not be a problem; however, an inexperienced buyer might require instruction.The Cornell Sheep Program has a poster demonstrating humane on-farm slaughter techniques. (PDF file)

For 24 hours prior to slaughter, food should be withheld, though clean, fresh water should be provided. The animal must be caught with minimal stress and handled gently but firmly on the way to the slaughter facility. The animal must not be shackled, but instead should be placed in a double rail designed for ritual slaughter or restrained firmly by hand.

The slaughter blade should have a straight blade and be well-sharpened and twice the width of the animal's neck. Muslims traditionally recite a prayer and turn the animal's head toward Mecca before death. (Any Muslim can recite the prayer, though the presence of a Muslim cleric to recite the prayer is required to make an animal killed by a non-Muslim hand halal.) The killing blow should be struck as the animal's head is held back gently but firmly. It should be done in a quick, single cut across the animal's throat below the jawbone, severing the windpipe, esophagus, and the arteries and veins in front of the neckbone.

By halal law, the animal must be drained of blood. Due to the nature of the cut, this usually occurs quickly. The animal MUST be insensible before it is hung and further processing is begun. This may occur within seconds, but it is recommended to wait at least a minute. After processing, the offal must be disposed of properly, such as by composting. 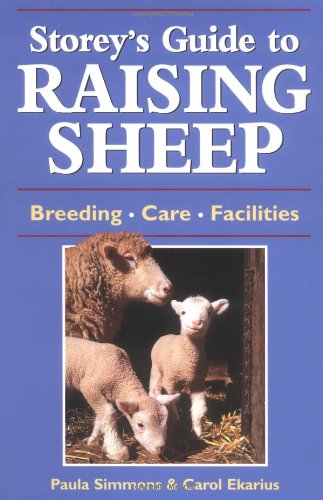