The tapuy rice wine is considered as the ceremonial wine served during special occasions (such as weddings) and large celebrations like a bountiful harvest festival. Since the natives can produce tapuy rice wine inside their homes, the local wine is also imbibed by the locals on a daily basis.

Tapuy is a Filipino rice wine originated in Batad (a place in the Banaue Rice Terraces), Ifugao, Philippines. This native wine from fermented rice is also produced in the Cordillera Province; particularly in Apayao, Benguet, Kalinga, and Mountain Province. Other names for tapuy in these parts are: tapey or bayah .

The native brew is prepared locally and produced from fermented rice. There are 2 main ingredients: glutinous rice and bubod (starter culture).

Traditionally, the tapuy rice wine does not have long life. It will become sour after 2 to 3 days (or 3 to 5 days, depending on the method of preparation); thus, it is not a popular wine product in the commercial market. Until the Philippine Rice Research Institute (PhilRice) conducted an extensive research about the tapuy, one of the rice wines traditionally produced by Filipinos.

It took six years of performing arduous procedures on production and evaluation of the tapuy rice wine to get a satisfying result of clear-colored and long-lasting wine product labeled as ‘PhilRice Tapuy’.

The commercially-produced PhilRice Tapuy rice wine is transparent in color and full-bodied. It has a strong alcoholic flavor yet moderately sweet and often leaves a lingering taste. To be accurate, the alcohol content of PhilRice Tapuy is 28 proof or about 14 percent. Its storage life has increased to six months or even a year.

Even though PhilRice Tapuy has no preservatives added, the freshness of the rice wine is assured through double pasteurization. It has no sulfites (which are preservatives found in other wines) that sometimes cause adverse reactions like hang-over and allergy.

During the production of PhilRice Tapuy, no water was added. Compared to the sake rice wine, which has 80 percent water content, tapuy is pure. 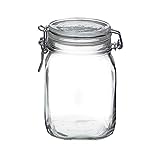 The best rice variety for producing tapuy is the waxy or glutinous rice. The round and short grains of glutinous rice is ideal for rice wine making.

The next important ingredient is the starter culture, locally known as ‘bubod’. It is produced in Quezon, Ifugao, and Benguet. ‘Bubod’ is made from rice flour, ginger extract, and old ‘bubod’, which is also referred to as starter culture. It contains microorganisms that convert the starch to sugar; and then the sugar to alcohol. These chemical processes are called saccharification and fermentation, respectively.

In the traditional method of rice wine production often used by the natives, the glutinous rice is cooked and set aside for about 3 days while inside a closed vessel to get through an aerobic fermentation. After 2 to 3 days, the cooked rice will be transferred to a jar made of clay and usually left behind to ferment for about a week. Studies show that 2-week fermentation period for rice is best. The PhilRice Tapuy is fermented for about 2 months.

The Ipitik Festival is a simple and yet solemn ritual that involves the spilling to the ground of the first few drops of the tapuy rice wine right after its jar had been opened. This serves as an offering of gratitude to the Kabunian (the highest deity of the natives in the Cordilleras). Traditionally, the act of wine spilling or wine sipping in behalf of the spirits was performed by the ‘mambunong’ (or ‘shaman’).

As an annual event, rice wine brewers from all over the Cordillera region gather together to bring their best rice wine concoctions. The one whole day of merrymaking was filled with wood-carving contests, art exhibits, and ‘pinikpikan’ (a large cook-out that aims to feed hundreds of people). There are gong players, mostly children who dance while playing a lively beat. Indeed, the tapuy rice wine is deeply rooted in one of the colorful and diverse cultures in the Philippines.

Red rice wine is made from colored or pigmented rice; such as the black and the red rice variety. The red color of the rice is caused by anthocyanins, which are known good antioxidants. The anthocyanins found in red rice wine are similar to red wines made from grapes and blueberries. Antioxidants help protect the body cells from toxins that cause cancer and other cardiovascular diseases.

PhilRice had tested four colored rice varieties cultivated in the Cordillera and Palawan provinces as ingredients for the red rice wine production in the Philippines.

The main ingredients for tapuy rice wine are the glutinous rice (colored or white) and starter culture (locally called ‘bubod’). About 10 grams of bubod is needed for 1 kilogram of rice.

The main ingredient for tapuy is glutinous rice, or what Filipinos call, 'malagkit'.

The traditional process of tapuy rice wine making usually starts with separating the chaffs from the rice grains.

The milling of rice is normally done through pounding the rice using large mortar and pestle. 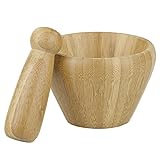 The broken rice hull is separated from rice grains through winnowing. Placed in a shallow bamboo tray, rice is repeatedly thrown upwards to sift and blow away the light-weight hull. This is done carefully and by someone with a steady grip. The wind should be blowing away to protect the eyes.

The rice is roasted to take out the aroma and get the desired color for the wine.

The roasted rice is washed and steeped overnight. It is washed again and drained well before adding water for cooking or steaming. For every 1 cup of rice, 1 and 1/2 cup of water is added. Boil over medium-high heat; then simmer over low heat to cook without burning.

According to a study about tapuy, the red and waxy rice variety is preferred. To optimize the growth of microorganisms in the bubod, rice and water ratio should be 1:3 (1 cup rice to 3 cups of water). The cooking or steaming process should be extended from 45 to 60 minutes.

The cooked rice needs cooling down. Spread the rice on a dry and clean shallow tray or dish.

While cooling the cooked rice, crush the bubod or starter culture with a fork. The bubod can also be pulverized using mortar and pestle until it reaches powder form. Sift the crushed bubod through a strainer.

Sprinkle the powdered bubod all over the surface of cooked rice.

Pour rice and bubod mixture into a plastic bag inside a container with cover. Or, wrap the mixture in the wilted banana leaf and place inside a pot with lid. The idea is to keep the air humid during fermentation.

Cover or seal the rice and bubod mixture and set aside in a cool, dry, and dark place to ferment for 2 to 3 days. The freshly brewed wine from rice can be served right after harvest. This is the stage when tapuy rice wine tastes sweet (or moderately sweet) but with biting alcohol flavor.

For special occasions like a dinner party, serving rice wine stored for at least 1 month is recommended.

When stored longer, the taste of tapuy rice wine would be full-bodied and got a certain strength and flavor that lingers in the mouth.

If a higher alcohol content is desired, lengthen the storage time from 6 months to up to 1 year. The aged tapuy rice wine could taste - and kick - like brandy.

Serve tapuy rice wine warm or cold. Pour it in a simple cup or a fancy goblet. Tapuy is also used to mix cocktail drinks.

As an exotic culinary ingredient, tapuy gives authentic taste to foods when added while cooking or marinating.

Other Filipino rice wines: 'pangasi' and 'kulapo', are found in Mindanao, Philippines. These are also made from rice but have distinctive flavors. Kulapo is red rice wine with strong alcohol smell and taste.

How to Make Bubod (Starter Culture) for Rice Wine Making

How To Make Natural Yeast 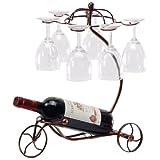 There are different methods of rice wine making found in most Asian countries but the rice grains will always be the main ingredient.

How to Make Lihing - Rice Wine from Kadazandusun in Sabah

History of Sake : Sake Made in the USA

A Visit to a Sake Brewery

Ginjo Sake: How to Make Cocktails With Sake

How To Heat and Serve Sake

In the late 1940, the making of homemade rice wine was made illegal in Taiwan. Thankfully, Chenyu Meiyina (an Amis from Fengbin Township, Hualien) has preserved the knowledge and culture of wine brewing. She uses natural plants as yeast with glutinous rice to make wine.

Snake wine is rice wine (or any grain alcohol) with whole snakes and other medicinal herbs saturated in it. During preservation, the snake venom is denatured by the ethanol alcohol of rice wine. Snakes are preferably venomous like cobras. But since most species of snake are endangered, export of snake wine is prohibited.

Scorpions, as well as ginsengs, are also steeped in rice wine.

This wine is considered as traditional medicine in China, Vietnam, and all over Southeast Asia. It is believed to cure many illnesses like hair loss and farsightedness. It is also considered as an aphrodisiac.

The Huaxi street night market found in Taipei, Taiwan is popular for sellers of snake foods and snake wine products.

The Art of Making Snake Wine