Looking for something different to spice up your next run through Talisman? How about a Final Fantasy-themed game? After all, when it comes to swords and sorcery, few characters are more capable of taking down the big baddies than the characters of the Final Fantasy series. These characters are made according to 2nd edition specs, but thanks to the awesome people at Fantasy Flight Games, you can run these characters in the most recent edition of Talisman on the market. Just consider each of them as having a total of 4 fate tokens at the beginning of the game.

These character cards are fan-made, which means they aren't official and that I have no affiliation whatsoever with either Final Flight Games (Makers of Talisman) or the people who are awesome enough to create and bring us the Final Fantasy Series, but I've still made them look as awesome as possible with official art straight from the series, so you can enjoy them and even mix them right into your deck if you choose!

Everybody loves Final Fantasy VII. Cloud and Tifa are timeless examples of awesomeness distilled into a kick butt couple of characters. Keeping true to the FF7 universe, I've made their spells "Materia Dependent" without forcing you (the players) to introduce a whole bunch of new "materia" cards into your decks. Instead, the number of spells that these characters can carry is exactly equal to the number of objects (and magical objects) they're carrying (this includes objects on mules, chocobos, etc.) As the game progresses, this can turn into a huge advantage, but in the beginning, it can be a serious limitation, depending on how the game unfolds.

As we might expect for someone who was once a part of SOLDIER, Cloud begins the game with a sword, and he's at his best when he's fighting enemies more powerful than he is (the +2 to combat rolls against Stronger/Craftier enemies) Tifa, on the other hand, is a master of martial arts, and may add her Craft to her Strength in combat (but not the other way around) giving her a stunning 6 Strength right off the bat. As far as Characters go, she's definitely one of my favorites.

Less popular than VII, but still personally one of my favorite installments in the Final Fantasy series, FFVIII provides some great material when it comes to Talisman Characters. True to the game, Squall is capable of "Junctioning" spells he carries to his stats, providing him with a boost to either Strength or Craft that can be decisive in a battle. Being a soldier of SeeD, he also gets a little pocket change here and there for turning in monsters for new Strength or Craft points. Mercenary cards, anyone?

Rinoa is a tricky character to play-- true to her Sorceress nature, she always has a spell, but her primary asset is her follower Angelo. On the board, Rinoa doesn't even have to move in order to encounter new cards, but she loses her most powerful ability the moment she loses Angelo as a follower. Use this character with caution!

I know what you're thinking. Where's Garnet? Or Stiener? Or Vivi?

Well, this is just the first batch of 11, after all!

Zidane isn't your classic thief-- he doesn't steal things from the market like your average rogue, but he is capable of simple, one space moves and being able to charm the enchantress (at least a little bit.) Perhaps his biggest benefit is his ability to dual-wield swords and axes, especially if you have a lot of custom-made magical weapon cards in your Adventure deck.

Final Fantasy X is driven by Yuna's pilgrimage around Spira and her trials as she gathers up the Aeons she requires to beat Sin. As in the original game, she begins with a "Summon" spell, and has the ability to draw more of them at any Temple, Shrine or Chapel on the board. Need more "Summon" spells? That's another installment as well.

Tidus is another character who begins the game with a sword (after all, it's a gift from his Father) and his hatred for Jecht shows through in the fact that he must fight Jecht whenever the two occupy the same space. (regardless of how badly pitched the odds are against Tidus)

Luckily, Tidus' experience as a Blitzball player has given him the chutzpah he needs to handle the Storm River, and his strange luck allows him to subtract one from the roll on any event card (This can mean the difference between disturbing a little fiend and a BIG fiend, like Geosgaeno.

Yeah, FFX-2 is all about Yuna's search for Tidus in the post-Sin world of Spira's Eternal Calm, but there's an underlying story here about two lovers who once stood against the powers that be and who, though they didn't triumph, still made their mark on the world around them. With Lenne and Shuyin in your Character deck, you can try to rewrite history and change the face of Spira forever long before any of the characters of FFX were ever born.

True to her Songstress roots, Lenne's primary ability allows her to charm any strangers or human enemies in the same space, with a chance to take them as followers and build up one heck of any army that can boost her Strength and her Craft to astounding levels. Shuyin, on the other hand, as a quick and dirty fighter, begins the game with a sword (that adds its bonus to his craft as well) and is fully capable of using a shield to pop his enemies for a +1 bonus on Strength-based combat rolls.

And how does Vegnagun play into all this anyway? Bosses are another installment on its way!

Anyone who's played Final Fantasy X knows that there was a pilgrimage before Yuna's that was led by her father (Lord Braska) and Tidus' father, the ever awesome Jecht. Are there any characters more awesome than Jecht? I don't think so. He's so awesome, he always gets drunk at the Tavern, he always encounters two adventure cards every turn he's enslaved, and he always wins over bandits and other human enemies that would harrass anyone else in the field.

Sure, Braska has his charm-- he begins with a load of spells, always has at least one, and has a knack for picking up followers, so he's decent in the field as well.

I love Talisman. I've been in love with it since I ran across my first copy at a yard sale fifteen years ago. I also love Final Fantasy, and I plan on doing a number of Final Fantasy themed cards, including more characters, plenty of bosses, and a buttload of adventure cards. Got anything in particular you'd like to see in the next installment? Let me know by commenting below! 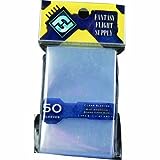