Since its introduction of Pokémon in 1996, the players have travelled multiple regions, fought several opponents and earned different badges. However, in order to achieve those goals the player must pick between three starters. Those three starters possess unique traits that is derived from their main element and also possess specific weaknesses to other Pokémon depending on their particular element. In this blog I will talk about the forgotten starters of the Pokémon franchise which are the grass starters. The grass starters are just as important as the water and fire starters and I will go in detail on the most memorable grass starters throughout the Pokémon universe. 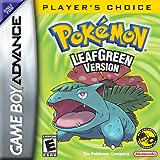 Bulbasaur is number one on the list of forgotten starters because I will be honest I always leaned towards the fire or the water starters in the first generation with the exception of Pokémon Yellow in which the player had no options and it was stuck with Pikachu until you caught different Pokémon thru their journey. I believe if I played the original games or the remakes I would maybe consider to have Bulbasaur as my starter. In the earlier versions of the Pokémon games , Bulbasaur can be considered to be the easier mode of the game because Bulbasaur has the type advantage against half of the earlier gyms.

Even though I list Bulbasaur as one of the forgotten starters, it is the only first generation starters that possess a dual type for its evolution line. For instance , if you look at Squirtle or Charmander they will be only water and fire respectively unlike Bulbasaur that will have a grass and poison type in its primary form. The other occasion the player will see a dual typing for a grass starter would be in the Sun and Moon series in which is Rowlett that will have a flying and grass dual typing. That is not the only factor that sets Bulbasaur apart from the other starters.

In comparison to other starters of the its generation Bulbasaur will become a very important component for your team because Bulbasaur reaches its other evolution stages faster than the other two starters, which will be very useful to later parts of the game.

I believe if Bulbasaur was not introduced in the first generation I do not think that the Pokémon franchise would have been successful, because it is one of the main characters in the earlier seasons of the anime as well as the games. Bulbasaur and the other starters from the first generation are the only starter Pokémon that are featured in the cover, which makes them a very integral part of the franchise. Bulbasaur paved the way for other grass starters for the franchise , we will take a closer look at them.

Grass Starters Are Cool After All

In the early 2000s , players around the world were introduced to a new generation of Pokémon as well as new season for the anime. I consider generation 3 as well as 4 to be very strong generations in terms of endless possibilities of what starter to start. In this particular case, generation 3 has the best lineup for starters the player can choose from. Treecko the grass starter for generation 3 is by far one of best designed and powerful grass starters throughout the whole Pokémon franchise and it was very fundamental part for the success of the games as well as been a huge part for the anime.

Treecko is very useful in the earlier stages of the game having the advantage in the first gyms on the Hoenn region. For instance, Treecko will learn absorb in level 7 or 8 in which can knock down any opponent with a type disadvantage like Rock Pokémon. It is also important to point out that Treecko's base stats are very balanced with the exception of special attack and speed in which is better than the other counterparts.

Treecko unlike its previous generations I believe cannot be considered to be a forgotten starter because the player can easily choose Treecko as their starter instead the other two starters. Also, players of the game can easily lean towards choosing Treecko because of how it is portrait in the anime. The level of importance of Treecko is huge for the Pokémon franchise because without its introduction the Pokémon franchise would not have reached its level of success within the games and the anime. Treecko's importance to the anime played a huge part in the development of the mega evolution storyline in the X and Y series which was introduced in generation 6. Treecko may be the strongest of the grass starters but can be better than Turtwig.

Following the overwhelming success of the starters of generation 3, players were once again introduced to a whole new world of Pokémon with the introduction of generation 4 and consequently the option of choosing three new starters. In the Diamond and Pearl series, the player had the option of choosing between Chimchar the monkey fire starter, Turtwig a turtle looking grass starter, and Piplup the water starter. In this particular generation , all three starters will receive a second type to their evolution chart, which can be a major boost of confidence for the player or a major headache. We will take a closer look at Turtwig's strengths and weaknesses throughout the next paragraphs.

Even though, Turtwig is equally strong to Chimchar there are a few weak that it is important to consider. Unlike other grass starters, Turtwig's speed stat is mediocre at best and it will lose some key battles for the player which can be very frustrating. However, once Turtwig reaches its final level of evolution it will be become very helpful because it will include ground attacks which can improve the overall strategy game plan of the player. Regardless of the stats of Turtwig it is one of most balanced grass starters across all generations and it should not be forgotten by players.

Generation 4 is one of the few generations of the Pokémon franchise the player will opt between a grass or a fire starter that phenomena will only occur in the Sun and Moon series. Even though grass starters I consider to be forgotten starters they play an important part on the success of the anime as well as the games. If the players did not have a Bulbasaur there would be no Charmander and so forth. Thanks for reading.