The New Interactive Furby for 2012

The new Furby is set to be one of the top toys for Christmas 2012. He's cute, he's interactive, he's teched up and comes is a range of bright colors that will appeal to kids.

The original Furby was a huge craze. I remember lots of TV footage of parents desperately scouring the shelves to find the last Furby in the city! Of course in 2012 many Furbies will be bought online. Hopefully Hasbro have produced enough Furbies to meet demand.

Furby 2012 is available to pre-order for delivery from September 16th 2012. Also available in the UK.

Come on in and meet the cute little fella.

Hasbro has a new Furby for 2012. Just like the original Furbies this little guy is interactive and kind of cute. But he's been updated to the latest technology with lots of sensors, LED light-up eyes and of course an iOS app (optional.)

The new 2012 Furby is now available to order in a range of colors. Furby has created a real buzz which looks set to continue in 2013.

Let's take a look at the new Furby:

Does your Furby need a friend? The new Furby Party Rockers are smaller than Furbies but still speak Furbish and react to voice and music and an Furby app. If you have a Furby it will react to a Party Rocker.

These new guys are less expensive than the original Furbies and make a good stand alone gift or add on to an existing Furby. 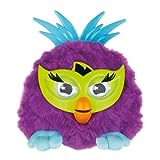 Are the other Furbies too ordinary for you? How about a funky punk Furby with spiky Mohican tufts? These are the newest Furby colors.

The Punk Furbies were the final set of styles to be added in 2012. These guys are Furbies with attitude! 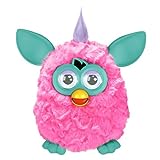 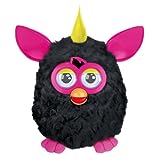 Initially Furby came out in 6 colors: Purple, Teal, Orange, Black, White and Yellow. Some of the Furby colors have uniform straight hair and others have ruffled clumps of fur.

The Purple Furby has been very popular! And here are the other five colors: 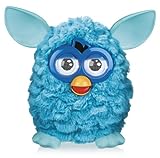 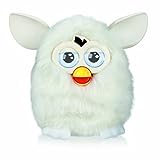 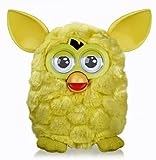 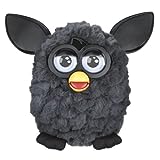 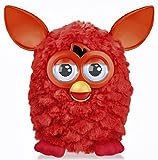 Purple Furby is my personal favorite from the new colors. I like the really vibrant colors. Much better than pastels.

It looks like lots of other people like Purple Furby too, she's getting hard to find in the stores. This little guy is starting to become a collectors item. It's worth checking on eBay.

Four further colors including Hot Pink have been available from October 2012. Now I know that the hot pink Furby will be very popular, but the Dark Plum guy is my favorite.

The four additional colors are also available to order here: 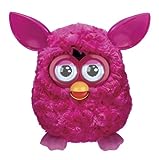 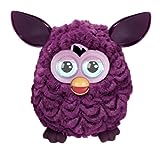 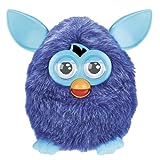 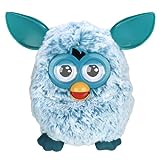 You might not notice when you just see an image of a new Furby, but the eyes are actually light-up LED screens so the image can change depending on Furby's mood.

Here's the Teal Furby with his LED screen eyes showing a different expression.

Furbies are capable of showing lots of different moving images and graphics on their eyes. And they'll be easy to spot in the dark too.

If you put something in a Furby's mouth he will nibble on it when it presses on is tongue. You can also use the option app to feed a Furby different foods and see what he makes of them.

The new Furbies have a long tail with a furry tip. Pulling the tail of a Furby is one of the ways you can interact with it.

As well as being able to detect his tail being pulled and his tongue being pressed, Furby has a range of modern sensors to detail movement and touch.

Furby has a tilt sensor so he can tell when you're spinning his around and turning him upside down. And he is touch sensitive too. (The original Furby had a basic IR sensor so this is a major update in interactivity.)

Furby does have some movement. Furbies can dance when they hear music and wriggle when they are ticked. They don't walk around though. You can watch Furby move in the Furby video above.

The 2012 Furby has an optional iOS app. The app can translate from Furbish to English and allows you to feed your Furby tasty and interesting foods.

The app works with the iPad, iPod touch and iPhone.

We think the White Furby is stylish choice for a tech-savvy kid with a white iPod touch or iPad. Very sleek. Of course a white Furby does need an owner that will keep him clean.

What age of child will a Furby appeal to? Hasbro has set the recommended age for Furby to age 6+. Kids aged 6, 7, 8, and 9 will probably be the main owners of the new Furbies.

Younger kids might not appreciate all the interactive features, but I'll bet that younger siblings will want to get their hands on a Furby owned by a big brother or sister so some 4 and 5 year olds will want Furbies.

Furbies are not suitable for children under 3 years old.

Lots of older kids will enjoy a Furby too - it just depends on the personality of the child.

And yes, there will be lots of adult Furby owners too!

A child who was 6 in 1998 when the original Furby was a huge hit will be a young adult of 20, in 2012 (yes it's fourteen years later!) They might be in college or working their first job.

I can see the new Furby being a big hit in college dorm rooms, shared houses and places that hire a lot of young adults. Furby definitely has Retro appeal.

Furby is an electronic toy and requires batteries. It is not rechargeable. Furby takes 4 AA batteries which are not included so don't forget the batteries.

You can see from the box that batteries are not included and that Hasbro recommends Duracell AA batteries to power Furby.

Suitable for Boys and Girls?

Will Furby appeal to boys and girls? Hasbro are certainly hoping so. The promotional material shows boy and girl owners of Furbies.

The colors range for the new Furby certainly appeals to boys as well as girls. My boys ages 4 and nearly six immediately declared that they wanted a Furby (Yellow and Orange.)

The interactive and tech features mean that Furby is seen as a cool toy, not just a cuddly toy.

I'm pleased to see the range of bright and neutral colored Furbies that are available.

Girls do seem to be the main owners, but boys are also intrigued. Some of the designs are more monster-like than cutesie.

Furby certainly does appeal to young kids, especially the girls. I help out at a local primary school and after Christmas several of the girls told me about their new friends. They do seem to treat them almost as pets. But pets they can accessorize! They each had special places to keep their toy and took them when they went visiting family. The interactive features make them more than a cuddly toy and the kids do seem to get attached to them.

Furbish is the language spoken by Furbies. When you get your new toy it will speak Furbish. But over time if you interact with a Furby it will learn English phrases.

The iOS app translates from Furbish to English.

We're not aware of other Furby 2012 accessories yet, but we wouldn't be surprised to see them appearing.

How Do You Turn Furby Off?

Well you don't! That's right. The official advice from Hasbro is to leave the toy in a quiet room. Hmm. Or you can take its batteries out.

View the current top-selling Furbies to find out what is hot at the moment: Top Furbies

Look for hard to find Furbies on eBay, you might also find a used Furby looking for a new owner.

LeapPad 2 Review - Hands on with 4 and 6 year olds
A LeapFrog LeapPad 2 Review by a Mom to two boys aged 4 and nearly 6. Read our review to find out how we're getting on with the LeapPad 2. We'll cover what w...

Thanks for Visiting 2012 Furby