Oh hell yeah! FSX might be a little older than many of the flight simulators I use, but as I hope to show you here today, with a few choice add ons it can still compete with the newer sims.

This is part one of an ongoing series of articles that I hope will help newcomers get the best out of their FSX experience.

But first a little bit of history. FSX is the latest incarnation of Microsoft Flight Simulator. It was released in October 2006 to a rabid community of simmers. Ok, frame rates were low with that generation of hardware, but for those with unlimited bank accounts, it looked better than any flight sim before it. It shipped with 18 planes and 28 highly detailed cities, with an almost uncountable number of airports, both major and bush style small strips.

So, its been around a long long time, which is cool, because now our hardware can run it with the detail turned up to max!! Also, there are so many pay for add-ons that completely update the landscape via scenery packs and add extra planes and features. This can be a little confusing, So in this article, I hope to help offer some advice on what is worth getting scenery wise, and I will tackle add-on aircraft in a separate article.

All of the screenshots in this guide are taken by me, using my own hardware and software. I have added a little bloom to some of the shots, and corrected the colours in a few for artistic reasons, but I still believe that this is a fair representation of what you can expect. My PC Specs are listed at the bottom of this page.

Remember, if you need a sweet HOTAS to fly with, check out my review HERE

FSX shipped in 2 versions initially, standard and deluxe. FSX Deluxe added 6 extra planes and 10 more cities, plus upped the number of missions from 30 to 51, a really nice bonus and it can still be found on Amazon or Ebay.

Later followed 2 service packs, free patches that improved the performance and Acceleration, an absolutely MUST HAVE add on pack that added further structured missions and a host of new features and planes.

Later still, a Gold edition was released, containing all of the above in one easy to install package. If you can find it, this most likely the best value for money.

Ok, so you have finally got your hand on FSX in whatever version you choose. Well, that's all well and good, but I'm afraid to get the level of detail you seen here in this article, you are going to need to put a bit more cash / effort into it.

My first choice was to improve the scenery, and boy oh boy is there a lot of choice! The good news is that you can mix and match many of the different scenery packs without conflicts in the software, if you follow the manufacturer's instructions.

Real Environment Extreme is a one stop shop for enhancing weather, lighting, waterways and sea, and of course the sky. Currently priced at $39.94 it isn't cheap, but it does add a whole new level of detail and realism to your FSX Flight Sim experience. The sun sets and rises in the most beautiful way, the clouds simply have to be seen to be believed and the colours I feel better represent the natural world.

As an additional boon, it's worth noting that this package will also benefit your airports with improved asphalt textures, better lighting, markings and signs, and ground scenery.

It is also fully customisable, and is not too heavy on the old framerate!! I cannot recommend this product enough and if you are looking for photo-realistic weather to enhance FSX.

GEX for short, this brings a much higher resolution texture to the ground scenery. This comes in several flavours, so you can add on scenery as you can afford to in chunks, so to speak, depending on where you want to fly with enhanced terrain.

I opted initially for Europe, followed my North America. I then added Africa and the Middle east, and ten finally the Atlantic and Pacific Tropics. These cost in the region of $30 - $40 each, and so represent a MAJOR investment, but the difference I believe more than makes up for it.

This really does represent bang for buck, but is going to be a frame rate hitter, and you may well need a larger hard disk to store all this extra information!

in my opinion, absolutely the most impressive scenery I have laid eyes on! $99 gets you the whole of the continent split into various zones, blue, gold, green and red, all corresponding to different climates in the continent. These can all be purchased separately if required. Talking of installation, it's a breeze! It pretty much takes care of itself.

So, what do you get for your money? The scenery is taken from licensed aerial photographs, and by the looks of it not a road or railway has been missed out, making VFR (visual flight rules) navigation really easy. The software is bug free as far as my testing has shown, and the textures for houses, cities and trees are the best I have seen.

I urge you to try before you buy, it can be a resource hog, but it's well worth the potential hardware upgrade. Australia is a beautiful continent, and this pack fully does it justice. 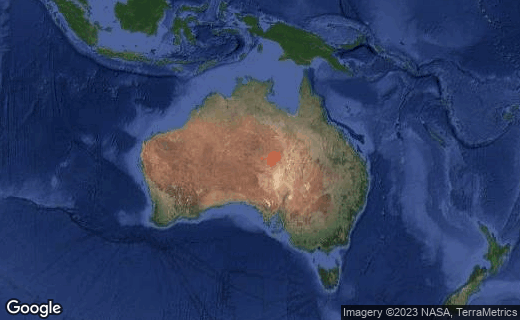 What civilion flight simulator do you fly the most ?

The End, For Now

I hope that you have enjoyed reading about some of the options available to enhance FSX. This is really the tip of the iceberg with add-ons for FSX, and in the next article I will be looking at some of my favourite planes I have purchased over the past few years.

The third article will detail some of the best free add-ons, that's right, free!! Believe it or not, some people are adding value to this great flight simulator just for the love of it, and it's our duty to try them out.

Have fun with your first flights, and try not to smash up your shiny new plane !!