An intriguing leisure pursuit for both children and grownups is Rock Collection. Despite the fact that stones and rocks are found ubiquitously and are inexpensive, one can find multiplicity of rocks.

Rock and stone collection is one hobby that has diversity or variety since the gathered rocks can be exhibited in a range of ways and style. Large rocks are generally arranged in the house driveway or are kept in rock gardens and even in a normal house garden. There is a new trend of creating miniature rock gardens in containers which can be kept anywhere. Small rocks are set on sill of the window. Generally these rocks are collected in rock collecting bags. 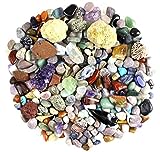 To pursue rock collection as a hobby, one should be aware that primarily rocks are classified in 4 groups:

These rocks are produced under circumstances relating to extreme heat. These rocks are generally formed by process involving volcano eruption or any other similar events.

Igneous rocks are some of the most exhilarating discoveries.

For example: Obsidian which is acid or granitic glass created by the rapid cooling of volcanic emission but no crystals are formed. This rock is generally dark, rigid and shiny but transparent in thin pieces which may look as if it is black glass broken in pieces. Native Americans used obsidian to craft pointed tip of the arrow.

Pumice is one more remarkable pyrogenic rock. It is a light glass formed on the surface of some lavas; is full of pores, which makes it so light weight which makes it float on water. It is utilized to clean and remove callosities from a person’s foot.

For instance: Grit or mire compressed collectively due to their weight otherwise by pressure of water; change in solid form, in due course of time.

At certain occasions sedimentary rocks can be told apart easily as these types of rocks much appears as elements attached collectively.

Metamorphic Rocks are similar to sedimentary rocks are changed from their original form by heat and/or pressure. These rocks occasionally comprises of layers, however these layers are stooped so these will not be found arranged as flatly throughout the rock.

Many people who like rock collecting as a hobby, take pleasure in gathering Minerals, Gemstones & Crystals. In reality minerals aren’t comparable in kind or quality with rocks, but pure minerals are also a part of rock collecting.

Some of commonly collected minerals are Iron Pyrite and Quartzite

Quartzite is a hard metamorphous rock composed fundamentally by quartz crystals which are linked or locked closely. Quartzite appears more or less similar to diamond.

A number of individuals collect rocks as a souvenir when they find a beautifully cute round rock at a beach or any other place they are visiting. This kind of collection does not call for a great deal of analysis of stones and rocks, but more serious rock collectors do a lot of scientific analysis while collecting rocks and minerals. They label their collected stones by using a marker, also add details such as date and location where rock or mineral was discovered.

One thing to bear in mind is that while collecting rocks, different areas or parts of the earth has different variety of rocks and stones. For example, loads of sedimentary stones can be found in American Midwest however very few metamorphic and pyrogenic rocks are found. Gneiss and schist are metamorphic rocks found in the Appalachian Mountains.

Knowing the tools to take with you will make your trip more productive. Depending on the kind of mineral you are going after

It is very useful to have rock/mineral collecting tools and apparatus when you go on a rock hounding trip. The tools you require may differ according to the rocks you’re after. But you have nothing specific in mind, following is a typical list of rock hunting tools that you may want to take with:

Sieve can prove to very useful if you’re looking for some pretty small rocks so that they can be separated from powdered material or grading particles.

Gloves to keep your hands clean and protected from flying rock chips and also makes sure that you don’t have any blisters or wounds.

Magnifying lens is a necessary apparatus if you are looking for tiny rocks and minerals. Make sure to purchase a good quality lens which has around 10x magnification.

Safety glasses to protect your eyes from flying rock chips while using a hammer or any other steel tool.

Numerous Hammers are used by serious rock collectors. A wide range of hammers are available depending on the purpose and rocks.

Sledge Hammer: An 8-pound sledge hammer with around 36 inch long handle is generally used to sever large rocks in small pieces so that they can be easily managed. Sledges are heavy so make sure that you’re strong enough to use it and that you don’t hurt yourself while using it.

A geologist's hammer or rock hammer: It consists of consists of a mishmash of a flat head, with either a chisel or a pick head at the other end. Flat head of this hammer is useful while trying to split the rock by blowing it. A pick head has a pointed end to exert maximum pressure which is very handy for finding minerals. A chisel head is used to clear covering foliage from exposures and is also used to lever open the fissures.

Buckets and Rock collecting bags will keep all your rock collecting equipment in one place as well as you can keep your collected rock specimen in these. It is also advisable to have some wrapping paper.

No matter where in the world you live, it is sure that you will find that rock collection is an irresistible hobby!