I was living in Fairbanks, Alaska in 2001 when I was first introduced to Gangaji, one of the spiritual teachers I have met and studied with for a period of time, and who follows the lineage of the Hindu Saint: Ramana Maharshi. I would travel out of the ‘Last Frontier’ state to the ‘Lower 48’ to attend satsang. Satsang is the Sanskrit word for, ‘a meeting with Truth’. She would hold satsang in the San Francisco Bay area in California, which was always a welcome change from the cold, dark winters of Alaska’s Interior.

Having listened to talks about ‘Leela’, or the ‘Divine Play’, given by both Gangaji and her husband, Eli, I decided one evening to Google the word and was amazed to find that, not only was there a game with that title, but also a book, by Harish Johari, an Indian author and philosopher. Johari wrote a companion to the game, Leela , to help the player better understand the game of Leela, a predecessor of Chutes and Ladders.

The Creators of Leela-Old and New

Created some 2,000 years ago as a compilation of the work of various Hindu Saints, Leela is said to be the game of ‘Self-Knowledge’; the Yoga of Snakes and Arrows. The similarity of the ‘snakes’ on the board to the modern, American game with ‘chutes’ which drops the player down to another level, along with the ‘arrows’ on the Hindu game board, which compares to the ‘ladders’ on the popular Chutes and Ladders game, carrying the player upward, is about the only similarity there is, for the game of Leela is a much more complex, and meaningful game.

In the back of Johari’s book is a folded, paper game board. It can be carried conveniently along with the book, which explains the various squares-72 in all, and planes, or chakras. Therefore, a person only needs to add one die and a personal item that belongs to each player-something small enough to maneuver around the board, but personal enough to have significance, such as a ring or other talisman, to start a game with family and friends anywhere one goes.

The object of the game is to discover what truths are revealed for you as an individual, while traveling across the board. Each square is representative of a virtue or a vice; an aspect of human consciousness. Each level is a plane, which represent the seven chakras one must traverse to reach the eighth plane of enlightenment. Chakra is Sanskrit for ‘spinning wheels of energy’ which are centered through the median of the body from pelvis to crown.

The die represents Karma, the law of cause and effect. Karmic action brings on enlightenment or rebirth, depending on what our intentions are as we make choices throughout our life. In the game, throwing the die creates an opportunity of choice, just as it does in real life.

Meet Yourself in the Game of Self-Knowledge

As the players move up and down they are carried through the layers of planes. The patterns that begin to emerge through repetitive visits on the same square or down the same snake, etc., reveal to the players their relationship to their own self and the Absolute. It is a game of exploration, discovery and liberation.

f you have never heard of this game, and many Americans have not, be sure to check it out. While you may not be able to walk into the average toy store to buy it, it can be purchased online, primarily through Amazon. It is one of the more interesting games I’ve played…but, not necessarily one filled with simple entertainment. 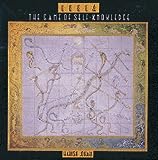 Please Take This Poll-Thank you.

Are you intrigued enough to play a game of Leela?