Rachel is a technology enthusiast who works remotely for a startup company in New York City from her North Carolina home.

In case you've been living under a rock for the past few months, Fortnite is the multi-player video game taking the world by storm. The game has captured the undivided attention (and in many cases-- obsession) of kids, teens, and adults alike. The game was introduced in 2017 and quickly became one of the most successful video games in history.

The game is what’s referred to as an open-world survival game, in which players collect resources and weapons, and build walls and towers in an effort to outlive opponents.

The game is set here on Earth, but most of humanity has mysteriously disappeared. One of the players' main objectives is collecting materials to build protective fortifications-- thus, the name of the game.

The game really took a few months after its initial launch, when the publisher, Epic Games, introduced Battle Royale mode. In this mode, 100 people square off against each other in a fight for survival. Within weeks of Battle Royale's introduction, 10 million people were hooked on the game.

Fortnite can be played on Xbox One, PC, Mac and mobile. Many of the top Twitch streamers prefer PC, and I believe PC offers the best Fortnite gaming experience. Every great PC gaming setup has at least 4 crucial elements:

Your gaming monitor may arguably be the most crucial component of your gaming setup. After all, if you're not seeing things clearly, how can you focus on eliminating your enemies with utmost precision? Not to mention, the monitor is generally the first thing the eye sees when looking at a gaming setup, so it should be worth looking at!

Not only does a gaming setup need to perform optimally, but it should also look really, really cool.

Besides the mouse, the keyboard is the one other place where your hands are going to live during epic Fornite showdowns. In keeping with our theme of superior performance and visual appeal, let's take a look at this killer keyboard.

There are a lot of great gaming headphones to choose from. For me, the most important part of having the headphones for my Fortnite gaming setup is being able to hear (with great accuracy) when enemies are sneaking up on me. Not only do I want to hear when they're moving closer to me, I want to be able to determine the direction that they're coming from. 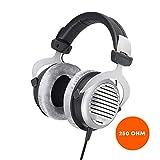 According to EUROGAMER, headphones are pretty much essential for playing Fortnite. They offer you the best chance of hearing other players' footsteps as they come towards you. Without the element of surprise, your enemy loses the advantage!

Have you ever played Fortnite?