The traditional Zombie game continues to be popular; however the standard 'bash' and 'slash' game is being challenged by more survival type zombie games. There are a few new games on the horizon, with a tie-ins to the Walking Dead series and a potentially intriguing new type of ‘zombie’ game in The Last of Us

The Last of Us Remastered - PlayStation 4
Buy Now

The Last of Us

This Playstation 3 exclusive title is a third person perspective ‘zombie’ game with a difference. You follow Joel and Ellie on a journey across America as they seek to escape the military and the ‘infected’. The world has been decimated and the journey will take you through abandoned cities. The population has been torn apart by plague and survival is not easy.

The game looks fantastic; game play is a cross between action adventure and a third person shooter with less emphasis on the killing making survival, stealth and the ability to find food and weapons important. The enemies come in many forms including other survivors competing for the same resources. 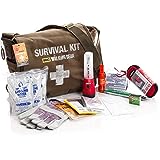 One of the best characters in The Walking Dead series is Daryl Dixon. The video game Survival Instict is a first-person action zombie game that allows you to play this character. The quest becomes a haunting one as you make your way to the relative safety of Atlanta with his brother Merle.

Unlike most zombie games this isn’t a kill fest as survival often requires strategy and stealth to avoid hordes of zombies. There are times when you will have to fight, but you really have to decide whether you will be able to overcome the undead – often this is tricky and you’ll find yourself re-starting many times. The game becomes a cat and mouse one as you try to out-fox the iconic walkers that use smell, sight and sound to hunt you down. The game brings in much of the atmosphere of the TV series with great graphics, challenging game play and a great sound-track – however some gamers may be frustrated by the fact that often it’s very difficult to avoid a dangerous battle despite your best stealthy approach.

It may not be the best zombie game ever, but the tie-in to the TV series makes it much more fun.

Dead Island Riptide is an action role-playing game based in a large open world. The game begins right after the original game with five survivors finding themselves on an island (Palanai) that has been overrun by zombies. Their simple task is to survive the zombie apocalypse!

There’s not much to this zombie bashing game – the graphics are very good, the plot is simplistic, the mechanics are not difficult to master and the game play is pretty typical – it’s basically your typical zombie-bashing fest – but it’s done well and is very addictive. It promises to be far better than the original and hopefully will be glitch free. If you’re looking for a mindless zombie game, then this is the one for you.