Setting Up A CB Radio: Home Base Station and Old Mobile SideBand AM Band Radio Channel

Why would I want to do that? Let me tell you. I can not explain the amount of enjoyment that I had as a kid using a CB Radio. I was set up in my Parent's garage and I enjoyed talking with people from around the area. This was before Cell Phones were in wide use.

I believe that my first CB Radio was a 23 channel Midland International. My uncle was into CB's in the 70's & 80"s and he had some great equipment. He had moved to a different house and he no longer used his equipment so he let me borrow his antenna and microphone, as well as co-ax (wire).

I eventually joined a local CB Radio Club, the "Pony Express" , out of my town. We had "Coffee Breaks" -weekly meetings with club members at the club's headquarters. I remember how impressed I was with all the equipment they had! I was only about 12 years old so my Dad always went with me (he wasn't amused!).

The club sponsored spaghetti suppers, fundraisers for school, charity, and the like, and it was always great to reach them on the other side of town from my home base. I really enjoyed talking with people through radio frequencies.

Have You Ever Used a CB Radio?

Now for some technical stuff. CB (Citizen's Band) radio operates over 40 AM channels within the 26.965 MHz to 27.405 MHz range. Side Band, both Upper and Lower are also related to CB Radio usage.

Originally, CB radio users were required to obtain an operator's license. That was later abolished and so CB Radio is available to anyone, without a license. CB Radio frequencies are monitored and authorized by the FCC (Federal Communications Commission). Here is a user friendly site that briefly discusses FCC CB Radio Rules. For official FCC Rules, click the link.

Recently, I purchased a brand new Galaxy DX 2547 Base Station CB Radio with Side Band. This is truly a beautiful radio and promises to have a lot of power. Look at the picture of the radio; it truly is gorgeous! 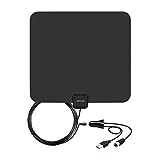