Chess For Beginners: The Opening Game 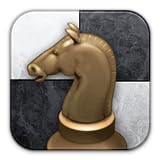 The opening game in chess consists of the first ten to fifteen moves. Thousands of books have been written regarding the opening of a chess game, but for the beginner and amateur player, these are best eschewed, in favor of learning basic opening principles, and learning to apply them.

Before we discuss opening strategy, there are a few terms which must be introduced and explained. They are essential to an opening game. For a chess beginner, these terms and concepts seem like the hidden secrets of the masters. The first time I heard these two terms, I felt like a complete idiot, because I had never heard of them before. Rest assured, if you haven't heard them yet, I was in your shoes in the not too distant past. If you have head them, bear with me as I go over some key beginner concepts.

The two concepts are En passant, and Castling.

En passant is pawn play. It occurs when a white pawn gets down to the dark side, or when a dark pawn comes over to the white side. Each row (or rank) of the chess board is numbered, starting on the white side. The row (rank) occupied by white pieces is the first rank. The row occupied by white pawns is the second rank. The rows continue numerically across the board. The rank occupied by dark pawns is the seventh and the dark pieces occupy the eight rank.

The importance of numbered ranks will become evident, as I explain En passant. This pawn capture is legal when the four following criteria are met:

2. The capturing pawn and the seized pawn must be on adjacent files. (They must be on a column next to one another. Beginning on the white side, left, the column's are lettered a-h.)

3. The captured pawn must move two squares in a single move, from it's initial starting point. Remember, a pawn may move one or two squares in its first move.

4. The capturing pawn must exercise En passant in the very next move, and capture diagonally forward, as if the captured pawn had only moved one square.

While En passant is not an opening move, it is an important part of pawn play, which needs to be addressed early on, for development of strategy.

The next important move is called castling.

Castling involves the King and a Rook. Castling is essential in any opening game strategy. Basically, the theory behind castling is that your King is moved safely out of the center of the board, and one Rook is brought out of the corner, and closer to the center where it will be more effectively used.

Castling counts as one move, although the king and the rook move simultaneously, over multiple squares. The King may work in concert with either his own Rook, or the Queenside rook. Basically, the King moves two squares toward the intended Rook. The Rook then moves to the inside side of the King.

Castling may take place when the following criterion are met:

1. Castling may not be done if either the King or the intended Rook have already moved. Each must start in it's original position.

2. All squares between the King and the Rook must be empty. Neither can jump or capture another piece to castle.

3. The King cannot castle if he is in check. If the King escapes check without moving (i.e. another piece blocks the check, or the checking piece is captured), the King may later castle when it is no longer in check.

Castling may take place if the Rook is under attack.

The best opening plan is not to memorize the details of hundreds of opening plays. Chess is organic, and every game is different. While you may memorize opening games, your opponent may not, and will not react in a way that fits with your plan.

A better strategy is to play to occupy and control the center. From the four center squares of the chess board, it is possible to extend influence and control over a lot of territory. There are three advantages to this ploy.

1. Mobility: Pieces in the center are more mobile and effective and can move to more squares than the pieces on the edge.

2. Restriction: If you control the center, your opponents ability to move is restricted. Your pieces act as a barrier to the other side.

3. Troop preparedness: Your pieces are ready to occupy and win when you occupy the center of the board.

First, center pawns should move out, to claim territory, and to free bishops. After the pawns, move Knights and Bishops. As soon as these minor pieces are developed, it's time to castle. Move your King safely out of harms way, and your Rook toward center, where it will be more effective. Next your Queen moves, connecting the Rooks. It is best to work the Rooks together, along a central file. They are powerful and effective when used together.

Thus begins your game of chess. Practice these moves over and again, until they become rote. As you see what moves work well, and what moves don't, you will develop your own unique opening game. 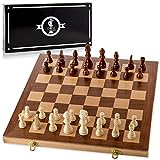 First, center pawns should move out, to claim territory, and to free bishops.

After the pawns, move Knights and Bishops. As soon as these minor pieces are developed, it's time to castle and protect the King.

Move your King safely out of harms way, and your Rook toward center, where it will be more effective.

Next your Queen moves, connecting the Rooks. It is best to work the Rooks together, along a central file. They are powerful and effective when used together, especially when used in concert with the powerful queen. This forms an unstoppable trio, near the center of the board.

Thus begins your game of chess. Practice these moves over and again, until they become rote. As you see what moves work well, and what moves don't, you will develop your own unique opening game.