Which do you play?

The games Chinese chess and Chinese checkers are completely different games and shouldn’t be confused for one another. There are a lot of differences between the two games, not only in how they are played, but also in how they originated.

While I remember having a Chinese checkers game as a child, I’ve never played Chinese Chess. I have watched others play it, and find it as amazing and mystifying as Western chess, its cousin. 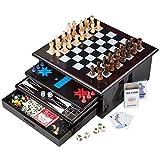 This two-player board game is related to the Western version of chess, which is why it is often called Chinese chess in English speaking countries. The earliest traces of Xiangi trace back to China in the 4th century BC. Xiangqi is a strategy game based on the strategy of battle; and, it is believed that the game may have been developed to help ancient generals plan their battles.

The game is played on a board that is nine lines wide by ten lines long. The center of the board divides the two teams by a section called the river. The river is often considered a physical river, but has also been referred to as a heavenly river. The game is won by the player who can take the opposing player’s general.

Today, the game is played competitively in leagues. It is also commonly taught in schools or played for entertainment. 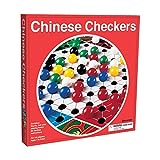 This game is played on a slotted, star shaped board with marbles or pegs. Anywhere from two to six players can play at a time. The purpose of the game is similar to regular checkers: you want to get all of your pieces from your corner into the corner across the board.

Chinese checkers can be played by hopping across, where you move your marbles by hopping through empty spaces between single-spaced marbles. A faster-paced version of the hop across is popular in Hong Kong. This version allows the marble to jump over to the opposite side of the board as long as it will land in a position that symmetrically mirrors its original position. You can also play Chinese checkers similar to the traditional checker game of jumping over opposing player’s pieces and capturing them. The player who captures the most pieces wins the game.

A Quick Game of Chinese Checkers