Toned coins are widely admired by many for their beauty. While beauty is in the eye of the beholder, throughout history old and beautifully toned coins can fetch a very high premium in price. Silver is generally considered to produce the most attractive toning, but other metals such as nickel and copper are also possible. When the toning is unattractive, it's referred to as tarnish.

There are many people who would like to own a beautifully toned coin. However, these coins may be expensive and out of reach for the average collector. The good news is that toning is a normal process which occurs naturally over time. The bad news is that it can it can take many decades for the toning process to yield a beautiful coin. However, just as someone can help a fruit tree grow by adding fertilizer, so too can someone help stimulate the toning process.

What is toning or tarnishing and what causes it?

Toning is a chemical process where the surface of a metal such as silver, reacts with the content in its surrounding environment or atmosphere. This can be described with the following formula.

The result is a thin layer of silver sulfide or Ag2S, which gradually forms on the coin surface. Like Oxygen or O2, the Hydrogen Sulfide or H2S is normally present in the atmosphere in very small quantities. This explains why silver will always tone if left exposed to the air, although only after a very long time. Heat and humidity will accelerate the thickening process.

The silver sulfide itself is black and can often be seen on tarnished silverware. However, the thickening layer of silver sulfide will produce various colors through what is known as the Thin-Film Interference Effect.

What is the Thin-Film Interference Effect?

The Thin-Film Interference Effect is familiar to anyone who has seen the bright colors in a soap bubble. The colors are created as follow:

Light that is visible to the human eye covers a spectrum of wavelengths, ranging from about 400 nanometers (nm) for violet to about 700 nm for deep red. Every color in the spectrum has a corresponding wavelength of light. The human eye has three types of cones that each perceive color and they are blue, green and red. Each cone is most sensitive at a certain wavelength. A combination of these three cones is interpreted by the human brain as a certain light. For example, blue + green + red = white.

Blue light has the shortest wavelength of the three cones and is the first to be canceled out by the very thinnest toning layer. The phase shift to cancel blue light is roughly 220 nm, which requires a toning layer of half that or about 110 nm. Without blue, you have red and green, which turns into yellow. This is the reason why the first signs of toning will always be yellow.

How to tone coins naturally?

Now that we know what causes toning, it is possible for anyone to tone coins naturally. Simply leaving your coins exposed to the air for a very long time will do the job. However, if you're not willing to wait several decades, there is something you can do to speed up the process.

The pace of the toning process can be affected by a number of factors.

They key to accelerating the toning process is to increase the amount of hydrogen sulfide in close proximity to your coins. Any source with a moderate sulfur content can accomplish this.

You can also place them in the sunlight for faster toning due to the heat. You must monitor the process to make sure that the toning does not go too fast and becomes ugly. Expect to wait at least 6 months before the first signs of toning start to appear and probably 12 to 24 months until you have something usable.

It is important that you only use low amounts of hydrogen sulfide. Experiment with low value coins first to see what works best. Silver quarters from 1964 would be a good choice. Too much can actually turn a coin completely black and lose all value.

What is the difference between artificial and natural toning?

The difference between the two is not clearly defined and highly subjective. The above method is somewhat in a gray area, but generally not considered artificial toning by most. In general, anything that quickly causes toning is considered artificial. A clear example of artificial toning is to use large concentrations of chemicals in a laboratory to tone a coin. In these cases, it's possible to get a toned coin in seconds. Note that chemicals such as Hydrogen Sulfide are very toxic.

However, these coin are generally different from coins that toned more gradually. They tend to exhibit certain signs that are well known in the collecting community and relatively easy to detect. It is highly unlikely to find any collector who is willing to pay any premium for such coins. There is a very small chance some extremely skilled individual can produce a coin that can fool some experts, but that is extremely rare. Certain patterns and color combinations can also only be achieved through natural toning and not through artificial toning. 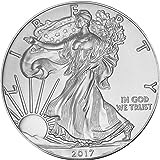 What are the benefits of toned coins?

The primary benefit of a toned coin is its beauty. In addition, an attractively toned coin can make it unique and rare compared to other coins. The toning can make it appeal to collectors who may be willing to acquire it from you. Professional grading companies such as NGC will add a special sign such as a star to indicate its appeal from a physical standpoint. This means that the coin is worth a lot more money than a regular coin. It is not uncommon for attractively toned coins to be worth a multiple of a similar untoned coin.