Thanks for visiting! Hopefully this Hub will be a nice resource for identifying cool toys and gifts for that special someone.

I know, I know. It seems like you just had a holiday where you used tangible gifts to show your loved ones how you felt about them, and now there's another one coming up: Valentine's Day. Of course, the approaching holiday is not meant for everyone in your life - like Christmas - only that special someone. So with that in mind, here are a couple of gift ideas for Mrs. Wonderful that you might consider:

Black and White Round Diamond Heart Pendant: If it's Valentine's day, jewelry always has to be on the short list of items to consider (if not definitely purchase) - no to mention the fact that diamonds are a girl's best friend. This stunning pendant, with both white and black diamonds, is something she will adore for years to come.

M&M Valentine's Candy: It's not Valentine's Day without candy. Moreover, all the world loves M&Ms, so getting these sweets for your sweetheart is a complete no-brainer. (I mean, it's candy after all; kinda hard to mess this one up - unless you're trying to...)

Kindle Fire: This is clearly an item that almost everyone considers a must-have, so if you didn't get it for her at Christmas you're now getting a second bite at the apple.

Needless to say, these are just a few gift ideas for you to consider. Hopefully this will put you on the right track - and get you started early enough - so that you ensure that you remain her Valentine. To the extent that you need other suggestions, please visit Cool Toys and Gifts. 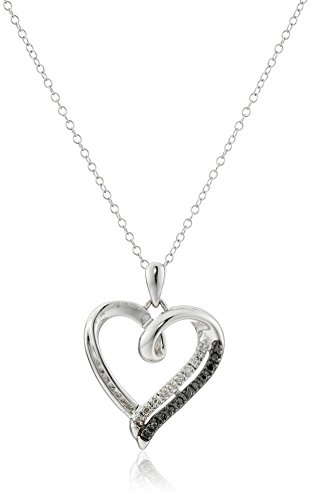 Have you ever wondered how different your life might be if money were no object? Think about all the things you'd like to do, the places you've dreamt of going, all the people you're likely to meet... Even more, how great would it be to just buy every cool toy that struck your fancy?

Unsurprisingly, people tend to do more of this daydreaming during the holidays, if for no other reason than the fact that their yuletide shopping activities bring them face-to-face with so many procuts that they'd love to have - but which would drain their bank accounts. But then again, that's why they call it dreaming.

That being the case, presented here for your viewing pleasure are three distinctive, high-end gifts that average guys and gals probably won' be able to scratch off their list:

Segways are a worldwide phenomenon and instantly recognizable as status symbols. The self-balancing human transporter established itself early on in the public consciousness as a high-end novelty item and has held on to that spot. This all-terrain model will have no problem going across dirt, gravel, sand, grass and other surfaces. In fact, with a sticker price of almost $5000 (and that's for a used model), you're well within your rights if you expect it to practically fly.

There's nothing quite like being able to come home from a backbreaking day at the office and get into your own personal sauna, is there? What, you don't have one? Pity... This 3-person sauna comes fully loaded, including a CD player (with built-in speakers and mp3 connection), color treatment light, ergonomic back rests, oxygen ionizer and much more. And at roughly $1800 per, it's probably one of the more affordable luxury items in the marketplace.

At one time or another, almost every one of us has had the thrill of racing through an airport at break-neck speed, dragging an uncooperative suitcase behind us. On the off chance that you didn't enjoy the experience, here's something that will make your next trip to the airport more palatable: the world's first power-assisted suitcase. It's anti-gravity handle, innovative flat motor technoloy innovation, sensors and intelligent manage systems (amongst other factors) make it an exceptional present; you'll see very few of these in the air or on the ground - especially with a sticker asking $1200 apiece.

Looking back, the 3 gifts mentioned genuinely could be nice ways to indulge your inner child. Furthermore, I probably misspoke earlier in stating that the average Joe is unlikely to be able to afford these things. To be honest, I'm pretty sure that he can; he just won't be able to buy anything else... Still, there's nothing wrong with daydreaming about things like this - and what you'd buy if money were no object. Needless to say, these three item make the list. 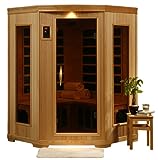 Secrets of the Master Magician - An Exceptionally Cool Gift Idea

When it comes to cool gifts and toys for youngsters, one area in which you just can’t go wrong is a magic kit. Kids absolutely love them! With that in mind, I now discuss a possible gift in this genre – Secrets of the Master Magician: An Apprentice's Manual.

It’s simply a given that kids love magic – as do adults – and are completely fascinated by it. Kids just love performing for family and friends, entertaining everyone with stunning illusions. Secrets with the Master Magician comes with a nice array of magic tricks and illusions that will keep youngsters completely enthralled as both performers and spectators.

First of all, Secrets of the Master Magician comes with the usual suite magical instruments: a deck of cards, a magician’s wand, a handkerchief, etc. It also contains the Apprentice's Manual, a book containing the requisite instructions for performing magical illusions. (Adding an authentic touch, the magic kit itself comes in a box that's resembles a magician's spellbook.)

More to the point, the book describes in explicit detail how to perform various tricks and illusions. There are card tricks, coin tricks, rope tricks and more. Furthermore, the directions for performing each illusion are accompanied by in-color photos for every individual step of the various tricks. In sum, kids are given a basic understanding of how each illusion is performed.

As noted above, the kit contains a large number of magic tricks, and it's going to take some time to become proficient at all of them. Furthermore, youngsters are usually hot-to-trot with respect to performing a new trick as soon as they have learned it. Basically, this is a gift not just with understated, entertainment value, but parents can rest assured that it will be quite a while before kids start to lose interest in it - if ever.

The only negative to this gift (if it can be called such) is that it fails to give kids the full appearance of a magician to go along with their magical skill. There's no cape, no top hat, no white gloves, and so on. But in all honesty, those items are really just fluff in this instance and wouldn’t add substantially to the entertainment value. Basically, Secrets of the Master Magician is an awesome magic kit - whether for beginners, or those for whom this stuff is old hat. It's going to deliver entertainment value well above and beyond what was paid for it.

You can find out more about this and other cool gifts at CoolToysandGifts.com 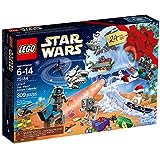 Honestly, is there really going to be any gift cooler than this under the Christmas tree this year? A remotecontrol flying shark? And it's huge! You'll have to buy the helium tank separately (of course), which will probably lead to a lot of high-pitched conversations in your home separate and apart from anything having to do with the shark... Still, this is one gift that will earn its owner mucho cool points.

Just like its namesake, this game has become a certified instant hit, allowing people everywhere to play one of the most-beloved gaming apps in the real world. The game includes, among other things, three Angry Birds. Lots of fun for the entire family!

Another Cool Toy: The Scribble and Write

Children between the ages of 2 and 5, as anyone with a young child could certainly tell you, all appear to enjoy a few common character traits: they've got energy out the wazoo; they don't really want to eat their vegetables; and they adore writing - especially on the walls. With regards to that last item, assuming you ever previously wished that writing could be fruitful instead of just random, the Leapfrog

Scribble and Write, which makes my short list of cool toys and gifts, is just what you need.

As many of you who have youngsters may very well know, Leapfrog can be described as company that regularly manufactures toys which combine teaching with fun. While I can't say that every one of their offerings is a slam dunk in that regard, a good quantity of them are - including the Scribble and Write.

The Scribble and Write is really aimed at teaching the alphabet, and it uses a number of techniques to do so: tracing upper-case letters; tracing lower-case letters; drawing; and guessing characters. It accomplishes this by simply presenting particular shapes, as well as the alphabet, formed by burgandy dots, which show up on a traceable writing pad. Following the verbal instructions issued by the Scribble and Write - which comes with a voice module - a stylus pen (included as well) may then be employed to trace the particular item which appears. (The stylus, mercifully, is attached to the Scribble and Write , so that there's minimal anxiety about losing it.)

With respect to drawing, the aim is to make your little one more at ease with drawing the lines and curves that make up the actual letters of the alphabet. Keeping that in mind, several shapes - circles, zigzags, lines, and so forth - pop up on the writing display for your little tot to trace.

The tracing of upper along with lower-case characters functions in similar fashion, except that your young one is able to choose the character of the alphabet he/she chooses to draw. (The letters all appear on small control buttons on the face of the product.) Moreover, the Scribble and Write slowly and very carefully explains exactly how the character is to be written. For instance, it clearly shows that the letter "L" is drawn by starting at the very top and sketching a line all the way down, then making a line across. After completing any tracing endeavor, your kids press the "paw" key (there is a cute little pooch on the front of the Scribble and Write) and are notified if they accurately traced the letter or not. In the remaining teaching method, the Scribble and Write draws characters and encourages your tot to properly select it by pushing the correct press button.

In short, the Scribble and Write, to a certain degree, can be viewed as instructing by rote, and it seems to be having the desired effect. Talking from the viewpoint of a person with a 4-year-old who is already familiar with his letters as well as his numbers, I feel it really is a great teaching device. Moreover, it makes for a cool toy and gift, our kids really love playing with it, and they probably don't imagine they are really being taught at all.

You can find out more about this and other cool gifts at CoolToysandgifts.com,