What is DCS World?

I am so glad that you asked! DCS stands for Digital Combat Simulator. Several A+ grade military flight and combat simulators have been released under this banner, including DCS A10-c Warthog, Black Shark 1 & 2, P-51D Mustang and DCS Combined arms.

So, what is DCS world then? Well, think of it as glue that holds all of these great flight simulators together in one easy to use common interface. You download and install DCS World first, then you can add in the extra titles as and when you want to as modules, instead of having to have separate installs for all of them.

Now, then, did I mention that DCS World is free and comes with an awesome jet to fly in a series of missions and a campaign?

What is the best combat flight simulator for PC?

Remember, if you need a sweet Flight simulator joystick, or HOTAS, to fly with, check out my review!!

UPDATE AS OF AUGUST 2013 - DCS World is now available on STEAM, which is awesome news!

Also known as the Frogfoot, this amazingly tough jet is similar in role and philosophy to the American A-10. Designed from the outset for battlefield survivability, the pilot sits in a "bathtub" of titanium for protection.

Rest assured, this plane may be lacking the 22 foot long Gatling cannon of the A-10, but it is armed to the teeth with laser and optically guided bombs and missiles, cluster bombs and cannon. This is a tank-buster with teeth, and is also capable of fulfilling precision bombing as well as air defence suppression with sophisticated anti radiation missiles.

Not only this, but it is fast as well, and surprisingly maneuverable at reduced weapon loads. 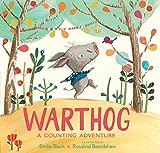 Installation is simplicity itself. Simply download the DCS World torrent (fear not, it is legal and from the company very own link) and follow the installation guidelines. There is DRM to talk about, when you add in extra modules they will need to be activated with a serial number. You only get a limited number of activations and de-activations. However, in practise I have found the company to be very willing to reset the activations when needed by simply sending an email to them.

Let us just remind ourselves of the cost of this. Nothing! Worth remembering isn't it. Now, onto the features.

You can add one, all or none of these modules, and they are all cross compatible, meaning that somebody flying the SU-25T from DCS World can fly against or with someone in DCS Black Shark or even FC3!

Links in this section will take you to more in depth reviews of the relevant modules.

Have you ever flown a flight simulator before?

This is a quality piece of software. Even without the extra modules, this is simply amazing. The SU-25T is one of my favourite jets of all time, and it is brilliantly realised here, with so much content you feel guilty for getting it for free.

This only goes to show the confidence that DCS have in there Digital Combat Simulator, that they would give you so much for free. Stop reading this and go and download it now! With such a great combat flight simulator free, there is NO EXCUSE for piracy any more, go get this one and enjoy it!