Santa brought a brand new Vladimir's ELF Discus Launched Glider to my home this year. It was a V-Tail configuration and looked unbelievably clean, sleek and elegant.

I did not think about it at the time, but the control surfaces on this 2-channel glider are significantly different than the traditional X-Tail plane. On a V-Tail, both servos must work together to perform simple maneuvers that would only need one servo operating at a time on an X-Tail.

This article will discuss the differences between the two tail types and the programming requirements of the Spektrum DX6i controller. I am sure that other good quality controllers have similar functionality as well. Please refer to the user manual to find the settings.

The second tail assembly is the V-Tail. This isn't as common and can be a bit more complex in setting up. Since the two tail pieces form a "V", both of the servos that control the surfaces affect both pitch and rudder. A good transmitter will allow you to "mix" the controls of both servos and program them to work in tandem with each other.

Look at the pictures to the right to see how the two tails are designed.

The following charts are important as they relate to the use of either the V-Tail or Elevon setups in the WING TAIL MIX setting.

Plug in the Elevator and Rudder Servos

The first option to control the V-Tail is found under the WING TAIL MIX settings on the Spektrum DX6i controller. From SETUP LIST, choose WING TAIL MIX and then set V-TAIL to ACTIVATE. This is the predefined setting for controlling V-Tail aircraft.

This setting mixes the Rudder and Elevator controls to achieve the coordinated movements of the two servos.

You may sometimes hear the term Ruddervator to say the same thing as each movable control surface controls both the rudder and the elevator.

The assumption is that you are flying a 4-channel plane and have the rudder on the left stick and the elevator on the right. Unfortunately, most flyers aren't used to this setup for 2- or 3-channel planes. 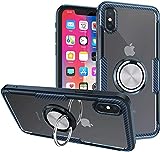 Use this Setting for Planes with Ailerons

The V-Tail setting will work great for planes with ailerons. It keeps all the controls on the sticks that you would expect for a 4-channel plane.

How does a V-Tail Work?

The other option on the DX6i is to program Elevons. Like it sounds, this is a preset combination of the Elevator and Aileron channels.

It can be found in the settings under WING TAIL MIX option. By default it is set to INH (inhibited), but you can change it ACT (activate).

This is almost identical to the V-Tail setting mentioned above, but instead of an Elevator/Rudder combination, the Elevon setting mixes Elevator/Aileron.

But wait! What if I don't have ailerons on my plane? The answer is simple - just physically unplug the leads from the rudder servo and plug them into the aileron port on the receiver. The transmitter will now control that servo with the elevon mix. See the picture to the right.

Take a look at the short video...see how all the movements are coordinated using ONLY the right stick? That is through the use of the Elevon mix.

Use this Setting for Planes without Ailerons

Elevons will keep both the rudder and elevator on the right hand stick, exactly like you would expect from a 3-channel plane controller. For planes without ailerons, this is the ideal setting.

A word of warning here. Not all servos can operate successfully at a 125% throw. Make sure you read the manufacturer's guidance before adjusting the settings.

You may also find physical interferences between the pushrods and the surfaces of the plane when changing the settings. I highly recommend adjusting these slowly and testing them thoroughly on the bench!

When using the Elevon setting, the throw rates are knocked down to 50%! For the vast majority of users, that will be ok. However, there are folks who want to perform high speed aerobatic maneuvers and will want greater and more powerful control of the plane. It is possible to do by creating new mixes.

You can bypass this setting by creating a custom mix. Choose MIX 1, and change the settings by selecting Elevator to Elevator and set it to activate. You can change the throws to up to 125%. Assign the mix to a switch on the controller.

Choose MIX 2, and change the settings by selecting Aileron to Aileron and set it to activate. You can change the throws up to 125% as well. Assign the mix to the SAME switch as the elevator on the controller.

You will want the Trims set to Activate as well.

With a brand new glider programmed, its time to take it out for a flight. Test, test and RETEST all your control surfaces before you launch it into the air. The last thing you need is for a servo to fail with your first full-power launch!

Here are some helpful tips on how to launch an RC glider. i am sure that at least one of the methods will work well for you!

The ELF Discus Launch Glider is the V-Tail plane I am building. In this case, there are only two channels needed. As stated above, to use the elevon function on the DX6i, the two servo leads should be plugged into the elevator and aileron ports on the receiver. It's not a big deal, but the instruction manuals don't really make that clear!

Note: This setup is a subject of debate. There is a distinct group of flyers that want the elevator on the right stick and rudder on the left stick (similar to how a 4-channel electric plane is flown). Their logic is that it will help you become accustomed to future flights with ailerons.

Feel free to stoke the fire of this debate at your next RC club fly-in!