Dark Star was a 3D space based game released for the good old ZX Spectrum by Design Design software in 1984.

It should be noted that it was not based in any way on the cult movie of the same name!

This classic game was far from your average 3D shoot em up, as Design Design games were usually incredibly slick, customisable and packed with humour and hidden extras.

In fact good old Speccy gamers monthly bible Crash magazine awared this game with a well deserved score of 100% for 'Use of computer' category.

This was due to the way the player could customise it by defining any keys (and I mean ANY keys - no other game came close to this level of definability) as well as altering the games skill level, the sound effects, the format of the display and more...

Here I will reveal some of the hidden extras in this cult classic game.

This game was a much deserved huge hit and was released on a host of other retro computers such as the 8-bit Amstrad CPC 464 and ZX Spectrum.

Not only was the game huge and very open ended, it was incredibly fast moving and something a little different in the 3D space based arcade genre.

As far as ZX Spectrum Games go - this is one that is well remembered by gamers for a variety of reasons.

Let's take a look at why this is a game that is so fondly remembered...

Things For The ZX Spectrum on Amazon 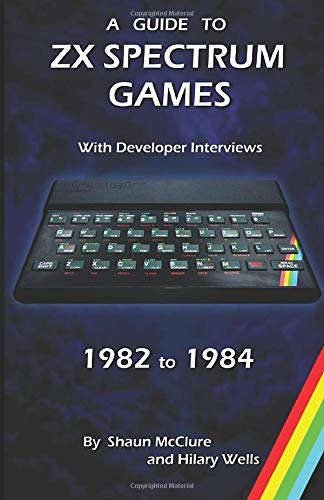 Beginning a game of Dark Star on the ZX Spectrum

Dark Star was possibly one of the first computer games to allow the gamer to enter cheat codes via the high score table, certainly on the ZX Spectrum anyway.

The high score table was actually randomly generated each time you loaded the game up - Design Design games generally contained three or four different tables which were chosen at random when the game was loaded.

To see what we mean you should really download Dark Star for a ZX Spectrum emulator - to find out how to download this or any other game please go to Download Spectrum.

Once you have the game up and running, take some time to play it - it really is a retro classic that deserves a little time and effort.

You will notice the humour as certain planets are described (is the atmosphere cold and rainy, just like Manchester?) and the amusing entries that already make up the high scores.

If you manage to do well enough to get your points total onto the high score table, try some of the following for a bit of fun:

One of the high score tables contained the lyrics to a song. The song gave away the password to an encrypted program embedded within the Dark Star code.

The song was "Everyone's A Nervous Wreck", taken from the Supertramp album "Breakfast In America". So there you go!

The password "Everyone's A Nervous Wreck" had to be typed exactly - right down to the apostrophe.

There are many more hidden features within Dark Star - try pressing different keys on the games menu's - and there are plenty of other phrases that will bring a witty response from the high score table.

Dark Star was a great game that stands out in the memory not only for it's excellent gameplay but also for how it would constantly surprise you and also make you laugh.

Design Design became well known as developers of quality games who always embedded hidden features and humour within their games.

There are plenty of others to try such as: On The Run, N.E.X.O.R, Forbidden Planet (the sequel to Dark Star) and Return of the Things.

This extra effort that was put into their games made Design Design stand out from the rest of the crowd.

I only wish that a Spectrum 128 version of this game had been released to make full use of that superior AY Music and sound effects...

Dark Star on the ZX Spectrum

Anyone else enjoy Dark Star on the Spectrum?