We all know about fads. Who hasn't been a kid, or has a kid, and just had to buy, collect, and trade that hot new item?

In recent years, fads have caused shopping-mall fervor, with parents getting into physical brawls over the last Tickle Me Elmo. Adults swarmed McDonald's drive-thrus for the Happy Meals' Teenie Beanies. Half those adults were parents desperate to get little Johnny and Susie the must-have toys. The other half were people hoping to stockpile rare collector's items sure to be worth a fortune in the future.

As I recall these fads, I'm struck by a pattern. For all the hi-tech toys that scream to be bought, the fads that really stuck were stunningly low-tech. Cheap cards, rubber bands, even rocks have all at some point called out to children and adults alike, saying, Buy me and you'll be popular. Maybe our parents were right when they half jokingly talked about amusing themselves with sticks, pebbles, and pieces of string as children. Even if you never get rich from any of these items, maybe you'll get a smile from remembering them after all these years. 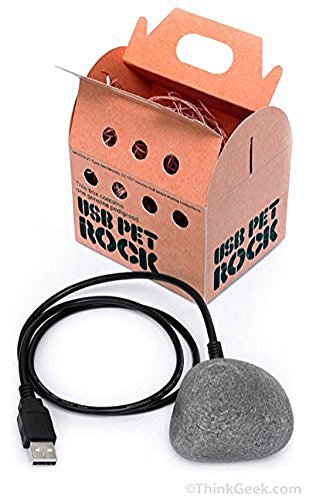 Ever feel like having a pet is too much work? As wonderful as it is having an animal companion, feeding, cleaning, and training a living creature can be expensive, time-consuming, and messy. Wouldn't it be easier to have a pet that didn't require the money and maintenance? In 1975, a bartender named Gary Dahl had the same thought. He came up with the idea of a pet rock--a plain gray stone that could easily follow the commands "sit" and "stay."

Each pet rock came in a cardboard carrier case with air holes and straw bedding inside. Dahl also wrote an instruction manual, The Care and Training of Your Pet Rock, for the proud new owners. The fad took off, and after six months of people snatching up pet rocks at $3.95 a pop, Dahl was a millionaire.

Today you may find some of the original pet rocks on eBay, but you're more likely to find the knock-offs, some with googly eyes attached. If all else fails, you could always adopt a pet rock from a backyard, a riverbed, or someone's rock garden. I wonder if even Dahl is surprised at his overnight success selling rocks (which cost him a penny apiece). I'm thinking of marketing pet sticks.

As a child, one of the most fascinating and mystical nearby attractions was Babyland General Hospital in Cleveland, Georgia. This "hospital," actually a clinic converted into a theme park, is the official "birthplace" of Cabbage Patch Kids, one of the definitive fads of the eighties. Lucky children can witness a nurse delivering the babies from a cabbage patch surrounding a magical, crystal-studded tree. The babies are then formally "adopted" by pint-sized parents for quite a hefty fee.

As they became mass-produced, Cabbage Patch dolls became the must-have Christmas item, prompting shopping mall rushes and brawls. Knockoffs and hoaxes, like the Garbage Pail Kids, led to lawsuits filed by Roberts. The dolls' unique (some would say ugly) features even prompted bizarre urban legends. For instance, supposedly the U.S. government was behind the dolls' design because it wanted to acclimatize the public to the appearance of mutated children in the event of nuclear war. Crazy, huh?

Cabbage Patch Kids are still around today. So is Babyland General Hospital, still a small-town attraction for devoted fans, collectors, and excited kiddies.

Third grade was a big year for me. It was the year I got my first bee sting. I broke my arm falling off the monkey bars. I visited New York City with my dad. Third grade was also the year of pogs.

Small, circular cardboard wafers with colorful depictions of animals, sports figures, and cartoons, pogs were put in a stack facedown. Players took turns using a heavier plastic disc, called a slammer, to throw against the stack of pogs. Any pogs that landed faceup went to the player who threw the slammer.

The word "pog" came from a brand of juice consisting of passionfruit, orange, and guava. The POG bottlecaps were used in the game before the fad caught on in the early 1990s and players started buying the cardboard variety.

Pogs didn't last past the third grade for me. They were so big for a time, though, that our teachers banned them in the classroom. Some schools considered the game a form of elementary-school gambling. I still have my collection, though, stored in a round Aladdin clutch purse, tucked away with other relics of my heyday youth.

If there's one definitive fad of the nineties, it would have to be Beanie Babies. These soft felt, pellet-filled stuffed animals launched a mania. And at $5 a pop, how could parents deny their children these beanies certain to become rare collectibles one day? I remember buying a collectors' guide to Beanie Babies that listed the most valuable and scarce animals, such as the dark blue elephant Peanut and Princess, the bear commemorating the late Princess Diana.

Part of the appeal was the beanies' individuality. Each Beanie Baby came with a name, birthday, and short poem on its heart-shaped tag. Ty limited the availability of popular animals to drive up their demand and "retired" beanies to make them collectors items. Fans even gobbled up the Happy Meals Teenie Beanies, the miniature beanies. Friends of mine complained about all the adults buying dozens of Happy Meals just for the toys, most likely wasting the food. "They should leave them for the kids," they said.

By 1999, the craze had started to die down. Ty continues to make Beanie Babies, but you won't see people shelling out more than five bucks for them today. 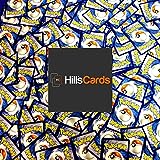 Pokemon TCG: Random Cards from Every Series, 100 Cards in Each Lot
Buy Now

When I was a kid, one of the funniest jokes going around went like this: Why don't you want a Pokémon around while you're taking a shower?

It's hilarious to a kid, okay?

Pokémon cards, a game that lets players battle one another using different creatures with various strengths and weaknesses, appeared in America in 1998. The game involves so many rules and card types that I never really learned how to play even as a child. Believe it or not, people play it competitively. During its popularity, however, kids were mostly into Pokémon for the collecting and trading.

As with any trading card, the challenge of collecting came from not knowing what cards came in a pack. It only added to the thrill, though. Kids tore into the packs hoping for that rare Zapdos, an Electric Pokémon. Parents grudgingly bought their kids Pokemon cards, bemoaning the high cost for a dozen or so cards. However, the fad had a catchy theme that rang true with children everywhere: Gotta catch 'em all!

Okay, this fad was plain scary. Furby, the talking robot doll that looked like beaky Ewok or Gremlin, became the must-have toy of the late nineties, with over 40 million sold in the first three years.

I never bought a Furby. They made me think of psychotic killer dolls like Chucky. Even scarier than its looks is the Furby's talking. Each Furby starts out speaking "Furbish," a made-up gibberish. The more it's played with though, the more English it "learns."

I'm sorry, but talking toys are creepy. I heard stories of Furbies persistently speaking even when switched off. Who wants a robotic toy that stares at you owlishly and won't shut up? Apparently, millions of people did!

Just as a general rule, any toy that talks, chirps, or beeps will delight children and drive their parents crazy. (See my section on Furby.) My mom recently confessed to taking the batteries out of our Tamagotchis while we slept to silence their incessant beeping.

Tamagotchis came from Japan in 1996. Since then there have been over 40 varieties.

This fad seemed like an ingenious idea. Little kiddies, clamoring for a pet to take care of, could have this small electronic gadget and be responsible for its food, exercise, and loving. They could consider it a pet-owning test run--if the pixellated creature lasted for more than a few hours, based on the amount of attention it received, then maybe the kid could handle a dog or cat. Maybe. See also the section on pet rocks for another option.

In my current adventures in retail, I am witness to the surging popularity of Silly Bandz, colorful rubber bands, shaped as animals, people, and various objects, that kids wear as bracelets. The bands retain their special shape even after being stretched and worn around the wrist.

Every day, kids come into my store looking for Silly Bandz. Even more often, it's parents and grandparents rushing in with a panicked gleam in their eyes. They hope that after searching at five other stores, they will find the bands at this one.

What makes Silly Bandz stay in their special shapes? They're actually made of silicone and die-cast into special molds. Amazingly, something so simple as glorified rubber bands has become the latest must-have item. Kids wear them, play with them, and trade them with their friends. Schools have banned them for being a distraction (good luck!). Parents beware: the bands are known to snap easily. Best to have back-ups ready just in case, or else another trip to the drugstore will be necessary! 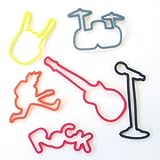 Which fad do you remember following with great zeal?