The GameCube was the successor to the uber-popular Nintendo 64 console and hit the UK high-streets in 2002.

The console was part of the wave of hardware that made up the 6th generation of console gaming and was a direct competitor the Microsoft X-Box console and the Sony Playstation II.

At the beginning of it's life it was also regarded as a competitor to the less successful SEGA Dreamcast (a console that I actually really like) which had already ceased production in the USA prior to the launch of Nintendo's cuboid curiosity.

Despite being a PC enthusiast I ended up picking up a GameCube from the now defunct HMV and got plenty of good gaming from it.

It' time to take a look back at a console that never quite hit the heights that Nintendo are used to... 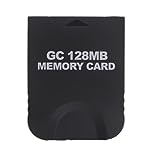 Around the time of release, the GameCube was associated with the catchy slogans such as 'Born to Play' and 'Life's a Game'.

A rotating cube animation was also displayed at the end of video game adverts, which would morph into the GameCube logo as a voice whispered to the viewer, 'GameCube'.

Nintendo also erected large plastic transparent cubes in various town centres up and down the UK and placed a number of people inside the cubes.

These people would sit inside for hours at a time smiling at people who went about their daily business.

I myself remember seeing one of these on Argyle Street in Glasgow one afternoon, it is fair to say that many passers by stopped to observe what it was all about!

UK TV advert for Luigi's Mansion on the GameCub

Nintendo wanted to ensure that programming the GameCube was as easy as possible for the developers.

This was due to the fact that they had received poor feedback from the development community regarding their previous console, the Nintendo 64.

With this in mind the GameCube was created with a view to being an affordable, well-balanced and developer friendly console that could still perform well against rival machines.

The development hardware kit was named the 'GameCube NR Reader'.

These units were extremely useful and allowed developers to debug beta versions of games prior to testing the software on an actual unit.

The GameCube Disc was used as a software storage medium for the console, and was designed to prevent unauthorized copying by would be pirates.

It should be noted that this was the first time that Nintendo had used a non-cartridge storage method for consoles released outside of Japan.

There were a handful of games which contained a large amount of voice acting or video playback which were released on two discs. There were never any games released over three discs or more though.

Another lesser known feature about the GameCube (and I never knew this when I bought mine) is that they also supported the display of sterioscopic 3D.

In fact, so little was this known and pushed that the only game to make use of 3D was Luigi's Mansion, and the feature was never even enabled outside of a development environment!

I suppose the lack of people using 3D televisions back then (and even now) would prohibit the use of this; It would not have been cost effective to put all of that development effort in to a title, only for hardly any consumers to make use of it.

Despite never being as popular as the X-Box or PlayStation 2 and also having a reputation is a 'console for kiddies' there were plenty of worthy titles developed for the unit.

Here is a pick of some of my GameCube favourites:

All of these game will feature as stand-alone hubs shortly but for now, here is a brief overview of all three.

Resident Evil on the Gamecube was a remake of the 1996 original game that dazzled the Playstation world.

It featured many elements of the first game and combined them with a lot of new features and enhanced graphics and animation.

For me, this is the best Resident Evil game I have ever played and for pure atmosphere, scares and horror, this is the version that gives it all to the player.

After a truly impressive and scary opening sequence the game takes over in a seamless transition and you can play as either Chris or Jill.

The graphics were especially impressive in 2002 and still look good even today.

We all know that graphics maketh not a game but these visuals really did help to create the oppressive atmosphere as you explored the suitably gothic mansion.

Rogue Squadron 2 on the GameCube

Rogue Leader on the Gamecube really was a truly impressive launch title.

With it's stunning visuals and references to the original movies this game really did create a proper 'Star Wars' atmosphere.

Ok, so the game-play was quite linear and was very 'console' oriented in it's mission based story-line (for instance you cannot fly over the Death Star and explore it), but as far as arcade action 3D shooters go this game is a master of the genre.

The usual un-lockable features were present along with familiar locations from various movies such as the aforementioned Death Star, the ice-planet of Hoth and more.

I got many hours of enjoyment from the game and I almost thought I was Han Solo from time to time.

Viewtiful Joe on the Nintendo GameCube

Ahh now Viewtiful Joe was a game with a bit of a difference.

The story-line was reminiscent of something from the 8-bit days (which I liked) and the game-play was something of a traditional 2D side scrolling platform game.

The game really stood out due to it's cell shaded 3D environments and player power-ups.

Once you started gaining the 'VFX' powers the game opened up in new ways and the level of fun you could have was a little different from any other game in the genre.

Viewtiful Joe really did breathe new life into the platform arcade game and the 'bullet time' sequences were better than anything in any Matrix game at the time.

Once again, those gaming stalwarts Capcom had come up with the goods.

Final thoughts on the console

The GameCube is a console that I have many fond memories of.

I have never been a huge 'fan' of Nintendo (I have nothing against them either) and actually prefer PC gaming to console gaming.

My first tastes of home gaming where on the Sinclair ZX Spectrum and later the 16-Bit Commodore Amiga 500+, before I upgraded to a home PC in the mid 1990's.

The GameCube had charm and some truly innovative and fantastic titles were available for it. For me, the three game I have featured in this article still hold up more than a decade on.

The likes of the Playstation II and X-Box were undoubtedly more popular machines, probably down to the fact that they were also DVD and CD players with easy internet access. This did make them more of an all round home entertainment system.

Still, the GameCube was a great console for the home gamer and is worthy of any collection. The fact that almost all of the games released for it are compatible with the Nintendo Wii is another added bonus.

Both GameCube unit's and games are readily available for great prices; If you have never used this console I urge you to check it out.

Which 6th Generation Console Did You Prefer?

Which of the following consoles did you enjoy the most?

Some of my other retro stuff and classic consoles