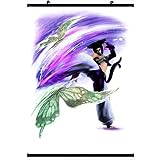 Ever since the first “Street Fighter” title came out, which was in the late 1980s, there has not been any Korean characters let alone Tae Kwon Do users. That is not counting the crossovers with SNK-Playmore such as: “Capcom vs. SNK: Millennium Fighting 2000,” “Capcom vs. SNK 2: Mark of the Millennium 2001,” or “SVC: SNK vs. Capcom Chaos.” While those games had a Korean TKD user, Kim Kaphwan is from the SNK side as he originally appeared in “Fatal Fury 2” and would appear in future SNK fighting games.

Come 2010, there is the release of one the updates to “Street Fighter IV” called “Super Street Fighter IV” which is over 20 years since the first Street Fighter title. It brought back the following characters from previous games: Guy, Cody Travers, Adon, T. Hawk, Dudley, Makoto, Ibuki, and DeeJay. It introduced newcomers Juri Han and Hakan. However, the main focus is on Juri as she plays a very important part in the story behind Super Street Fighter IV and becomes a major antagonist. Juri was met with much positive reception that Capcom has used her in recent crossover games.

Notably, Tae Kwon Do users (somewhat with the exception Hwoarang) were usually portrayed as heroes fighting for justice as part of the TKD code and tenets. Capcom decided to make Juri the complete opposite; thus, she's been made the first evil TKD user. However, Capcom didn't decide to make Juri evil right off the bat.

In preparation for the release of Super Street Fighter IV, special trailers were released to promote Juri Han. With her story, personality, appearance, and theme song, many people got excited about SSFIV just to play as Juri. Also, Juri is an example that Capcom's willing to listen and cater to requests of fans and players. Many Korean fans, feeling the need for a Korean character to the series, gave their request to Capcom. Capcom granted the request.

Thus, she's the first true evil TKD character. But, she's a tragic villain out for revenge but ended up enjoying what she does. Also, it's believed that Juri is perhaps the first true lesbian or bisexual female in the Street Fighter universe. Due to how she acts, with personal quotes, it's unsure which way Juri swings.

On top of that, Juri served as being the polar opposite of those characters on many different levels. Plus, it seemed to revive the friendly rivalry that Capcom and SNK-Playmore have with each other. Anybody that understands fighting games may understand the rivalry between the two companies.

Technically, Capcom introduced a Korean character named Shin whose father was a Karate champion and whose maternal grandfather was a Tae Kwon Do champion. There was the belief that Shin used a combination of Karate and Tae Kwon Do. He appeared in the free-to-play “Street Fighter Online: Mouse Generation” which was a crossover game with Street Fighter, “Rival Schools,” and licensed characters from various anime, novels, and manga. The game, published by Daletto, was available for the PC back in 2008. However, the game is no longer functional. In this respect, Shin could be considered the first Korean character let alone TKD user in the Street Fighter universe. But, the game wasn't around long and existed only in Japan; plus, the game wasn't part of the story canon.

Before Shin came, there was Lucia Morgan from "Final Fight 3" which came out for the SNES back in 1995. While Lucia's fighting style was not revealed, it is believed she was a TKD user due to her kicking combination attacks.

Juri made her first-ever appearance in Super Street Fighter IV which got released in 2010. It was established that Juri was a high-level soldier serving as part of the Shadaloo Intimidation Network (S.I.N) answering only to Seth. It seemed that Juri may have been the 2nd-in-command who wanted to exact her revenge on M. Bison while taking out Seth so she could take over S.I.N. To get the gist of Juri's story, one can view her prologue and watch the special Super Street Fighter IV OVA which focused mainly on Juri.

In the OVA, Chun-Li (who's hospitalized from the beating delivered by Juri) tells Cammy and Guile about Juri. Juri is revealed to be one of the youngest TKD prodigies in the world. Her father was a lawyer who went after organized crime organizations with Shadaloo being the next target. However, that never came to be as his car exploded all thanks to a car bomb. Juri survived while her parents were killed in the blast; but, she didn't survive unscathed.

She's had a heated rivalry with Chun-Li and Cammy while having nothing but contempt for Shadaloo's leader M. Bison. In regards to Seth, he was merely an obstacle in Juri's plans for revenge

Then, there was “Street Fighter X Tekken” which hit North America spring of 2012. Not only did Juri get added to the cast, she got added as a final mid-boss. To make things ironic, Juri ends up being paired up with M. Bison who is the person she hates the most. Both of them have their own reasons for getting to Pandora.

She and Bison become a main rival to Jin Kazama and Ling Xiaoyu; in the PS Vita version, they serve as main rivals to Lars Alexanderson and Alisa Bosconovitch. That was a sign that Capcom intends to give Juri the necessary push as a notable Capcom villain.

It was further confirmed with Namco release its third crossover RPG title “Project X Zone” (a crossover between Namco, Capcom, and Sega). She appeared at the beginning as one of the rival enemy units in the game while working closely with Alisa Bosconovitch from “Tekken” and Dural from “Virtua Fighter.” She ended up “joining” the heroes out of self-interest and self-preservation; that was due to Seth wanting to take her Feng Shui Engine and give it to the Nemesis from “Resident Evil 3: Nemesis.”

While Juri's been around for roughly 3 years, Capcom gave her a major push. So far, her brief history has been pretty eventful. It seems likely that Juri's going to make appearance in future fighting games let alone crossover games.

What's not to like about Juri? She looks the part of being the polar opposite from the typical TKD fighters you see in other fighting games. This was a good move on Capcom's part to make Juri original. The originality of Juri definitely paid off for Capcom. She's memorable by looking incredibly sexy by the way she dresses and she's memorable by the Feng Shui Engine that acts as her artificial left eye. If she dressed up like a typical TKD user, it would have probably made Juri look rather bland and boring. When you want to have a character come off as a villain and a vixen, you need to go the whole way. Capcom did just that and Juri became a memorable and popular villain. Since then, she's been a choice for many female cosplayers at various video game and anime conventions.

Juri Han is perhaps one of the freshest characters created for the Street Fighter franchise; upon first appearance, she is by no means a one-hit wonder. She's definitely made her mark as being one of the most memorable fighting game let alone Street Fighter villains ever created. You have Balrog who is concerned about fame and fortune, Vega who is vain and egotistical, Sagat who wants a rematch with Ryu, and M. Bison who's bent on taking over the world. Juri's an uncontrollable beast that lets you pretend that you're in charge. She's got beauty, brain, and brawn all combined in one attractive and seductive looking package.

Her background story is perhaps very interesting; that makes Juri even more appealing. Capcom took the effort to show that Juri is both substance and style. Like Ryu, Juri is looking for a good fight; however, she approaches it in a cruel and malicious way. She definitely makes Sagat look even more noble in that regard. Also, she serves as an excellent rival to Chun-Li and Cammy due to their respective connections to M. Bison and Shadaloo.

With the relationship with Chun-Li, it seemed that they were meant to be rivals. Chun-Li's out to arrest Juri for her crimes and Juri finds her to be a suitable opponent. Chun-Li and Juri represent two faces of a revenge-driven beast. Both of them lost family members to Shadaloo; Chun-Li decided to be a cop and Juri decided to be a criminal. Not to mention, it was fated that Juri and Cammy were suited to be rivals as well due to Juri being part of S.I.N and Cammy formerly being one of M. Bison's dolls. She represents being the evil rival while Crimson Viper represents being the good rival. Perhaps Capcom might make an in-story rivalry between Juri and C. Viper.

A character such as Juri was way overdo; but, it's better late than never. One could say that nobody really saw Juri coming. She served as an evil rival to Chun-Li and Cammy, she served as a polar opposite to the typical TKD user, and she served as a polar opposite to Ryu. Capcom really did well with Juri as the stereotype of the typical Korean TKD user has been shattered. She definitely shows that you can be a practitioner of TKD and be evil at the same time. Juri definitely made an impressive first impression in the world of Street Fighter.

Juri's going to be around for a long time. If and when Capcom decides to collaborate with more crossover fight titles, it's highly likely Juri will be representing the Capcom let alone Street Fighter side of the roster.

Defeating Adon: “You call yourself a king? The king of losers, maybe.”

Defeating Akuma: “Ha ha ha! You sure know how to show a girl a good time! That was a blast!”

Defeating Cody: “I'll give you something to brood about, you emo loser.”

Defeating Dan: “Is this supposed to be some kind of joke? 'Cuz I'm not laughing.”

Defeating Dudley: “Where's the fun in fighting a gentleman who follows the rules?”

Defeating Guy: “How boring! You give ninjas a bad name!”

Defeating Alisa: “I'm going to kick that head of yours like a football! Aha ha ha ha ha!”

Defeating Dudley: “If I haven't offended your gentleman sensibilities, then I must be doing something wrong!”

Defeating Elena: “I couldn't care less about your dancing, but I just can't wait to hear you scream...”

Defeating Lei: “It's hard-working guys like you who end up suffering the most. That's why I love beating you into the ground!”

Defeating Bryan: “Crazy guys are kind fun every now and then. You understand ow fun trying to kill one another is!”

Defeating Cole: “I didn't feel anything! Not even a tingle! You holding back or something, sparky?”

Defeating Hwoarang: “Talentless hack... You call those kicks? I was expecting much better.”

Defeating Lili: “I hate spoiled little brats. Obviously, no one's given you your spanking yet.”