With many children diagnosed with wheat and cereal allergies, finding gluten free alternatives for different ways that wheat can turn up in life is important. Play dough is a staple toy for children, and many of them also try eating a little. With this gluten free recipe, there is no danger of a child eating something they should not.

Buckwheat flour has many of the same characteristics as regular flour, although it is not a cereal, so no extra modifications need to be made to traditional cooked play dough recipes. It does have a surprise, though. To the eye, buckwheat flour is faintly golden- very faintly. The uncolored play dough is a deep gold when you finish making it, which also means that adding color to the play dough is going to result in different hues than the same amount of color added to play dough made with white wheat flour

The Recipe Can be Multiplied for Larger Amounts of Play Dough

This recipe is for a fairly small amount of play dough, but if you need more than this, just double or quadruple everything. Beyond that amount, I would make more than one batch, because there is a serious amount of stirring involved with making play dough. If you do need a lot of play dough in different colors, you might want to make a number of double batches, and add the color to the liquid while you are making each play dough batch. 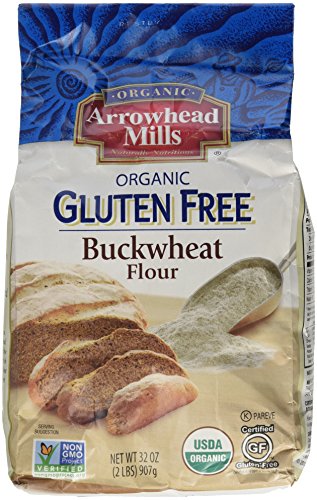 Add water and salt to your pan, and heat it to boiling. Let it simmer to dissolve the salt, as that will make the play dough less grainy. If it seems like you are losing some of your liquid to steam, add a little more to the pot- your quantities do not need to be very exact. When most of the salt is dissolved (you will probably not dissolve all the salt), add the oil. If you do not have a tablespoon handy, a large soup spoon will do.

Put the cup of buckwheat flour in a bowl, and add the alum and / or cream of tartar. Stir them together. Do this while the salt water is simmering.

While play dough can be made without either alum or cream of tartar, they add some special attributes to the play dough. Alum acts as a preservative, so the play dough will not get moldy before the colors have turned a muddy grey and you want to throw it away. Cream of tartar makes the play dough smoother to the touch. Neither, however, are essential, and both are expensive in the spice section at the grocery store, so if you don’t want to use them, don’t worry about it. Without alum, try to keep the play dough refrigerated in an airtight bag when no one is playing with it.

Once the salt has mostly dissolved, turn the heat off. Add the flour mixture, while stirring. You may want to stir in about half and then add the other half, but do not spend a long time stirring the first half in, as it will start changing consistency quickly.

Keep stirring. This will get harder as you mix in the last of the flour. The mixture will become somewhat rubbery and very very thick. Stir more. You want to work in every bit of the flour.

When the flour has all been stirred in, put the ball of play dough in a bowl to cool down before coloring it. Obviously, you have a lovely yellow .:) The coloring you mix in will combine with the yellow, so it may need a lot of the food coloring to get a deep version of the color you were mixing.

Section the play dough. If you have made 1 single batch, you probably should divide it into no more than three section, or you will have a very small amount of the color. I leave a third of the batch yellow. Take a section and push your thumb into it, to make a well. If that feels too hot to smush between your fingers, let it cool a little longer. When it is comfortable to touch, put drops or squeeze gel coloring into the well you made. Because the dough is so yellow, you will probably get a shade of orange when you use red color; even a LOT of red color will give you a very deep bright orange. With blue, you will get shades of green unless you use a lot of coloring agent. If you do use enough, you will get rather nice turquoise play dough.

I made a bird, a snow man, a snake and a cookie cut out of a gingerbread boy. The buckwheat flour makes very rubbery dough, which is pretty flexible. I had no trouble rolling out a tube for a snake and making curves for the snake. The smooth surface I rolled the tube on made the outside of the snake quite smooth.

I pinched out a bird, and was not able to put in a lot of detail. It also had a grainier surface, and looked a little rough when I finished. I was using the uncolored buckwheat play dough, and perhaps if it had the extra kneading the colors got to mix in color, it would have been a little smoother to work with. I did not have any problems with the beak or tail cracking off, and even though the dough is rubbery, it does not try to stay in a blob-like shape.

I rolled three balls for the snowman in the palms of my hand, not on a smooth surface. The balls formed, but the folding of the clay to make a sphere left lines on the surface. However, when I went to stick them together, surprisingly, they did not want to stick to each other. I had to press fairly hard to attach the pieces of the snowman, and at first, a bump made his head fall off. This means the play dough will be hard to use to make multicolored pieces or segments meant to be joined.

I had no trouble making a flat piece of dough by pushing with my palms on a smooth surface. No rolling pin was needed to flatten the dough. It cut the gingerbread man out cleanly, and I had no trouble removing it from the cookie cutter or it breaking apart as I moved it.

Clearly, the buckwheat play dough has somewhat different characteristics than traditional play dough, but it does make successful and sturdy clay for children who need gluten free play dough. It is no harder to make than traditional play dough, and all the ingredients are easy to find. Store it in an airtight container when it is not being used, because the surface will start drying fairly quickly if left out with no one playing with it. You may want to keep it refrigerated, especially if you have made a batch that did not use alum.

I hope you enjoy this new recipe for gluten free play dough. Leave a comment with your experiences with the dough or any ideas it gives you.