Instructions for Playing the Telephone Game

How many times have you tried to communicate something, only to realize that you were not heard?

The telephone game is a very entertaining and enjoying social game usually played within a group of people. The game consists of a set of words or message that is passed along a line of people. Each person is required to whisper the message to the next person in line exactly as he or she has heard it.

The original message at the start of the game is usually not the same message that is communicated at the end of the game. It usually ends up being a very funny message that sparks the laughter among the group due that the message has gone through various retellings that have changed the meaning and form of the original idea. 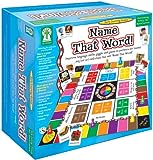 How is the Telephone Line Game Played?

The game can be played by people of all ages, although it´s best suited for children as a party game. The game can include a great number of people, but it is best not include more than 20 people and not less than 5 people, as the amusement may come to a halt if more or less players are included.

The object of the game is to pass along a whispered message to another person and with this in mind; someone is assigned the task of giving the message to the first person in the game. The message usually includes something as; ¨Mario´s mother gave him permission to spend time with his friends.¨

How Many People Can Play the Telephone Line Game?

In the row, there can be from 5 to 20 players, as the game may result more dynamic and less boring than if there are only 3 people or more than 20. Depending on how many people are playing the game, they should line up as close to each other so that the immediate neighbor can hear what he or she has been whispered to the ear, but not the other players.

What communication skills are most valuable based on your opinion?

How Does the Message Change in the Telephone Game?

The original message suffers a series of transformations as it is passed along the line of people. This usually occurs because the message can only be said once. Several factors may come into play for the changing of the message; for example, players may be anxious, impatient, not listening to what they´re being told or someone may deliberately alter the message.

When the messaged has been passed along the row of players and to the last player in line, the original and final messages are compared. The original message is completely changed from its original meaning; for example, in the phrase, ¨Mario´s mother gave him permission to spend time with his friends, ¨ may have totally changed to, ¨Marianne´s brother has the mission of talking to his friends.¨

Sometimes, the original message changes totally, so that it becomes unrecognizable. This game is usually played among second language learners as it stimulates good pronunciation.

Other Names for the Telephone Game

Other names for the telephone game include the broken telephone, whisper down the alley, the secret message, operator, grapevine and pass the message. It is also known as Chinese whispers in allusion to the difficulty that most cultures have to understand the Chinese language.