Furreal friends are an ever growing collection of toys made by Hasbro. They have a good reputation for producing high quality toys that children the world over love to play with. Furreal Friends are designed to be interactive toys that the child can play with and the toys will respond. So let’s have a closer look at a specific toy produced by Hasbro, the Furry Frenzies.

Hasbro brought out Furry Frenzies back in 2010. One of the main ideas behind this move was to give parents a smaller more affordable Furreal Friend. Some of the latest Furreal friends are very expensive, while they are very good toys, sometimes parents don’t want to be splashing out hundreds of dollars on what is essentially a cuddly toy. With the latest line of Furry Frenzies, these cute little toys would be ideal for parents who wanted to give their children a lovely little toy but don’t want to break the bank.

There are several toys that have been produced under the name Furry Frenzies. As with other Hasbro toys these are more than just cuddly toys or teddy bears, they are interactive, make sound and move. Although these toys are far more basic than some of the others produced by Hasbro they are still very cute and loveable and have once again proven a big hit with young children. So now you know what Furry Frenzies are, let’s meet some of them. 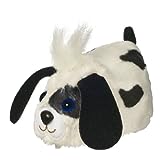 First up then we have this loveable scamp. Buster Bow Wow is seen to be the fun loving animal of the group. Fast moving and ever playful Buster Bow Wow is one of the more popular Furry Frenzies and always delights little boys. As well as running around at a heart stopping rate, Buster Bow Wow also makes delightful little sounds to show you how happy he is.

Even though this toy does move around and obviously have electronic parts it is still very cuddly and soft for children. Buster measures in at 3.9 x 5.4 x 5.1 inches and is pretty light as well. Aimed at children four years and upwards, this is one toy that will put a smile on many children’s faces. Buster Bow Wow requires 2 AAA batteries but these are included in the price. There are lots of places you can buy this Furreal friends toy from but chances are you are likely to find anywhere cheaper than over on Amazon. 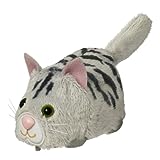 This one is more popular with the girls. Senorita Scamps is a lovely example of what the people over at Hasbro can do. This toy is cute and cuddly whilst being great fun at the same time. Again this ones moves at quite a brisk pace and once again will make cute little sounds as she runs around in front of your child. Certainly the cutest of the dogs in the range, this is one that is always a popular choice.

Senorita Scamps measures 3.9 x 5.4 x 5.1 inches and again is very light. As with the other Furry Frenzies she takes 2 AAA batteries which are of course included in the price of the toy. 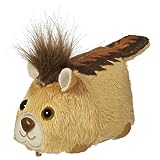 Moving away from the dog theme, Zippy Zip McNutty is a cute little squirrel. As you can see he is adorable and he is just as cute and cuddly as he looks. Zippy Zip McNutty has a cheeky personality and is always getting himself into trouble. But despite that he is still a very lovable character and will surely find a place in your child’s heart.

Zippy Zip McNutty weighs just 6.6 ounces and is pretty much the same size as the previous two toys we look at. Again he takes 2 AAA batteries and they come with the toy when you buy it. As with the others Zippy dashes around the floor while making adorable squirrel like sounds.

Buy Flurry In A Hurry Online 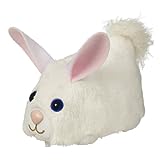 Flurry In A Hurry

Now as you can see, Flurry In A Hurry is the sweet one of the group. A lovely white rabbit Flurry In A Hurry really is sweet and lovable as they come. She may seem quiet and shy but get her playing and you will see her true colors. She is great fun and always up for an adventure. Flurry is really aimed at little girls but she is one that appeals to everyone as she is so loveable.

As with all the Furreal Friends Furry Frenzies toys this one is aimed at children age four and upwards. There are some small parts here that could be seen as dangerous to very young children. As with all the others the batteries are included with Flurry and she comes in her own cute little box.

Up next we have the famous Dash McFlash the Hedgehog. If you have ever seen a hedgehog you may be surprised at how fast they can actually move and Dash McFlash in no exception to the rule. He likes to think he is the fastest of the Furry Frenzies but really he is kidding himself. However, give him the chance and he will always be up for a race.

Dash McFlash is possibly the most popular of the characters and has always been a big seller for Hasbro. Popular with both boys and girls, Dash is very cute and loveable whilst still be great fun and as with all the other toys he has a nice range of noises he makes as he scurries around the floor. 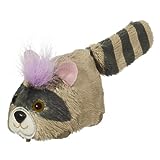 Last but by no means least is Captain Crash. He is my personal favourite and another very popular one. This little scamp has a delightful purple quiff sticking up at the front of his head. He is the adventurer of the group and always up for something new. This for me is the cutest of the group and as you would expect he is super cuddly and loveable.

As with all the toys we have looked at, Captain Crash comes in his own little box, takes 2 AAA batteries and is not suitable for children under the age of four. Again the best place to buy any Furry Frenzies online does seem to be Amazon as you can often get good bargains there as there are plenty of different sellers offering the toys.

There are a few other Furry Frenzies that you can get hold of, names such as Rascal Rally, Bumper McBones and Tizzy Tumbles spring to mind. In recent times Hasbro have brought out a range of accessories for the toys. Things like the City Centre Play Set and also the Whirl Around Playground have been very popular with children. The idea of these toys is that they provide a nice little area where you can play with all your Furry Frenzies toys together.

These really are lovely little toys. The prices are also very reasonable compared to some other Furreal Friends toys. These obviously don’t quite have the same range of abilities as some of the more expensive toys but they are still very cute and do have a nice mix of things they can do to keep children entertained. So if you are looking for a good value toy for young children then you can’t go far wrong with the Furry Frenzies.