The answers are at the end of the hub, so test your friends and above all, have some fun!

What are these buildings called and in which city are they located?

Christmas Lyrics Quiz – can you name the song from which the lyrics have been taken?

1. “Everybody knows a turkey and some mistletoe help to make the season bright.”

2. “I don’t want a lot for Christmas, there is just one thing I need.”

3. “I could have been someone, well so could anyone.”

5. “To save us all from Satan’s power, when we were gone astray.”

6. “Next year I could be just as good, if you check off my Christmas list.”

7. “Welcome to my Christmas song, I’d like to thank you for the year.”

8. “When you’re skating in the park, if the snow cloud makes it dark.”

9. “Feigning joy and surprise at the gifts we despise, over mulled wine with you.”

10. “What will your Daddy do when he sees your Mama kissin’ Santa Claus?” 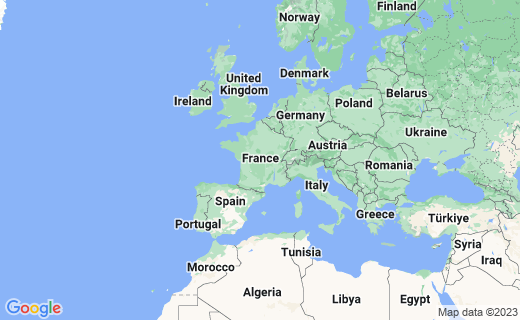 1. In which country would you find Mount Sinai?

2. Which was the first English ‘New Town’ to be created following the New Towns Act of 1946?

3. Within which country does Lake Athabasca lie?

4. Of which country is Lusaka the capital?

5. Which European country had three kings named Leopold who reigned for the majority of the years between 1831 and 1951?

6. Morgantown, Martinsburg, Parkersburg and Fairmont are towns in which US state?

7. Which country has the internet domain extension .hu?

8. What is the national currency of Israel?

9. Name all eight countries and principalities that share a border with France.

10. The Denmark Strait lies between which two countries? (Clue: Neither is Denmark)

2. Which male tennis player successfully defended his singles title at the 2016 Australian Open?

3. A which stadium was the 2016 UEFA Champions League final played?

4. How many players are there on an ice hockey team?

5. The rules of which sport are sometimes referred to as the ‘Knickerbocker Rules’ or the ‘Cartwright Rules’?

6. How did twenty-one-year-old Charlotte Brew achieve a sporting first on 2nd April 1977?

7. Which Senegalese footballer transferred to Liverpool from Southampton in June 2016 for a fee of £34 million, making him the most expensive African player to date?

9. Which sportswear company was founded by Adolf Dassler in 1924?

10. In which month of the year is the BBC Sports Personality of the Year ceremony?

Title of Albums These Songs Came From?

6. ‘Dreamlover’, ‘I’ve Been Thinking About You’ and ‘Never Forget You.’

10. ‘Where the Streets Have No Name’, ‘With or Without You’ and ‘I Still Haven’t Found What I’m Looking For.’

Round 6 - Science and Nature

1. Of what is the Fujita scale a measurement?

2. The atomic number of a chemical element is defined by the number of what within its nucleus?

3. Which planet is known for its Great Red Spot?

4. In which year was Pluto reclassified as a ‘Dwarf Planet’

5. Of which part of the body is rhinology the study?

6. Which word is the correct term for a female rabbit?

7. Which synthetically produced radioactive chemical element with the atomic number 94 was first discovered in 1940?

8. What is the collective name for a group of alligators?

9. Which breed of bird is the fastest member of the animal kingdom, with a diving speed measured of up to 242 mph?

10. What was the name of the spacecraft which was launched into the Earth’s orbit on 3rd November 1957 carrying the first living animal, Laika the dog?

1. What famous road celebrated its 100th anniversary this year?
2. What sporting event had its final in Paris last summer?
3. What spread across South America this year?
4. What took place on June 23rd this year?
5. Why did Brussels become the focus of the world in March this year?
6. What was the name of the hurricane that wreaked havoc in Florida last October?
7. What caused 247 people to die in Central Italy earlier this year?
8. What cricket event took place in March to April in India this year?
9. Which country conducted its first hydrogen bomb test in January of this year?
10. What did Rio de Janeiro host in August of this year?

Which actor played these characters?

2. Nick Dunne in ‘Gone Girl’, Tony Mendez in ‘Argo’ and Chuckie Sullivan in ‘Good Will Hunting.’

3. Letha in ‘Return from Witch Mountain’, Baby Jane Hudson in ‘What Ever Happened to Baby Jane?’ and Margo Channing in ‘All About Eve.’

4. Margaret Tate in ‘The Proposal’, Ashburn in ‘The Heat’ and Annie in ‘Speed.’

5. John Bennett in ‘Ted’, Micky Ward in ‘The Fighter’ and Mickey in ‘The Basketball Diaries.’

6. Harry Zimm in ‘Get Shorty, Buck Barrow in ‘Bonnie and Clyde’ and Lex Luthor in ‘Superman.’

9. Vice President Kathryn Bennett in ‘Air Force One’, Cruella de Vil in ‘101 Dalmatians’ and Nova Prime in ‘Guardians of the Galaxy.’

10. Cedric Diggory in ‘Harry Potter and the Goblet of Fire’, Edward Cullen in ‘Twilight’ and Jacob in ‘Water for Elephants.’

Do you enjoy pub quizzes?

Answers to Picture Quiz - Round 1

All I Want for Christmas is You – Mariah Carey

I Wish it Could Be Christmas Every Day – Wizzard

She became the first woman to ride in the Grand National

Hitting a single, double and treble of the same number (It is also a dart game with similar rules – a game of 20 rounds, where you aim for 1 number each round and can score high by hitting a single, treble and double)

The Doors – The Doors

Please Please Me – The Beatles

Bringing it All Back Home – Bob Dylan

The Joshua Tree – U2