Ohio, the Buckeye State, has many Barbie Dolls of which you probably never heard.

These are some humorous examples of rare Barbie Dolls that were all emailed to me a few years ago by a friend. They come complete with short captions to which I added some of my own historical knowledge. You may recognize some of these characters in your own neighborhood and you have some other related ideas of your own.

Have you seen any of these Barbies?

They begin with the wealthy suburbs of Columbus, Ohio and work their way into the innermost urban areas of Central Ohio.

No offense is meant to any group of people by these Fantasy Barbies, but they do sound a lot like some of the residents in each place. Dublin is a rich suburb in Northwest Franklin County and just over 100 years ago, it was the Wild West, complete with saloons, horses, shoot outs, and mud streets

This Dublin Barbie is sold only on the Square in Dublin or Powell, Ohio. This Barbie comes with an assortment of Kate Spade Handbags, a Lexus SUV, a long-haired foreign dog, and a large cookie-cutter house. Available with or without tummy tuck, face lift, and DaVinci Veneers.

Workaholic Ken sold only in conjunction with the augmented version. 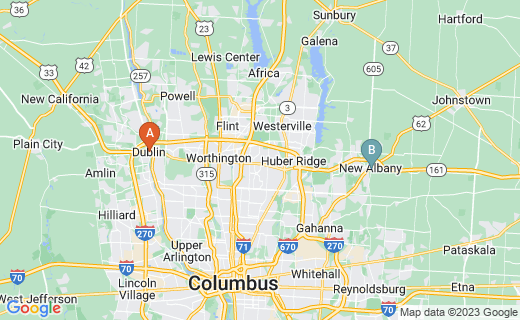 New Albany was all farm land in the corner of Northeastern Franklin County in the 1960s and most of the 1970s. Today it is a sprawling city and suburb of Columbus. Mansions, condominiums, and large shopping centers are the rule. You can tell you're in New Albany when you see the miles of white fences along every road and highway.

This doll is a Yuppie Barbie with a BMW convertible or a Hummer H2 and that that includes the teenagers at New Albany High School. Included with this doll are her own Starbucks cup, a credit card, and a country club membership.

After school, she and her Ken counterparts like to travel to the Starbucks beside the branch library and steal all the milk, cream and chocolate sprinkles to make their own chocolate milk.

Also available are Shallow Ken and Private School Skipper. They are out of your price range.

This is the far eastern suburb of Columbus, located off Route 40, the National Road. it is just a short trip from here to Gahanna, Heath, and Newark, Ohio. If you are in the area in mid-August, visit the Reynoldsburg Tomato Festival.

This pale Barbie is dressed in her own Wrangler jeans two sizes too small, a NASCAR t-shirt and a Tweety Bird tattoo. Barbie carries a six-pack of Bud Light and a Hank Williams Jr. CD set. She can spit over 5 feet and kick mullet-haired Ken's butt when she is drunk. Purchase her pickup truck separately and get a Confederate Flag bumper sticker absolutely free.

This must be the part of Reynoldsburg closest to Columbus, headed Downtown. Farther east are some very large mansions and parks, shopping and dining places as well as quaint shops.

My apologies to the Confederacy. 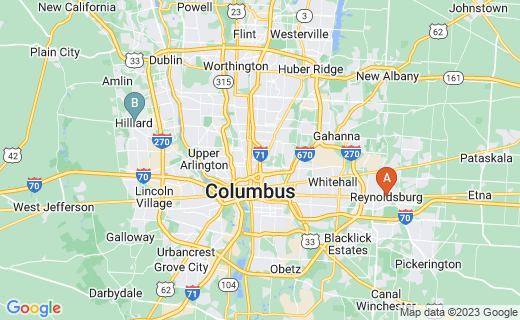 Home of the Tomato Festival.

Home of quarterly gun shows at the Franklin County Fairgrounds.

This one is a Homemaker Barbie that comes with a Ford Windstar Minivan and a matching gym outfit to take her kids to soccer practice in -- maybe karate and dance lessons too. She gets lost easily and has no full-time occupation. Her traffic jamming cell phone is sold separately.

Hilliard was the fastest-growing area in the whole United States in the 1990s. It expanded to meet ts neighbor to the west, Plain City and its Amish and non-Amish communities.

The Downtown or Olde Hilliard Area has been reconstructed to include new stores and a traffic roundabout. It still has its share of pickup trucks with gun racks in the window, though. Survivalist groups were big in the 1990s. It's much more an upscale suburb in the 2013s.

This Barbie lives closer to Downtown Columbus, just off to the west side.

This is a tobacco-chewing, brassy-haired Barbie with a pair of high-heeled sandals with one broken heel from the time she chased beer-gutted Ken out of Grove City Barbie's House. Her ensemble includes the low-rise acid-washed jeans, fake fingernails, and a see-through halter-top. Also available with a mobile home. 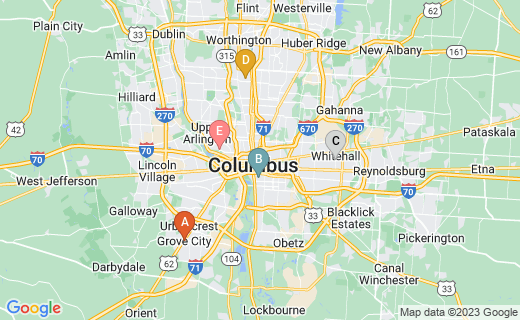 Close to two race tracks, including Scioto Downs; and, close to the casino on the west side of Columbus.

Home of the first discount department store in Columbus in the early 1960s: Whitehall Discount Store

I really love German Village, just south of Downtown Columbus. Parks, shops, delis, and ice cream parlors are fantastic here.The area was settled by German immigrants and their small homes are worth a fortune today.

The local bookstore is called The Loft and has about 50 rooms, open from early morning to 11 PM seven days a week. Area clubs are lively and the largest park offers free outdoor theater in warmer months.

German Village is a ritzy area where the bungalows go for $1 million or more. Many of the wealthy gay community have moved to German Village as well and enjoy it very much.

The caption I received for this doll goes like this: " This versatile doll can be easily converted from Barbie to Ken by simply adding or subtracting the multiple snap-on parts." -- That was a joking take on the number of successful gender-reassignment surgeries performed in Columbus each year.

My apologies to the gay community, for no offense is meant. We really do have a lot of these surgeries result in successful outcomes for the patient.

Whitehall has been a fun "inner suburb" of Columbus along East Main Street and Route 40,the National Road.

East Main Street has been full of clubs, motels for travelers, and drive-in movies, but most of that is gone now, except the motels.

Some homes are very nice, but many are really run down. Crime has been increasing and the last time I drove through a major intersection here, a squad of three police cruisers stopped, officers exited their vehicles with guns drawn, and cars were checked for criminal perpetrators.

From just east of downtown, this recently-paroled Barbie comes with a 9mm handgun, a Ray Lewis knife,a Chevy with dark tinted windows, and a Meth Lab Kit. This model is only available after dark and must be paid for in cash (preferably small, untraceable bills), unless you are a cop, then we don't know what you are talking about.

My apologies to the Mayor of Whitehall.

Grandview and Clintonville are also what we call "inner suburbs" -- Each is its own town surrounded by the growing Columbus metropolis.

Interestingly, every Saturday morning there is a Farmer's Market on High Street in Clintonville. At the same time, the Republicans and Democrats line up on opposite corners at two intersections with their political placards and yell at one another. Motorists honk in agreement or in protest. It truly is free speech at work - but it's pretty loud!

This doll is made of actual tofu. She has long straight brown hair, archless feet, hairy armpits, no makeup and Birkenstocks with white socks. She prefers that you call her Willow. She may not need or want a Ken doll. You may purchase two Grandview Barbies and receive an optional Subaru wagon.

This Barbie comes with a stroller and infant doll.

Optional accessories include a GED and a bus pass. Gangsta Ken and his 1979 Cadilac were available, but are now very difficult to find since the addition of the infant. Additional infant dolls optional.