Father of an angel, house painter, and billiards enthusiast.

in the world of pool. There are so many brilliantly talented players living in the region that it is difficult to pick a top eight. However, I believe that I can put together an accurate compilation that does some justice to the deserving. These are my personal picks and you are welcome to offer your suggestions if you have one in the comments section. I hope you enjoy. 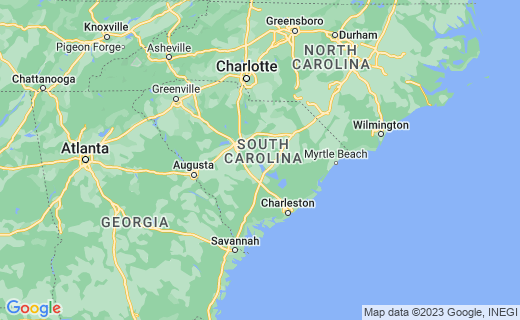 When I moved to this area, one of the first people I was warned to steer clear of was Tony "Tyson" Morrison. He was short in stature, but built like a beast. He was also a trash talker, and he was good at it. It didn't take me long to see that the warning I was given was a good one. Not only did he talk a good game, he could back it up. He had one of the smoothest strokes I've ever seen, and even past his prime with dwindling confidence, his accuracy was second to only a very few men in this world of ours. He played with a beautiful combination of power and precision, which added a certain spice to the game that you don't often see. Our personalities were distinctly different, but any fan of the game of pool could do little but admire a man with so much skill and heart. His list of accomplishments include hundreds of tournament wins and coming in the money in the US Open at least once. Sadly, "Tyson's" life was cut short in a tragic motorcycle accident last year. I thought to replace him on this list for a brief moment, but thought better of it. As long as there is a hub pages, there will always be at least one memorial to his life and accomplishments. Rest in peace, old friend.

The latest from Predator

This young man was beating some of the best in the world during the early part of this century. A native of High Point, NC area, he was ranked in the top 100 in the world at one time. He is fierce at the table, gritting his teeth until you are sure they are going to break. No matter how he holds his jaw, he swings his pool stick in dead stroke. BJ told me he once played a pro in a tournament in Florida in which he got a shot in the second rack and broke and ran the set out. Can you imagine breaking and running ten racks in a row? Mr. Ussery not only did it, he did it in competition against a champion. He has won a few professional tournaments, and has had a few quality finishes in the US Open. He still competes on the local tours, but now spends the majority of his time playing poker.

Here is another name that you won't know if you are not an insider in the world of pool. Keith is the nemesis of BJ Ussery, and another unknown to the general public. He is legendary in an area full of legends and lives in Fayetteville, NC. Keith has won many semi-pro events on the "Great Southern Billiards Tour". I do not have any knowledge of his winning a professional event. However, he did beat one of the Filipinos at this years US Open for a few thousand dollars. Mr. Bennett would probably be classified as a hustler, but that does not take anything away from his skills on the table. When he is in gear, he can run out with the best in the world.

Here is another player that is well known around the country. His break is considered by many to be as good as any player in the world, and better than most. "The Truth", as he is known in billiards circles, resides in Greenville, SC, but hales from Wisconsin. As far as accolades go, Mr Nevel is the 13 time Wisconsin state champion along with a host of other titles and victories. Most notably, he was the World All Around Champion in 2003. Recently, he competed at this years US Open shortly after being in a major car accident. He performed pretty well considering his condition. Although he did not make it to the finals, you have to respect a guy with that much gumption. On a different note, I have had the pleasure of playing a bit of pool with this man. Contrary to some folks opinion, he was an absolute gentleman at the table.

Tony Watson is a name you probably will not have heard unless you are a billiards enthusiast. He is not a sponsored player, nor do you find very much information when you look for him on the internet. However, this unknown legend is a giant slayer in the game of pool. You'll find him playing in the green rooms at the major tournaments around the country, drilling the pros to the wall and taking their money. This year I watched him play Jason Klatt a race to 11 for $4000 at Cue Masters in Chesapeake, Va, during the US Open Championships. The "Little" animal out of Hickory, NC demolished the Canadian Champion with a savage break and lethal accuracy. Klatt did not make many mistakes, but "Little Tony's" finesse and power combination was just too much for him to handle. If you enjoy watching the best in the world, take the opportunity to watch him play. You'll be glad that you did.

Most recently, he has had a series of cashes in a number of pro and semi pro tournaments. He was playing the infamous Richie Richeson at some point for substantial cash, as well as a host of other major players. His repertoire is growing, and you may well see this man's name at the top of the charts one day.

Maybe a Joss is more to your liking 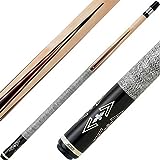 This fellow here is well known competitor in the sport. Shannon's major victories include winning the Legends of One Pocket Billiards three times, World All Around Champion, and a slew of other events. Mr Daulton is also a member of the One Pocket Hall of Fame, a prestigious group if ever there was one in the game of pool. I've watched him compete on a number of occasions. His precision rivals the best in the world, besting a number of them.

Born in Columbia, SC, he now resides in Simpsonville, SC. Although S.D. still competes in major events, Mr. Daulton has created a semi-pro tour named "The Great Southern Billiards Tour" that has tour stops across the SE United States. "The Cannon" is not only a very talented pool player, he is also an absolute gentleman. The game of pool needs more characters with as much class as he brings to the table.

The 8 time World Champion, Earl Strickland, has called the region home most of his life. Born in Roseboro, NC in 1961, he lived in the same area for the better part of the next 50 years. Most recently, Mr Strickland has taken his game to the big apple to be the house player at Steinway Billiards in New York, New York. Even though I haven't seen him since he left, the guys who have say he has received a warm welcome from the folks there. Based on their accounts, he stays in action and can get it done as well as anyone in the world.

Earl Strickland will always be considered one of the finest minds to ever grace the cloth.This man was once considered the most feared player alive. He has performed in just about every possible venue on Earth, and has beaten just about every one who plays his game at one time or another. Even through his high tempered rants and tournament fiascoes, Earl will be forever enshrined in the minds of billiards fans the world over for the amazing things he can do on the felt. His passion and precision are a thrill to watch. Thank you for giving us so many amazing memories, champ.

Do you want more?

Who Is You Favorite Pool Player?